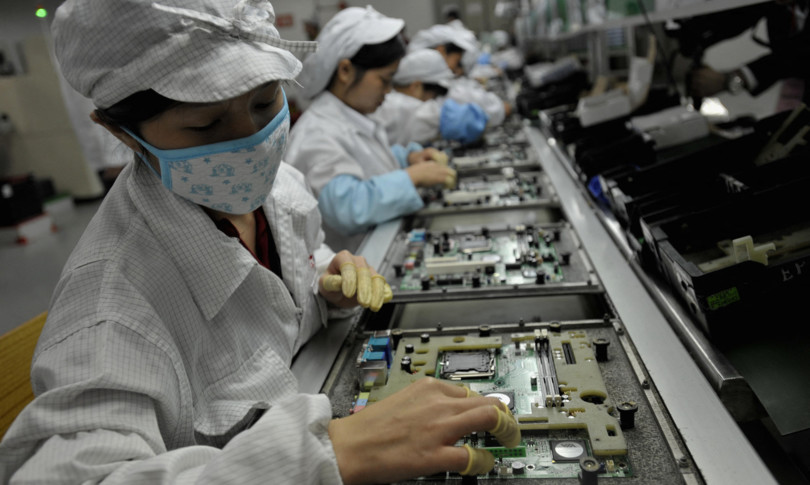 Foxconn, the world’s largest producer of electronic components must stop production in Shenzhen, due to the lockdown imposed by the authorities. The OEM manufacturing giant (an acronym which stands for “original equipment manufacturer” and indicates systems or components that will be used in another company’s final product) is a supplier of Apple and Samsung and was forced to stop production at the Longhua (which covers an area of ​​2.3 square kilometers) and Guanlan (which covers an area of ​​2.95 square kilometers).

The Shenzhen hub is Foxconn’s second largest in Chinaand the group confirmed that its employees have begun to undergo mandatory tampon cycles for all residents announced by local authorities, after the spike in infections that prompted the local administration to declare a lockdown.

Shenzhen is one of the most important technological hubs in China, but also the first city in the country by volume of exports, which reached $ 300 billion in 2021. After the Shenzhen lockdown was imposed, Foxconn tried to send reassuring messages.

The Shenzhen complex of Hon Hai Precision Industry, the company’s original name, is mainly used in the development and introduction of new products for Apple’s iPhones, recalls the company quoted by the Taiwan Central News Agency, while the base for mass production is in Zhengzhou, in the inner Chinese province of Henan.

Despite the entry into production of the latest iPhone model, the iPhone SE, unveiled to the public by Apple last week, the group has assured that the suspension of production at the Shenzhen plants should not affect the deliveries of the new iPhones.

The picture may not be so rosy: according to a recent list of suppliers released by Apple, the assembly of the iPhones is handled by the factories in Longhua and Guanlan, while the production lines are located in the free trade zone of Futian, also in Shenzhen.

Despite the reassurances, the suspensions at Foxconn’s plants, according to Chinese experts cited by the tabloid Global Times, will have repercussions on deliveries although they can be offset by increases in production and faster deliveries after the restrictions are over.

Founded by Taiwanese tycoon Terry Gou, Foxconn has made headlines in recent years also for working conditions and suicide cases among the 1.3 million employees (14 in 2010 alone). The situation in terms of workers’ rights has not particularly improved over the years and not only Apple is in the sights: in 2019, on the recommendation of a former engineer of the Hengyang plant, Tang Mingfang, an investigation by non-profit organization China Labor Watch pointed the finger at the illegal working conditions of student workers on the assembly lines of its factories for Amazon products.