In 26 months, Alberto accumulates an inflation of 123%, the highest record for a government since 1991 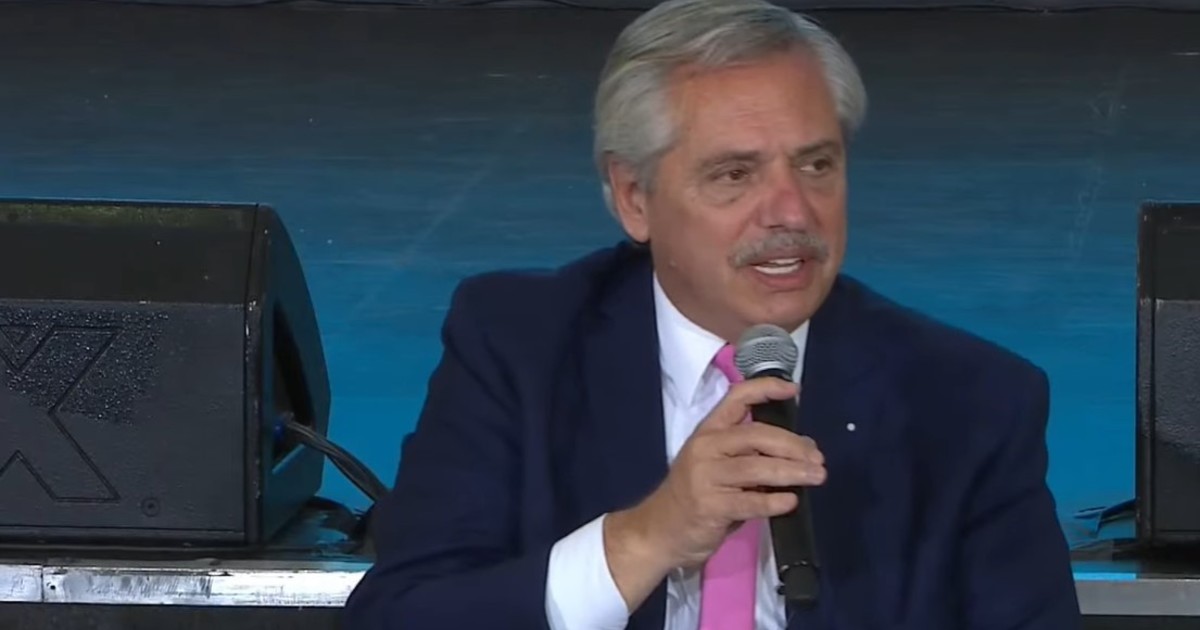 Since the assumption of Alberto Fernández in December 2019, Argentina accumulates a general inflation of 123%. No administration since 1991 had recorded such a sharp rise in prices in its first 26 months.

A survey by the Fundación Libertad y Progreso shows that after registering the Consumer Price Index (CPI) of 4.7% in February, Alberto comfortably leads the ranking´. They are followed by Mauricio Macri, with a record of 84% for your first 26 months; Cristina Kirchner in her second term with the 73%; Christina with 58% in his first term and Nestor Kirchner with 13%. Fernando De la Rúa, even within the Convertibility from 1 to 1, had deflation until he had to leave the presidency two years after taking office in December 2001.

In the more than two years that Alberto Fernández has been president, the item that reported the highest increases was Clothing and Footwear, which increased 179%almost 60 points more than the general index.

There was also an above-average rise in the Food category, with a jump of 132%. This is the sector with the highest incidence in the CPI. “This phenomenon occurs even within the framework of export duties and having implemented export closures,” they stressed from the Foundation.

The other items that rose more than the accumulated inflation were Restaurants and Hotels with the 149%Recreation with 141%and Transportation and Fuels, with the 128%.

While the government insists that inflation is a multi-causal phenomenon and doubles price controls to control it, economists retort that this is not the way to go. “The president said that the war against inflation begins on Friday. If he is going to keep his word, then on Thursday must declare war on the fiscal deficit. Last year, the Central Bank’s assistance to the Treasury to finance the deficit reached 3.7% of GDP, which is equal to $2 billion pesos,” said Eugenio Marí, chief economist at the Fundación Libertad y Progreso.

“The government continues betting on the control and prohibition of exports to contain food prices, far from the real battle against inflation,” added Mari.

In addition, the economist pointed out that “these measures, which have already been implemented in the past, have always contributed to destroying exports, losing markets and lowering the levels of registered employment. To make matters worse, as production is discouraged, at the end of the day there is less wealth and less supply of productsincreasing poverty.

The economist Diego Piccardo pointed out that “the items that have regulated prices in their composition are strongly lagging behind the others. This is clearly seen in the prices of public services, which have been practically frozen since the government took office and are now starting to unfreeze. In this way, it is to be expected that, given that macroeconomic imbalances persist and regulated prices begin to adjust, this year’s inflation is greater than 50.9% of 2021”.

For LCG Consulting, “the closed program with the IMF predicts a further escalation of prices. Recomposition of rates and a reserve target that imposes at least a faster exchange rate crawling will add pressure on domestic demand. At the same time, there will be imported inflation from the rest of the world both because of the post-issuance effect of the pandemic and because of the impact of the war on food and fuel production. Considering these factors, our projection of 60% annual inflation by 2022 looks like a floor.”