Italy: The cost of meat has risen by 20%, but it’s not just the war’s fault 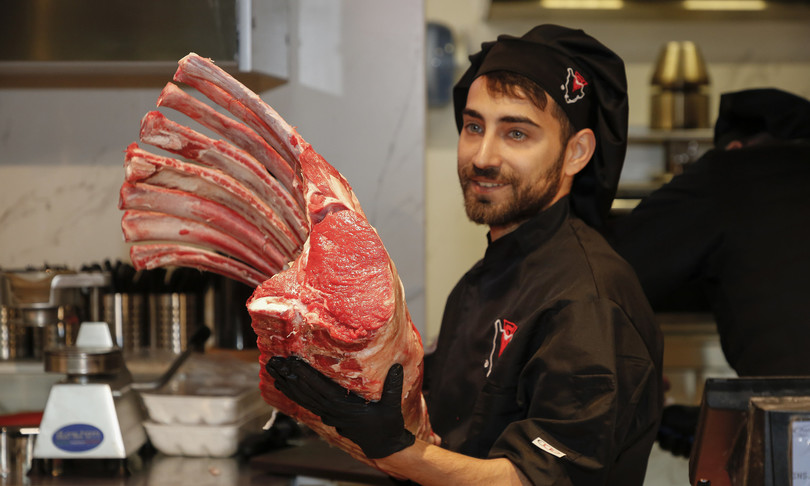 Not just bread. The spiral triggered by the geopolitical instability that has caused the prices of energy and raw materials to soar, is falling with its effects also on the meat sector with increases in the wholesale cost of nearly 20% – the estimates are all in agreement – on prices which, however, were almost stable since 2000, despite natural inflation.

But it is not only the cost of corn “The most urgent problem – continues Scordamaglia – has become, in these days, the absence of fertilizers that Russia produces for over 20% of global production and without which we also risk the crops future. We immediately asked for the immediate use of the digestate to be allowed – the best possible alternative fertilizer in existence – obtained from biogas (Italy is the fourth largest producing country in the world) and we are pleased that the Government is following us on this “.

The hypothesis of doing without meat

At a European level today 40% of the entire agri-food sector is made up of livestock, which is worth about 170 billion euros and directly employs more than 4 million people. “Animal products contribute 20% of calories, 35% of proteins and over 50% of fundamental nutrients to human nutrition worldwide (essential amino acids, vitamin B12, iron, etc.). They are therefore irreplaceable in that their absence would cause serious deficiencies, especially in developmental ageas the medical literature has noted and confirmed in the poorest areas where mothers and children have a poor diet of these foods “says Giuseppe Pulina, president of Sustainable Meat, the non-profit association that unites the main acronyms that represent the producers of carne, Assocarni, Assica and UnaItalia.

“By eliminating animal products, which consume only 14% of food intended for humans, we will deprive ourselves of much more substantial contributions of proteins and above all of micronutrients. So the sustainability account would be in dramatic loss. Furthermore, most of the areas used by livestock animals, ruminants in particular, cannot be cultivated, except with serious and irreparable damage to biodiversity and soil, so the only way for us to get food is through grazing. Finally, for greenhouse gas emissions, eliminating animals would not change the carbon balance, as the one emitted by them, even in the form of methane, is of biogenic origin and re-enters the cycles while the extra one that should be used to increase the crops (which per nutritional unit use more energy per hectare) would be of fossil origin and therefore would cumulate the greenhouse effect “.

Because the prices have gone up

But returning to the cost of meat, where does this spiral of increases come from? According to Scordamaglia, the fault is not entirely attributable to the rise in the price of raw materials “although the area affected by the Russian war in Ukraine is responsible for the production of about 20% of global corn, the feeling is that we are also facing highly speculative behavior at an international level for the storage of this product with the aim of increasing its price and then putting it on the market “.

Italy’s dependence on foreign countries is a known phenomenon, which in recent months has strongly emerged for the energy sector and now also for the agri-food sector. But if plans have already been defined for energy to free itself from Russian sources, albeit long-term, for agricultural raw materials instead it seems that Italy is destined to perpetuate its non self-sufficiency. “Not really, as the Italian and Coldiretti supply chain – continues the managing director – we highlighted the possibility that our country, with adequate forms of public intervention, immediately makes available a large arable area to increase the level of self-supply of national production of corn which in 15 years has fallen from total self-sufficiency to just 50% of this “.

A theme, that of food sovereignty, which applies to meat as well as wheat and which also concerns our European policies “Even before the recent international tensions on the markets we denounced the need for the Farm to fork strategy to be preceded by a serious evaluation of impact to understand the effects on European agri-food production “. says Scordamaglia “and it is even more true today, when the heads of state and government met in Versailles they identify food sovereignty as an absolute good to be protected both for the benefit of European consumers and the poorest parts of the planet. Moving forward in a strategy that according to recent studies will lead to a collapse of European agri-food production in some cases by 30%, increasing global food insecurity in addition to the price of all agricultural and food products, is short-sighted and irresponsible, it would mean becoming even more dependent on third countries, such as those of mercosur which among other things do not guarantee the same safety and environmental standards. In short, obtusely repeating the mistakes already made due to energy dependence “.

Outcomes that in Scordamaglia’s analysis seem to be even worse if we look only at the meat sector “The main damage of these scenarios is being reflected in our livestock production chain of meat and milk, from which the majority of the country’s food excellences derive. We have irresponsibly dismantled thewith Italian bovine production, which in a few decades went from 10 million head to half. Once we close a stall, it no longer opens and we will be forced to import from areas of the globe that produce with lower standards than ours “.

In summary, to cope with the increases, it is not enough to disengage from Russia and perhaps increase imports, for example with the United States or Argentina, as we have heard in recent weeks. “If a country like China stores 60% of global wheat production, 50% of corn and rice in a few months, it is immediately understandable that increasing the dependence of third countries is not the solution and that increasing imports only means weakening the European continent from a geopolitical point of view – says Scordamaglia – today the absence of cereals is also due to speculative phenomena often intra-European (see what Hungary did for example) which must be immediately countered “.

What to do then? “The only solution – continues the managing director – is not to increase imports but an immediate modification of the CAP, canceling all forms of support for the non-use of productive land and an increase in resources to support tools that increase the level of self-supply of food. Furthermore, with regard to imports from third countries, it is necessary immediately implement the French proposal to only allow imports into the EU of products that, from an environmental, qualitative and working point of view, respect – and are able to demonstrate it – the same standards envisaged for European farmers “.

In particular from the environmental point of view “The FAO tells us that animal farms have an impact, for greenhouse gases, for 14.5%, also considering the change in land use” explains Professor Giuseppe Pulina “However – he concludes – in Developed countries these figures are decidedly lower. In Italy Ispra calculates an impact of around 7% for all agriculture, around 5% for animal husbandry and around 3.2% for meat on the total impacts. These data also show a progressive decrease from 1990 to today and a carbon balance of rural systems dedicated to animal production in carbon credit (about 1 million tons per year). If we consider that producing 1 kg of cow’s milk in 1950 impacted 4 times more than today and that for beef we are at a quarter (while for poultry and pigs we are at a third) we can understand how the intensification has been sustainable for the ‘Italy”.