A new wave of aliyah and the problems of the Israeli economy. Overview 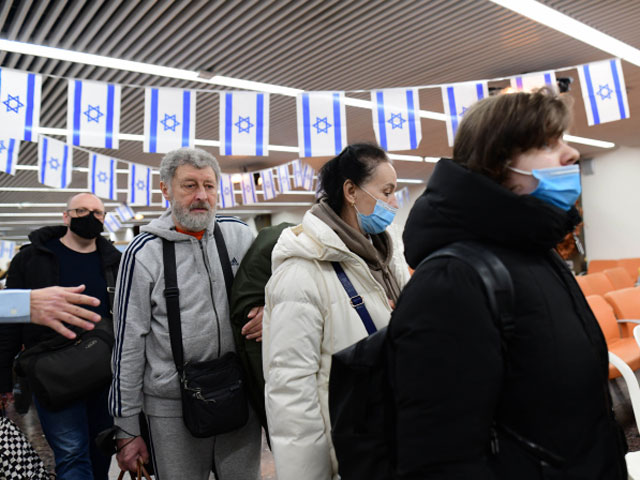 Against the backdrop of record inflation over the past 40 years, the US Federal Reserve System (Fed) for the first time in four years announced an increase in the discount rate. The increase in the discount rate is intended to contain price growth, but at the same time it increases the cost of loans and restrains the economic activity of the population and the commercial sector. At the same time, not all analysts are sure that this step will work, and in many forecasts the specter of stagflation pops up – the economic crisis of the 70s, when the decline in production and rising unemployment were accompanied by high inflation.

For the Bank of Israel, this means the opportunity to also start raising the discount rate without fear of excessive strengthening of the shekel. At the same time, almost everyone is talking about the need to raise the discount rate in Israel. Moreover, the emphasis is not even on curbing inflation, which in Israel is lower than the average in the West, but on withdrawing excess money from the real estate sector, which has become an alternative for Israelis to invest free money in securities.

A new wave of aliyah and the Israeli economy

Although the potential wave of repatriates from Russia and Ukraine after the lifting of coronavirus restrictions has been discussed for a long time, Israel did not prepare for it. On February 21, when Russia had already issued an ultimatum to Ukraine, Finance Minister Avigdor Lieberman, in an interview with NEWSru.co.il, was still saying that there was nothing to prepare for, since the demand for repatriation to Israel in these countries did not exceed the background level. “We are talking about the minimum numbers. I met with the head of Nativ yesterday and checked this topic, and there are no changes at all. The numbers are as usual. And not only there is no increase in applications, but even an increase in the number of those interested. we will be able to absorb even if such a situation arises,” the Minister of Finance said at the time.

Three days later, the situation changed dramatically, and the minimum forecasts speak of 50-70 thousand new repatriates from the two countries, not counting refugees. Moreover, this aliyah will be fundamentally different from previous waves of Russian-speaking aliyah, primarily in that it was forced to repatriate in a crisis situation, without the Zionist aspirations of the aliyah of the 70s, without the possibility of a preliminary understanding of the decision, unlike the “big aliyah” of the 90s, and without the possibility of withdrawing accumulated capital to Israel, as did a large part of the so-called “Putin’s aliyah” of the mid-late 2010s.

If the Israeli government is expected to stall on the issue of accepting refugees due to the lack of clear legislation and ideological differences, then on the issue of preparing for the reception of repatriates, work began “right off the bat” without unnecessary coalition disagreements. According to the Minister of Finance, the reception of repatriates will cost 4.3 billion shekels, and at the moment this money is in the state treasury.

Issues of paperwork, initial placement of repatriates, medical insurance, allocation of an absorption basket are well worked out. In the context of a record number of vacancies in the labor market, the issue of primary employment will not be acute, enrolling children in schools and kindergartens, expanding the ulpan system should also not become an acute problem. The main headache of the government at the moment is the housing issue after the first weeks and months, when repatriates who have no relatives in the country are accommodated in hotels, boarding houses and absorption centers.

Since the opportunity to develop plans for resettlement in advance has been missed, emergency solutions to the housing problem are being sought on the go. The Ministry of Construction and Housing, which has 3,000 families on the waiting list for social housing and more than 20,000 families on the waiting list of the Ministry of Aliyah and Integration, suddenly found almost a thousand apartments in its housing stock, which are planned to be urgently repaired and provided for the reception of new repatriates. In addition, when vacating social housing, it is planned to give priority to elderly new repatriates over those on the waiting list. Two more original options are the suspension of the demolition of bases liberated by the IDF in the center of the country for the resettlement of repatriates in the vacated barracks and the conversion of agricultural buildings in kibbutzim and moshavim for housing. Part of the repatriates, which will have the opportunity and funds to rent housing from the first days, will be offered a subsidy for renting housing. However, the main tool for accommodation in the medium term should be the revival of “caravan” (trailer) quarters, the last of which disappeared in Israeli cities in the late 1990s.

Now there are voices in the government proposing to send repatriates “to strengthen the periphery – the Negev and the Galilee”, as it happened more than once in the history of the country. I would like to hope that this time the government will put the ideology aside and take into account the mistakes of the past years, and when resettling repatriates, the capabilities of the host municipalities will be taken into account.

From the point of view of the real estate market, the wave of repatriation came at the most unfortunate moment. On the eve of the CSB recorded a 13% increase in housing prices over the past year. Such a significant increase in demand for real estate will only spur price increases. Few of the repatriates can count on buying a home immediately upon arrival, however, their arrival will spur an increase in rental prices, which in recent years have somewhat lagged behind the growth in purchase prices, and, accordingly, will make the purchase more profitable for investors, despite the increase in tax on purchase. And although, as I wrote above, the increase in the discount rate should have a negative impact on demand, its effect is unlikely to be significant.

Interior Minister Ayelet Shaked intends to take advantage of the situation to push through a significant reduction in the bureaucracy in housing design, which in Israel takes several times longer than in other developed countries. In addition, it is planned to ease the design requirements for housing on private land with a large number of small owners. As with neighborhood renewal projects, the plan is to reduce the majority of rights holders’ votes to advance projects to 51%. However, all this takes time to agree, approve and implement, so in the near future I do not see the prospects for a significant slowdown in housing prices.

In recent days, Israeli economic observers have been focusing on rising property prices, arguing that “government moves to reduce food prices, which will save a family even a few thousand shekels a year, do not play a role in the increase in the cost of an apartment by 180,000 shekels per year.” the same year.” This approach sounds rather strange, especially for families whose plans do not include the purchase of an apartment anyway, but who are forced to buy food every day. The presence of one serious problem that Israeli governments have not been able to cope with for years does not mean that all other problems can be abandoned.

The consumer price index in Israel rose in February by 0.7%, bringing annual inflation to a record 3.5% since 2009. And this index does not take into account the “Ukrainian surcharge”, which will appear in the next index. So far, we are talking about those rises in prices that were announced in December-January and supplemented by the February jump in oil prices. The rise in prices for grains and other raw materials will only be reflected in the March index, which will be published in April.

The data announced by the Ministries of Finance, Economy and Agriculture that Israel has stocks of grain for five months did not prevent flour producers from raising prices for their products right now. Prices for fresh vegetables and fruits rose by 5.3% in February.

Against this background, the words of representatives of the agricultural lobby about “food security” sound simply ridiculous. Agriculture is undoubtedly necessary for Israel, both as a producer of local agricultural products and as a custodian of land (both politically and environmentally). But the country’s agriculture has long been unable to ensure food security for 9 million Israelis. Moreover, restricting the import of avocados, pineapples, raspberries, blueberries and a large number of other products has nothing to do with food security at all, even if we believe that our farmers can provide it to the country. From my point of view, in order to ensure the country’s food security, local production must be strengthened by establishing relationships with reliable suppliers of quality products from abroad, and, if possible, diversifying the countries and regions of supply so as not to depend on local geopolitical and natural disasters.

However, lowering or even abolishing the import duty on agricultural products will not solve the problem on its own. Because the existence of these fees is only part of the problem. If we take the same pineapple, which is 6 times more expensive in Israel than in Europe, then even with the abolition of the duty, it will be 5 times more expensive. Because the main part of its price is formed not by the duty and not by the cost of cultivation, but by the sanitary requirements for imports, introduced to protect local farms that grow pineapples, bananas and avocados. As in other areas, Israeli producers lobby to protect their interests through the introduction of special local standards for products and labeling, so in agriculture, price cuts are often blocked not by duties, but by extremely stringent sanitary requirements.

But even the steps that the ministers of finance and agriculture have already announced will be difficult to implement in an unstable coalition, whose 18 deputies support the position of the agricultural lobby.

As for the plans announced by the Ministry of Finance to decentralize the food market, even if they are eventually implemented, we are talking about attempts to stop further centralization, not decentralization.

A much more important event for the Israeli food market should be the announced arrival in Israel of the French brand Carrefour, the eighth largest retailer in the world. I will make a reservation right away, you should not expect that in the Yainot Bitan and Mega stores, after changing the sign to Carrefour, prices will drop to European ones. But chances are good that the arrival of Carrefour will do for the food market what Ikea did for the local furniture market and Decathlon did for the sports goods market. Prices in the local branches of these chains are noticeably higher than in Europe, but they brought down by tens of percent the price level that was on the local market before they appeared. First of all, a player like Carrefour is not associated with the Israeli game of exclusive imports, as it has direct access to all leading manufacturers. Only this fact will allow him to reduce the prices of many popular brands in Israel. If the information circulating at the level of rumors about the arrival of another large international retailer in Israel is confirmed, this will have a much more significant effect on prices in the local market than many other government steps.