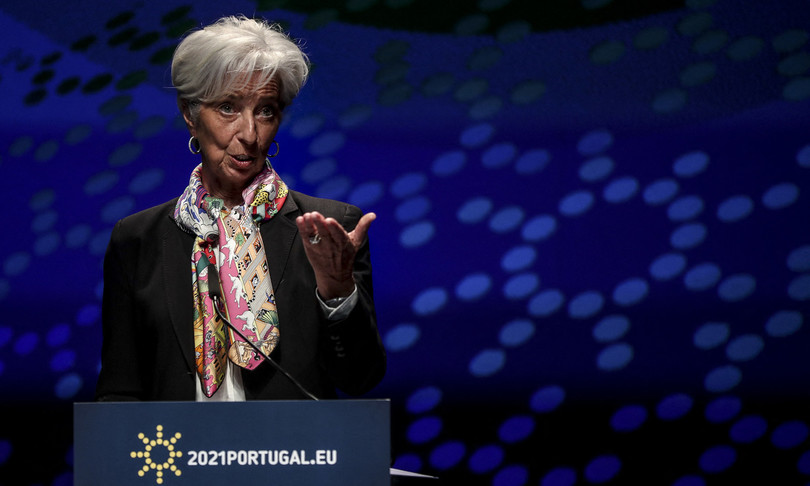 AGI – The ECB leaves interest rates firm and confirms “the very accommodative stance of its monetary policy”. In particular, the interest rates on the main refinancing operations, the marginal lending facility and the deposits with the central bank will remain unchanged at 0.00%, 0.25% and -0.50% respectively.

The Governing Council, reads the note released at the end of the meeting, “the reference ECB interest rates are expected to remain at or below levels to the current ones until it sees inflation prospects firmly converging on a level sufficiently close but below 2% in its projection horizon and this convergence will not be reflected in a coherent manner in the underlying inflation dynamics “.

The Governing Council will continue to conduct net asset purchases under the Pandemic Emergency Purchase Program (Pepp), with a total financial endowment of 1,850 billion euros, at least until the end of March 2022 and, “in any case, until the critical phase linked to the coronavirus is concluded.

Eurozone inflation “will rise again in the second half of the year before declining when the transitory factors” that favored its growth “disappear”. This was said by the president of the ECB, Christine Lagarde, stressing that the trend in consumer prices “will remain below our target in the horizon of our forecasts”.

The ECB is “slightly more optimistic” on the economic scenario “than three months ago”. Lagarde added, underlining however that “some uncertainties remain”, mainly linked to the progress of the pandemic. “Our policies, together with those adopted by national governments and other European institutions, remain essential to support bank lending conditions and access to finance, particularly for the most affected individuals and sectors.”

A ‘dovish’ message, which postpones most of the decisions to the September meeting when the picture of the rebound in GDP and inflation in the Eurozone will be clearer. Analysts all read in the same way the message from the president of the European Central Bank, Christine Lagarde, at the end of the board of directors of the central institution.

“The press release is largely a copy of the April one. The ECB continues to emphasize the flexibility of the Pepp and, very importantly, it expects the purchases of the Pepp to continue at a ‘significantly higher’ pace compared to the first months of the year “, comments Pasquale Diana, Senior macro economist of AcomeA.

Lagarde “underlined that the new forecasts bode well compared to the more modest ones in March. The Central Bank continues to see an economy operating below potential and is not worried about the pressures on the wage side, although there are more encouraging signs on the core inflation side, ”continues Diana.

“The outlook for European inflation is a fundamental element in the political decisions of the ECB and, for now, they remain under control”, comments Giuseppe Zaffiro Puopolo, Moneyfarm manager.

“Consensus expectations see inflation still below the Central Bank’s target, both in the short (2 years) and long term (10 years). For this reason, it seems reasonable to us to assume that the political support of the ECB will remain intact for a long time, regardless of its decision on the pace of asset purchases, ”he adds.

For this reason, the analyst believes that “if the ECB were to reduce the pace of asset purchases in the coming months, this should be considered an operational decision, rather than a policy”, assuming that the support will still remain until the end of the pandemic, that is, as expected, until March 2022.

“The ECB takes time and postpones the most important decisions, probably to the meeting on 9 September, when the estimates on inflation and GDP will be updated and, perhaps, the strategic review will have been completed. On this point Lagarde reaffirmed her commitment to complete the works during the second half of the year ”, he comments instead Antonio Cesarano, Chief global strategist of Intermonte.

“Today we had confirmation that the ECB will also be well present during the summer. Looking ahead, the September decision will also depend on the impact that inflation will have on real consumption, ”he adds.

Per Fabio Castaldi, Senior investment manager of Pictet asset management, “On the inflation side, most of the upward revisions are attributed to basic or in any case temporary effects with medium-term projections (1.4%) still well below the 2% policy objective”.

Therefore, “the purchases of bonds by the ECB under the Pepp program will continue at a significantly higher rate than at the beginning of the year – and increased in the second quarter -, with the due flexibility required by the summer period”. In conclusion, the wait shifts to September, when the strategic revision of the ECB’s monetary policy “could be in the pipeline”.