Eni announces a new oil discovery in the Mexican offshore 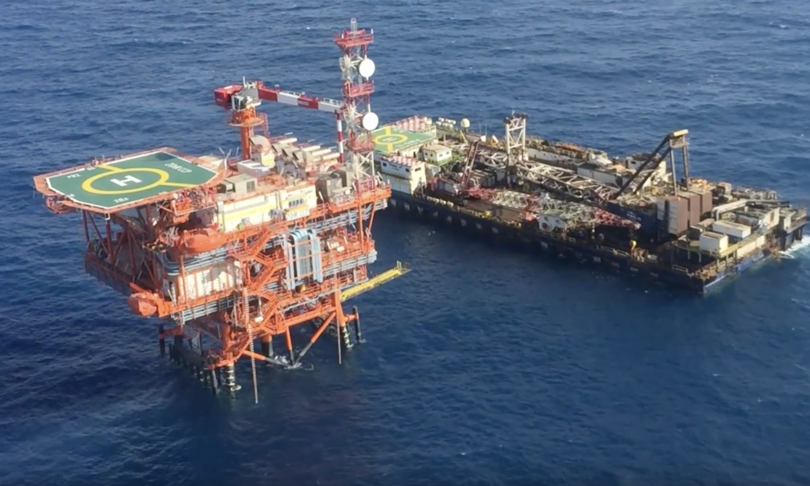 ` – Eni announces a new oil discovery in the Upper Miocene sequences of the exploration prospect called Sayulita, located in the medium-deep waters of Block 10, in the Sureste basin, in the Mexican offshore. Preliminary estimates, a note reports, indicate that the new discovery may hold between 150 and 200 Mboe in place.

The Sayulita-1 Exp exploration well, which led to the discovery, is the seventh successful exploration well drilled by Eni Mexico in the Sureste basin, and is the second contractual well in the block. It is located about 70km from the coast, about 15km from the previous Saasken oil discovery, and was drilled by the Valaris 8505 semi-submersible rig in 325 m of water depth, reaching a total depth of 1758 m asl.

Sayulita-1 Exp encountered good quality oil mineralization in the Upper Miocene sequences with an overall net pay of over 55m. The reservoirs are sands with excellent petrophysical properties. An intense data acquisition campaign was carried out on the well, indicating production capacities of up to approximately 3,000 barrels per day.

The discovery, which follows the one made in 2020 with the Saasken-1 Exp well, confirms the potential of the area and opens up to the potential commercial development of Block 10 in consideration of the possible synergies with further prospects in the area that can be developed through a single Hub.

The Joint Venture of Block 10 is composed of Eni (Operator, 65%), Lukoil (20%) and Capricorn, a wholly owned subsidiary of Cairn Energy PLC (15%). Mexico is a key country in Eni’s future organic growth strategy, which currently produces more than 20,000 barrels of oil equivalent per day (boed) from Area 1 in anticipated production configuration, and expects to rise to 65,000 boed in 2022 and reach a plateau of 90,000 boed in 2025.

Eni has been present in Mexico since 2006 and in 2015 it set up its wholly owned subsidiary Eni Mexico. Eni currently holds interests in eight exploration and production blocks (six as Operator), all located in the Sureste Basin in the Gulf of Mexico, where it is carrying out an important exploration / delineation campaign.