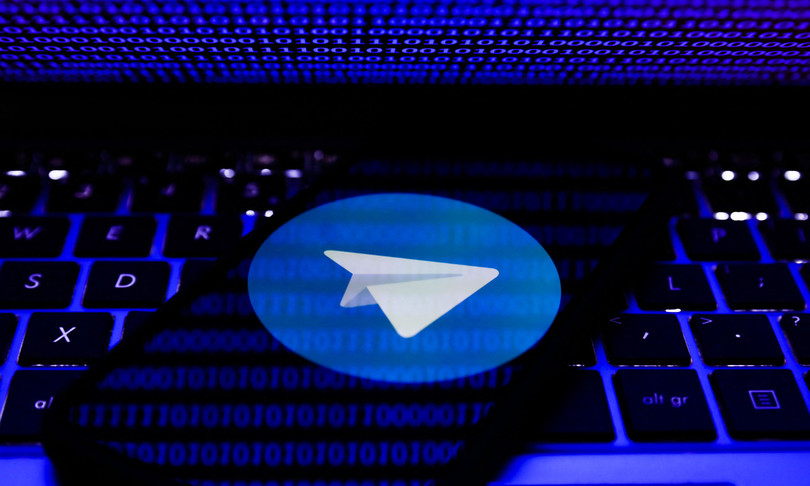 Telegram is probably the social network that has gained the most popularity since the outbreak of the conflict in Ukraine. If Twitter has become an indispensable tool for the ‘broadcast’ communication of the Kiev government, a battleground between official accounts of embassies, governments, public figures openly supporters or opponents of one or the other side, Telegram with its 500 million users has become the channel where Russian state media, Ukrainian hackers, independent journalists on the battlefield they communicate without restrictions or problems of violating community standards what they see, or sometimes what they say they see.

Facebook, Twitter, YouTube, Instagram and other large social sharing platforms have opted for a hard line towards the Kremlin: via state media and via the accounts that spread Vladimir Putin’s propaganda to prevent even feednews from becoming megaphone of the Moscow version. But also Russian social networks, Vkontakte the most popular, they seem to have decided to close links and accounts that do not respect the state narrative. Telegram no.

The “secular” line of Telegram

Telegram has taken a more secular line: no channel is banned, anyone can stay on the platform, but it has kept a strict privacy policy for anyone who shares content on the messaging app. “Our main hope is to stay connected to our Telegram channel,” Galina Timchenko, chief editor of the independent Russian news site Meduza, told the Center for the Protection of Journalists (CPJ) a few days ago.

Facebook and Instagram have already taken this media offline, which is very popular in Russia, and Vkontakte has also disabled it because it is not aligned with the official voice of the Kremlin. On Telegram there is. According to data released by the company, the messaging app has been downloaded more than 150 million times since the beginning of the year and the official figure of half a billion active users dating back to January 2021.

The decision to keep all channels open, regardless of what voice they give or who is behind it, follows the personal story of its founder. Pavel Durov, 38, is the founder of Vkontakte, the Facebook of Russia. But in 2014 he was forced to sell it to men close to Putin for opposing the disclosure of personal data of the anti-Russian protesters who started the Euromaidan protests in Kiev. Durov, of a Ukrainian mother and a Russian father, left behind a hefty salary.

Two years later he founded Telegram where he continued to adopt the same libertarian approach: no community policy, maximum privacy and message encryption in channels that can accommodate up to 200,000 people. In recent days Durov has condemned the war, recalling his Ukrainian origins, and reiterating that no citizen of Kiev should feel their privacy threatened by using social media.

In reality, Telegram has benefited from this atypical positioning since before the conflict in Ukraine. Over the years it has entered this segment: maximum freedom and total loss from the business logic of the great American social media, based on profaning user habits and advertising.

Telegram downloads peaked in 2021, when a report from the ProPublica network revealed that Facebook teams were viewing messages sent via WhatsApp (which should be encrypted). But Telegram also benefits from the image of its founders, the brothers Pavel and Nikolai Durov.

“Telegram is a great story of revenge, and everyone loves these kinds of stories,” says Enrique Dans, a professor of information systems at IE Business School in Madrid. “Will that be enough to make Telegram the world’s favorite messenger? That’s a long way off. It still has a lot to show in terms of security, encryption and business model.” The platform, which is based in Dubai, claims to be “more secure than mass messengers like WhatsApp”, it does not encrypt messages by default, unlike the Facebook branch.

A social network not immune to disinformation

“The fact that Telegram’s reputation has grown tremendously in recent weeks has increased the impact of disinformation on the platform,” explains Jamie MacEwan, as the messaging service has already been criticized for many years for its propensity to filter content. blocked by other social networks. On Friday, Brazil’s Supreme Court ordered Telegram to be blocked for failing to comply with court orders related to disinformation.

“Meta (formerly Facebook) employs tens of thousands of moderators and still lets big problems pass”, Jamie MacEwan reasons, but “what kind of investment Telegram can make in moderation with its current funding model is unclear.”

Telegram is looking for a solid business model. At the moment it still relies largely on the money invested by Pavel Durov. He tried alternatives, but failed. In 2019, it raised funds for an initial coin offering (ICO): $ 1.7 billion to launch its own cryptocurrency and become “a real alternative to Visa and Mastercard”.

But the project failed due to a lack of approval from the SEC in the United States, and the company was forced to repay most of the funds. Telegram is completely free. Last year it launched a paid premium account, but at the moment it is unknown how many activated it.

In April 2021, Russian business newspaper Vedomosti reported that the group was preparing to go public in 2023 and was aiming for a valuation of between $ 30 and $ 50 billion. “The valuation that Telegram could achieve depends a lot on its monetization strategy“, according to Enrique Dans,” and Durov hasn’t been very clear about this so far. ”