A Buenos Aires town launches its own brand to lower prices 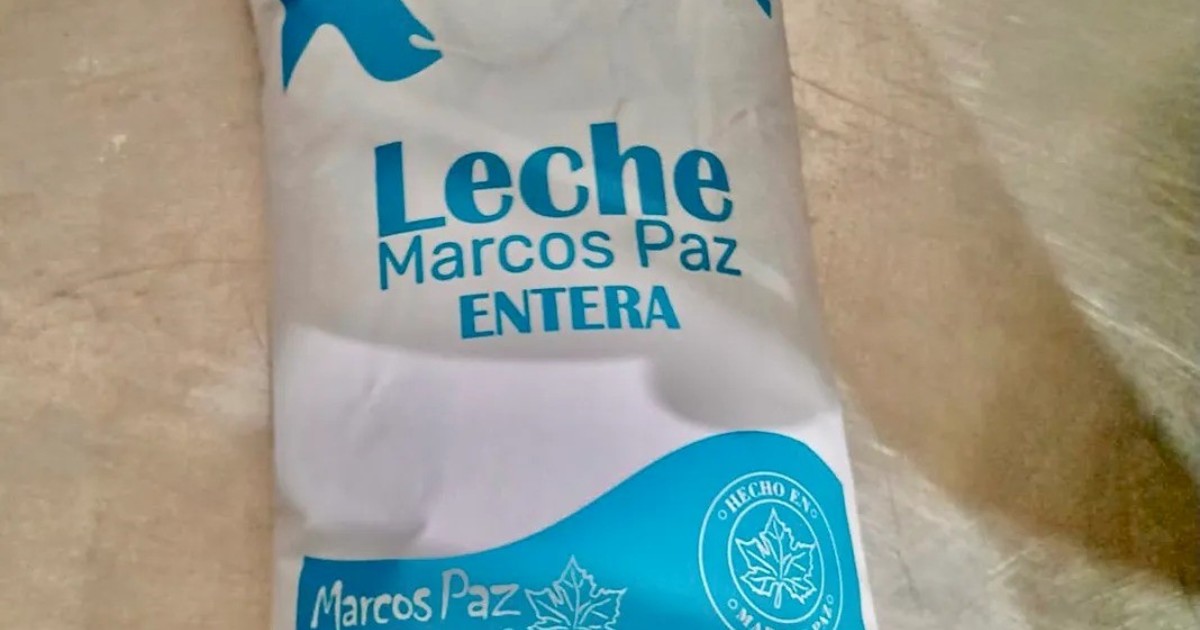 It may not reach the category of “war”, but it could be a fight, a skirmish against inflation. The municipality of Marcos Paz, 100 kilometers from La Plata, reached an agreement with dairy farmers and a dairy company to sell in the city milk in sachet at 59 pesos.

It is almost half the price that appears on the shelves of the top brands in the industry.

It was from a “municipal intervention” in the links of the productive chain, which allowed locating the liter of “Mark Peace Milk” in eight outlets (supermarkets, warehouses and a fairground).

Mayor Ricardo Pedro Curutchet, who belongs to the neighborhood party Concertación por Marcos Paz, explained that it is a project of “public-private articulation” that started with registration of a brand promoted by the commune and that the dairy product is first result.

“Marcos Paz” milk debuted on display in December 2021, at 52 pesos. “Inflationary pressure exists and we had to transfer some adjustments to the price“, the mayor clarified.

The district -where almost 60,000 inhabitants live- has a extensive dairy basin and fields where there is also agricultural and fruit and vegetable exploitation.

It is the first region that determines the limit between the suburbs and the interior, in the western zone. The neighbors of the district have GBA format: Merlo, Moreno, General Rodríguez and La Matanza.

The Buenos Aires municipality of Marcos Paz launched a milk with its own brand at $59.

It was there that the attempts to control prices with conventional resources -such as the “brigades” of mayors and militants from La Cámpora with bibs among the supermarket shelves- they were unsuccessful.

Now President Alberto Fernández announced a new edition of the war against the macroeconomic imbalance that led in February to having a CPI of 4.7% of increase. The weapons for those battles are not yet clear.

But in Marcos Paz they show their supplies. “This is the result of a long road started by Mayor more than five years ago. The first milestone was the registration of the brand,” he told Clarion the secretary of Productive Development of the commune, Daniela Braga.

How is the deal

The trail ended at the end of the year experience with the production of 5,000 liters of milk per week. An agreement was closed with the industry “The Lactissima”, that until then only supplied derivatives.

And they summoned the producers who had raw material after marketing with La Serenísima or Barraza, the companies that collect more than 90% of the product in that region.

“We proposed to the local firm that Marcos Paz sell milk as second brandwith what was left of idle productive capacity. We guarantee the arrival at the outlets in exchange for maintaining the lowest price in the market. Without having to give up profits,” the official explained.

Now those 5 thousand weekly sachets are no longer enough. the municipal seal ends fast and disappears from the refrigerators, according to what they said in the city.

Braga assured that they are also working on the possibility of carry the label to other foods. “We are in negotiations with a local cookie company. And we also promoted an agreement with producers of extruded products (chizitos and snacks)”.

“What we do is provide closeness to a product that is consumed at the table and logarithms are not needed to do this, but each one earns their own,” is the argument of the community chief.

The factors that allow this experience, according to the neighbor, is that in the distribution there is no remark and the price is flattened. “That’s one of the secrets of offering a price 40% lower than that of the leading brands that form an oligopoly in the dairy market,” concluded Curutchet.

The “heterodox” intervention instrument -as Braga qualifies it- would not be infallible. But it is a palliative. “If there is inflation, there will be a transfer to the price, but the value should go below. This is a product of good quality and pasteurized like any of the top brand milks, but better because it is from local producers“, defined the mayor.