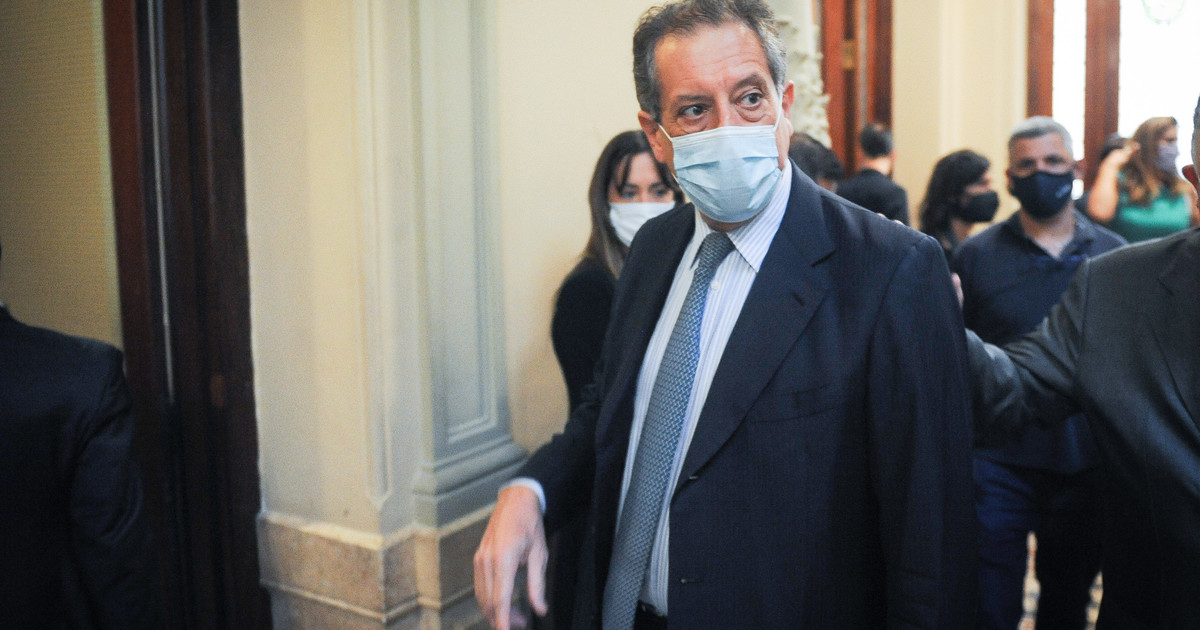 The head of the Central Bank Miguel Angel Pesce spoke of the strong inflation that began to accelerate at the beginning of this year and the request of some sectors to dollarize the economy. He counted the pros and cons of this last process and was hopeful that the government of Alberto Fernández will manage to lower once and for all the inflation that is expected for March will be around 6%, mainly as a result of the strong increase in prices.

“Some talk about dollarization and sell it to you as something possible, but they do not explain that to get to that you have to make a tremendous adjustment”. Pesce spoke of that possibility that has gained strength in recent days and clarified that whoever speaks of dollarizing does not tell everything there is to know about it because he is looking for votes. “They come up with something that sounds nice to cover up the previous steps to get there such as the strong adjustment that would have to be made in public and social spending”.

In another order of things, the head of the monetary entity was harsh against food companies that in recent weeks have increased the prices of products in the context of the war between Russia and Ukraine. For Pesce, the path is to go for increased production rather than rebranding. “If we don’t get mass consumption companies to invest and increase production, we’re going to have inflation”said.

In an interview on C5N, the economist claimed to be concerned about rising prices. “Argentina came with exuberant inflation in 2018 and 2019, driven by the adjustment shock in the exchange rate. It was able to moderate in 2020, and in 2021 we had the first international price shock and now again”, he explained.

“If we were in an economy with 2% unemployment and 4% poor and international credit, the equation is easily solved: it can open the economy, cause a fall in aggregate demand and moderate inflation”Fish said. And in that line he added: “Argentina does not have international credit and has 40% poverty. We are not in a position to apply adjustments to those characteristics.”

The way out of an inflationary spiral, he considered, has to be “with growth and this is not a slogan, it is an objective fact”. “We have to generate this growth process and inflation has to begin to give way in a process that is not going to be a shock,” he added.

But for Pesce it is fundamental that “mass consumer companies respond to the pulls of the aggregate demand by the results of the parity and public policies, with more production and not with more price increases”, Pesce assured.

“What we need is to grow”, said. And he pointed out: “Many of the companies that produce mass consumption products, which have an 80% impact on the market, in many products are working at the limit of installed capacity. And when you have a cliff of US$19,000 million, which was the obligation with the IMF this year and the next, there is no one to invest”.

“The big bet is growth. We can have the best parities, the best social policies, but if we don’t get those companies that have to produce goods to satisfy demand to not invest and not increase production, we will have inflation and not growth”, he added.

For the economist, Argentina had a serious problem in its external sector to grow since “He had borrowed rapidly from 2016 to 2019. Removed those obstacles, today it has a horizon of possible growth”, he pointed out.

In this sense, he spoke of foreign trade and the surplus of the trade balance. “Exports, which were US$60 billion in the last five years, last year were US$70 billion and this year we expect US$80 billion,” he said.

Regarding what could happen in the future, Pesce pointed out that exchange rate stability helps to contain inflation, and that the rise in rates and the agreement with the IMF bring air. “We expect inflation to be less than 50% and we have even included it in our agreement with the IMF. We do not make forecasts but we hope it will be less, ” assured.

Regarding the exchange rate, the economist said that in order to definitively remove it “We have to improve the capital market”, said. “Argentina does not have a saving problem. have a lot of savings. You have a problem that you cannot transform your savings into investment. When we get that, it will be a key issue to overcome the stocks, ”she indicated.