Pros and cons according to the view of economists 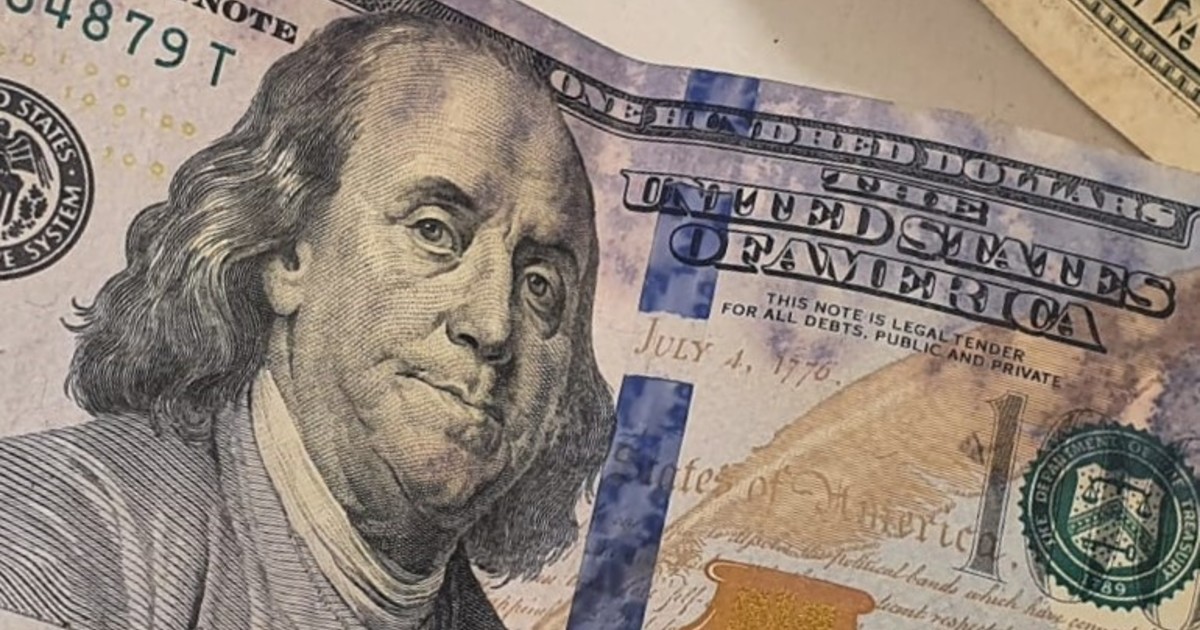 The idea of ​​dollarizing the economy is not new, there is a lot of biography written about it and it is a proposal that comes and goes from time to time in Argentina, or rather every time the repeated formulas to improve economic variables and lower inflation they become an obsessive goal to achieve. Thus, defenders and detractors appear to take a path of these characteristics such as the one that Ecuador has already adopted.

This time, the idea of ​​dollarizing was put on the table by deputy Javier Milei, although he is not the only one from the opposition who proposes it. “The Only Viable Recipe” to reduce the price increase is “dollarize” said the libertarian. At night, the head of the Central Bank, Miguel Angel Pesce, countered that proposal during an interview on C5N: “Some talk about dollarization and sell it to you as something possible, but they do not explain that to get to that you have to make a tremendous adjustment”.

As a result of these dimes and diretes, Clarín consulted two analysts to try to elucidate why or why shouldn’t you take this exit to look for lower inflation, which continues to rise and is expected to reach 6% in March.

For the economist Gabriel Rubinstein, author of the book “Dollarization, Argentina in the Global Village”, in 1999 when he wrote it “there was a basic idea that dollarization could contribute a lot to avoid default, and avoid a collapse of the economy”. That process finally happened two years later, which was the collapse of convertibility, pesification and the corralito.

Put in context, the economist clarified that “That made sense at the time and in that way”. “Now to dollarize you have to have reserves, something that there are not today,” she said. And he added: “Before facing a process of these characteristics, it is necessary to see what objective is being pursued. If what you want is to lower inflation to 5% per year, you don’t need to dollarize.”

In his opinion, today the essential objective is eliminate the fiscal deficit. “By eliminating the fiscal deficit in a short time you have the possibility of having an inflation like any of the countries have,” she pointed out. And he clarified: “You don’t need to dollarize to avoid inflation”.

Another of the cons that he sees in carrying out a process of these characteristics is that “in Argentina we have fallen so far and we are at such a low level of institutional credibility and adherence to the rules, that a dollarization is quite easy to reverse, with which it does not create the stability of the necessary rules of the game”.

Finally for the specialist, to dollarize “you have to have a huge political consensus. And here you don’t even have a consensus to reduce the huge fiscal deficit, so I see it as difficult.”

“In essence, although it is a guiding rule that can be useful, I do not see that it is the right time to think about it. All energy must be put into eliminating the fiscal deficit in order to eliminate inflation,” he concluded.

Is it useful to dollarize without taking other substantive measures? Illustrative photo: pixabay.

For his part, the economist Alfredo Romano, author of the book “Dollarizing a path towards economic stability” sees more pros than cons, or rather, the cons he sees are somehow ephemeral. As a first point for the specialist, the most important thing with this type of proposal is that “Argentine society takes flight” because its demand for concrete proposals in economic policy is heard.” “This raises the bar for discussion”commented .

And among the positive things that this type of process can bring, is that it achieves “in just 18 months it manages to lower inflation”. In addition, “it would help stabilize real wages in dollars and it is a difficult economic policy to reverse,” he said.

On this last point, Romano explained that “It would be the first time that an economic policy would transcend the politicians of the day”. “Until now, every four years the course of the economy is changed because there are no state policies that are maintained over time,” she clarified.

Another point in favor, “strongly disciplines monetary policy, which historically is the blank check of the current policy,” and also “would make credit grow strongly.” “Today you can buy a shirt in 24 installments, but to buy a house you have to put dollar on dollar because there is no mortgage credit. Contrary to what happens in the world, “she warned.

Finally, for the analyst “democratizes” the currency in Argentina. That is to say, “today the pesos are among the humblest, and only those who have the capacity to save can access the dollars”commented.

Within the contras, Romano explained that the main one is associated with monetary policy: “You are left without monetary issue (because you cannot issue dollars), nor the possibility of touching interest rates, and then the defense against an external shock is over“. In addition, “you lose the possibility of collecting seigniorage”, which are the profits received by the monetary authority for the right to issue currency.

As a third reason against it, “dollarization requires other reforms, such as labor, fiscal and commercial reforms. Without this set of changes, dollarization will not work.” fourth and last, “The lender of last resort is lost, which in our case is the Central Bank.”

There are more elegant and modern solutions than dollarizing.

bad idea
1) BCRA does not have USD. Dollarization would require a huge economic contraction
2) There is no lender of last resort in USD. Country would be subject to climate fluctuations
3) Salary rise in USD can only occur with productivity gains at full employment. See 1) https://t.co/PL1hazXBb0

Since we are talking about dollarization again, it should be remembered that the only measure more pathetic and ridiculous than dollarizing the economy is dollarizing it when you don’t have dollars.

The only viable way to dollarize the economy is to convince people to get the blue dollars out of the mattresses. It will be difficult!!! But it’s worth thinking about.