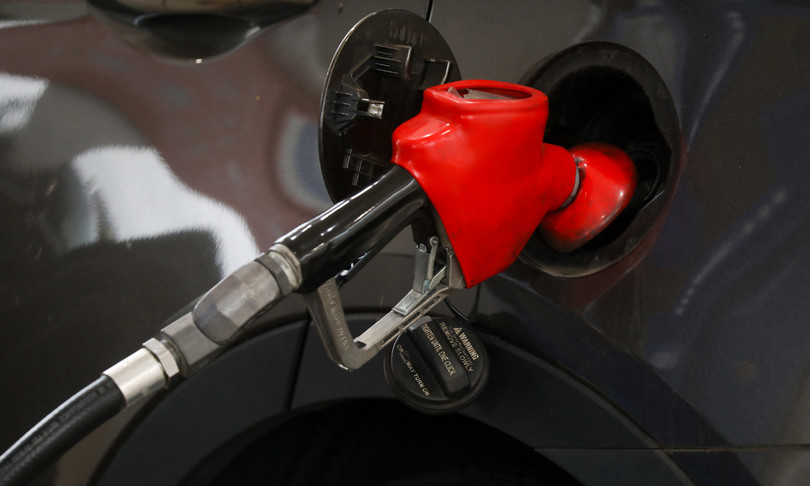 The markets continue to proceed in a fluctuating manner, conditioned by the uncertainties about the war and the Fed’s next moves and by fears of galloping inflation and impending stagflation. In Asia, the lists are mixed, despite the positive closure of Wall Street. Tokyo closes 0.14% higher, Shanghai loses nearly 1% and Hong Kong loses more than 2%, worried about a series of possible delistings in New York.

Futures on Wall Street are slightly positive, after a rally close, especially for the Nasdaq, which finished at + 1.93%. To strengthen the confidence of American investors, who are now pricing in a half percentage point increase in Fed rates for May, were the data on weekly unemployment benefits, which fell to 187,000 units, the lowest level since 1969.

These numbers have boosted confidence in economic growth and pushed investors to opt for technology, which is the riskiest assets. Futures on the EuroStoxx 50 fell slightly after yesterday the European stock exchanges closed in no particular order, with investors at the window to monitor the progress of the conflict in Ukraine and the new sanctions against Moscow. The spread closed slightly up at 153 basis points.

Meanwhile, Joe Biden, from Brussels where he participated yesterday in the EU, G7 and NATO summits, will visit the US troops stationed in Rzeszow, in Poland about 100 kilometers from the border with Ukraine. Today the European Council continues and the US and Europe should announce an agreement to supply the Old Continent with more LNG.

Biden promised that the United States would deliver at least 15 billion cubic meters of more LNG. Yesterday in Amsterdam, gas, which rose 18% on Wednesday after Moscow’s request to pay in rubles, closed down 8.5% to 107 euros per megawatt hour. Oil has moved little in Asia, with Brent and WTI above $ 119 and $ 112 a barrel respectively. The two indices are on track for a weekly jump of 10% and 7%, in the wake of fears for supplies, due to the sanctions on Russia. These fears intensified this week after the Caspian Pipeline Consortium, a major terminal on the Black Sea coast, ceased exports, damaged by a storm. Supplies are expected to resume in a month but in the meantime shipments of up to one million barrels per day are at risk.

Biden calls for the expulsion of Russia from the G20

US President Joe Biden, who yesterday attended NATO, EU and G7 summits, will travel to Poland today. Biden said Russia should be expelled from the Group of 20 largest economies and warned Vladimir Putin: “We will respond to Moscow’s use of chemical weapons.” Then he warned Beijing: “If it helps Moscow, relations at risk”. Furthermore, confirming support for Ukraine, Biden announced the possibility of sending “additional equipment, including air defense systems”.

Meanwhile, Europe and the United States have announced that they will provide a total of over 1.5 billion euros in humanitarian assistance to Ukraine. “The European Union will continue to ensure financial, political, material and humanitarian aid to Ukraine. So far it has approved massive sanctions against Russia and Belarus, which are having heavy effects, and is ready to close loopholes, counter possible evasive maneuvers and impose new coordinated measures to minimize the ability to continue the aggression “, reads the conclusions of the European Council. On Thursday, NATO Secretary General Jens Stoltenberg, at the end of the extraordinary summit of the Atlantic Alliance, had issued similar statements, specifying that greater military assistance to Ukraine would include “anti-tank weapons, anti-missile and drone defenses” and above all weapons anti ships.

The Moscow Stock Exchange reopens and rises by 4.37%, but for the US it is a farce

The Moscow Stock Exchange closed yesterday with a strong rise, after a long suspension that began on February 28th. The Moex index ended trading up 4.37%, after hitting a high of 11.77%. But the rise in the list, which saw only 33 stocks negotiated compared to the fifty that make it up, was artificially facilitated by the measures adopted by the government, which banned short selling and sales of shares by foreigners, as well as putting a sovereign fund is in place to purchase securities and support quotations.

“What we are seeing is a farce: the opening of a Potemkin Stock Exchange”, commented the White House, referring to the fake papier-mache villages that, it is said, Prince Potemkin had built to impress the empress – and her lover – Catherine II. According to the US, Moscow has pumped state resources to support the shares of companies operating on the stock exchange.

Some of the world’s top traders argue that the price of oil could rise to $ 200 a barrel this year due to a boycott of Russia. “Wake up, wake up. We will not return to normal business in a few months – Pierre Andurand, one of the most well-known hedge fund managers in the sector, told the Financial Times -” I think we are losing the Russian offer to Europe forever. ” Crude oil prices could rise to $ 250 a barrel this year, double their current levels Brent crude oil prices rose to $ 139 after the invasion of Ukraine, 90% above last year’s levels.

“I don’t think it’s a temporary problem – says Alok Sinha, oil expert at Standard Chartered – It’s a long-term issue, which means that an alternative to the offer will have to be found”. “It is a process of at least 12 months – says Daniel House, consultant from Houston of the national oil company of Azerbaijan – The shale cavalry will not come to help this time”, increasing production.

Fink (Blackrock): the Russian invasion will put an end to globalization

“The Russian invasion of Ukraine ended globalization as we have experienced it for the past three decades,” wrote Larry Fink, CEO of BlackRock, the world’s largest asset manager, in his annual letter to shareholders, in which does not mention any country that would be particularly harmed by the change, while noting that “Mexico, Brazil, the United States, or some manufacturing centers in Southeast Asia could benefit from it.” According to Fink, the Russian invasion will affect the transition to cleaner energy. “In the long run, I believe recent events will accelerate the shift to greener sources,” because higher prices for fossil fuels will make a wider range of renewables more financially competitive.

BoJ against the tide, will maintain an ultra-accommodative policy

The Boj, the Bank of Japan, is not afraid of a weak yen and will keep its ultra-accommodative policy unchanged. The Governor, Haruhiko Kuroda reports that Japan’s economy and its exports benefit from a weak yen. The Japanese currency recently hit its six-year low against the dollar in the wake of Jerome Powell’s hawkish moves. According to Kuroda, the recent rise in import prices has been driven primarily by global commodity inflation, rather than the weak yen. “Inflation – he explains – is not accompanied by wage increases but will still damage the economy of Japan”, weighing on the real income of families and on the profits of companies linked to imports. “For this reason – he concluded – the Boj will continue to maintain a powerful monetary easing”.