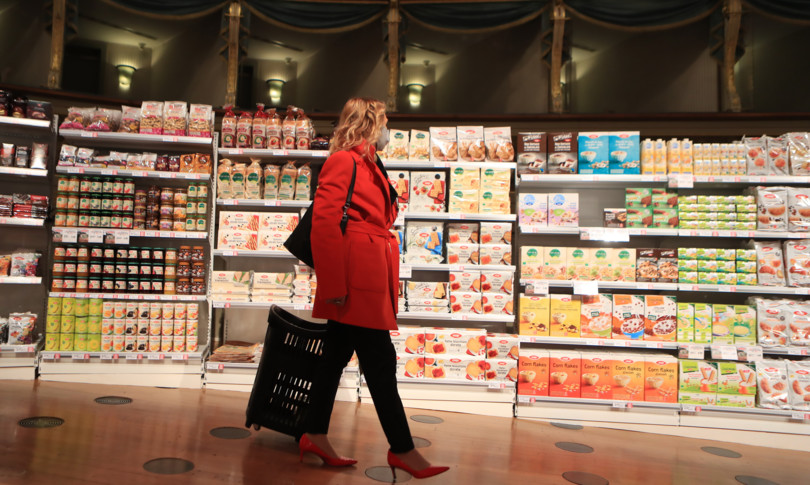 In March, a sharp decrease in the consumer confidence climate index is estimated, passing from 112.4 to 100.8, to the lowest since January 2021. This was reported by Istat. All components of the consumer confidence index fell, albeit with varying degrees. In particular, the economic climate and the future one fell, respectively, from 129.4 to 98.2 and from 116.6 to 93.5; the personal climate falls from 106.8 to 101.7 and the current climate falls from 109.6 to 105.7.

The composite index of business confidence also declined and went from 107.9 to 105.4. For the Institute it is a “more contained decline” in consumer confidence. With reference to businesses, all the sectors surveyed recorded a decrease in the confidence index with the exception of the construction sector.

In relation to the questions on exports addressed to manufacturing companies on a quarterly basis, an increase in the number of companies reporting obstacles to export activity is estimated (the relative percentage goes from 44.5% in the fourth quarter of 2021 to 53.5%). In particular, the share of companies that highlight “Other reasons” among the main obstacles affecting exports grew strongly (from 8.2 to 24.8%).

“The deterioration in the confidence climate of households and businesses in March was foreseeable, but not with the intensity with which it manifested itself. For consumers, it is a total erosion of the improvement in sentiment hard-won after the worst phase of the pandemic“.

This is the comment of the Confcommercio Research Office on the data released today by Istat on the confidence of families and businesses in March. “Linked to expectations of worsening of employment and inflation and consequently of the personal situation and the possibility of saving, this abrupt downsizing will inevitably produce a further slowdown in the process of recovering the level of consumption”, reads a note .

“This trend”, continues the press release, “could involve durable goods to a more significant extent and more generally the purchases of goods and services considered less necessary, in perfect coherence with the effects of the growth in the costs of compulsory expenses”.

“More contained, but no less worrying, is the decline in business confidence, which is weighing more directly on the evolution of the international situation. In this context, there are also positive signs such as the recovery in the confidence of tour operators, linked to the lifting of many restrictions. Also in this case, the next few months represent a test to verify if the trend reversal has solid foundations or will run out quickly “, concludes Confcommercio.