“Definitely positive outlook for the economy” 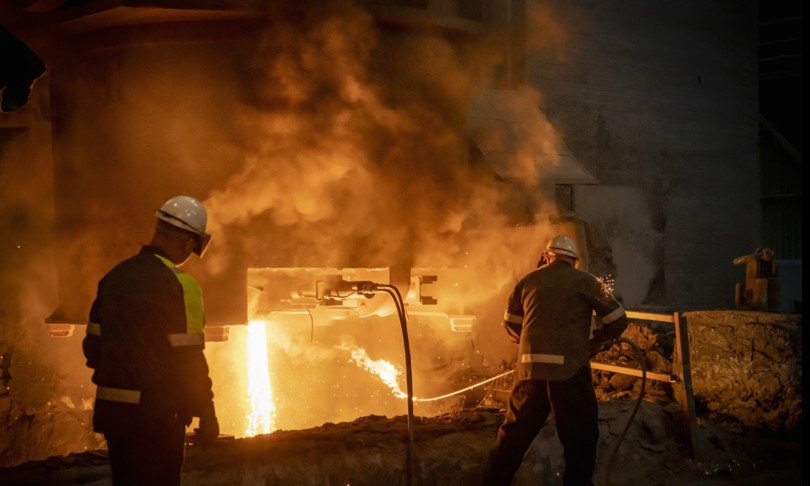 ` – Industrial production is growing again in economic terms in June, after the 1.5% drop marked in May, with the index level exceeding the value of February 2020 by 0.3%, the month before the start of the health emergency. In particular, Istat estimates that the seasonally adjusted index will increase by 1% compared to May. The increase also concerns the second quarter as a whole (+ 1.0% compared to the first), although a slight slowdown compared to the dynamics of the first three months of the year. Adjusted for calendar effects, in June, the overall index increased in trend terms by 13.9%.

The monthly seasonally adjusted index shows economic increases in all major industry groupings, with a growth of 4.1% for energy, 1.0% for consumer goods, 0.6% for intermediate goods and 0.3% for capital goods. Significant trend increases characterize almost all sectors: + 20.0% for intermediate goods, + 16.2% for capital goods and + 10.0% for consumer goods; the growth for energy is more contained (+ 2.1%).

All sectors of economic activity recorded increases on a trend basis, with the exception of mining activities. The greatest increases concern the manufacture of electrical equipment (+ 25.5%), that of computers, electronic and optical products (+ 25.3%) and the production of rubber and plastic materials (+ 23.0%) –

According to Istat, “the prospects for the Italian economy remain decidedly positive– For businesses, confidence is at the highest levels of recent years and the level of vacancies in industry and services has exceeded pre.crisis levels “.

In the second quarter, the institute recalls, the Italian GDP grew, according to the preliminary estimate, by 2.7% in economic terms, “with a dynamism more accentuated than that of the other main European countries“. The variation acquired for 2021 is + 4.8%.” The recovery phase of production rates “, states Istat,” should also extend to the third quarter. The business confidence climate index showed a marked increase in July, reaching the highest levels of the series. Services recorded the strongest recovery, surpassing pre.crisis levels. The manufacturing sector, on the other hand, showed a more moderate growth supported by the improvement in assessments on orders “.

On the family side, “they register widespread positive signs affecting the performance of the labor market and confidence“. Retail sales are also up. In July, the differential between Italian inflation and that of the euro area widened, partly due to the different timing of the Italian balances compared to the previous year.” The outlook for the next months “, underlines the note,” indicate the strengthening of inflationary dynamics. “Firms are expecting price increases in all sectors, excluding construction. Among consumers, expectations of growth in prices of durable goods have increased significantly and in general, the percentage of those expecting an increase in inflation in the coming months has risen.

Finally, the international scenario “remains characterized by a solid but heterogeneous economic recovery process between countries. However”, concludes Istat, “the rise in infections is causing an increase in uncertainty associated with the evolution of the world economy “.