What if Cristina takes over her part? 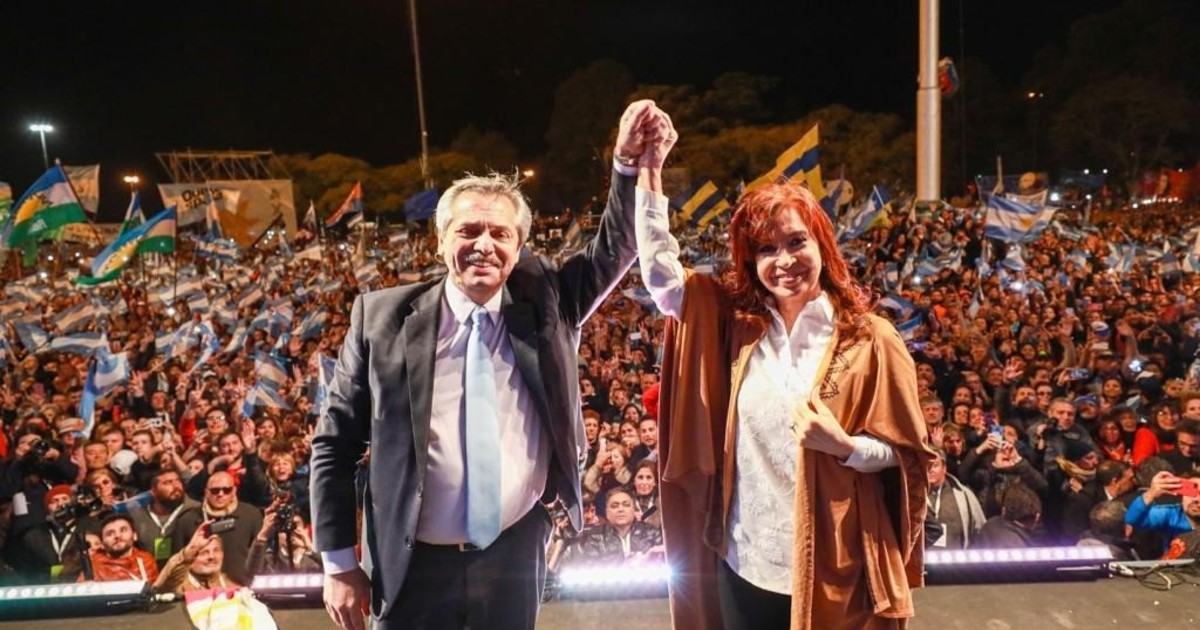 A failure of the Government would mean, in case it is necessary to clarify it, the failure of Alberto Fernández and Cristina Kirchner. From the president and the vice president, elected to govern in tandem and not separately or fighting and, supposedly or very supposedly, to carry out good management.

This is how things really are and come, no matter how much effort Cristina puts into standing out of those issues that harm it and are not convenient for its way of doing politics. And that, if necessary, he resolves by turning them around, pointing them at Alberto F and, finally, getting rid of them.

Neither she nor those who advise her could ignore that asking the Monetary Fund for a 20-year term instead of 10 to refinance the debt contracted during the government of Mauricio Macri, does not appear in the statutes of the organism. Nor, the possibility that Argentina was exempt from surcharges tied to that credit.

The combo involved adapting the rules of the game that govern the 184 members of the organization to the needs of a country or the wishes of a government. Too much pretend.

And even when the rejection in Washington was sung, still today the cristinistas continue to pound with that ditty. They shout it out to reproach Fernández for not having achieved any of that, and they even use both slogans to justify his rejection of the agreement with the IMF.

Questions: Did the vice president really want her government to declare Argentina in default with background, in fact already Adolfo Rodríguez Saá? And furthermore, was he capable of going forward with the idea despite the huge costs What would it do to the country and its inhabitants?

There is a possibility in the middle that smacks of more than possibility: that Cristina adopted extreme positions with the IMF discounting that the law that authorized negotiating the refinancing of the debt it had the necessary votes and was going to be approved. This is, a political contraption that came for free And it’s still free.

What could be said little games for the tribune, as it was and is to present, similar to a gesture of national sovereignty, the very expensive restatement (partially above) of YPF that, dollars on dollars, still today celebrate several operators, nothing patriotic by the way. Among them, some Argentines associated with other Argentines and the then president of the oil company, the Spaniard Antonio Brufau.

Winners and losers of a similar kind and money from the Argentine State also appear in the negotiation of the debt with the Paris Club, also inflated by penalties that were missed. It is a process that has not been completed, although it started in 2014, that is, during Cristina’s second presidency the same as the arrangement with Repsol in 2012.

Minister Martín Guzmán has just obtained a bridge until the end of June to reschedule a maturity of US$ 2,000 million and thus deactivate a leonine clause admitted in the arrangement: that non-payment will be punished with interest and compensation amounting to US$ 2,400 million. Stories from the past brought to the presentboth the agreement with Repsol and the pact with the Paris Club were piloted by Axel Kicillof and blessed by the current vice president.

For a few things that bear the same stamp, in addition to those that touch her as vice president, Cristina cannot ignore the escalation of inflation either that eats income without respite; especially those who have no way to defend them. And if in her public letter of December 2020 she proposed “aligning salaries and pensions with food prices”, it is worth clarifying that she did it rather as a commentator on reality.

Past and present together, Paula Español, the Secretary of Commerce who at that time handled the price policy, did not come from the so-called albertismo. She had been a partner of Axel Kicillof in the Ministry of Economy during Cristina’s second president and she came to the new position in December 2019, driven precisely by Axel Kicillof.

After a relatively quick failure, in October 2021 Español was replaced by Roberto Feletti, another militant of the interventionism without plan that had also passed through the Ministry of Economy in those days of Cristina, only then under the command of Amado Boudou.

Each one in his circumstance and with Kicillof as conductor in the shadows, Español and Feletti deployed an arsenal of controls, obstacles to exports, rationing of imports and traps of the most diverse colors whose result was that inflation rose to the height of 50% long. Everything ancient, rigid and corseted to end in nothingness itself.

Cristina’s favorite at least for a while and a great mentor of that paraphernalia, Kicillof had done his own anti-inflationary experience as Minister of Economy, between November 2013 and the end of 2015.

According to statistics from the City of Buenos Aires, it debuted with 26.6%, jumped to 38% in 2014 and closed the cycle at 26.9%; everything, proof that the new era of two digits was already launched and of the effectiveness of the model of pretending to control everything. An added piece of information that is explained in those numbers: since 2007 the INDEC was in charge of Guillermo Moreno, in the role of de facto controller.

Of these days we have that after the 4.7% of February that followed the 3.9% of January, the hard of Feletti has predicted: “March index is going to be very badbut the one in April is going to start to hit a decline ”.

Some consultants put 5.5-5.7% in the March box, which is the same as saying the highest record since 5.9% in September 2019. And also an embarrassing quarterly 15%, in the midst of controls, regulations, obstacles and tightening that prove useless again.

With 15% in January-March against the increase of 12.2% announced for March salaries, we would already have, suddenly, that pensions and the allowance per child lose by 3 percentage points with inflation. Meanwhile, real wages are on track for their fifth consecutive annual decline.

Cristina Kirchner with Alberto Fernández, Axel Kicillof and Verónica Magario, before the 2019 elections.

Pasture for another comment by Cristina Kirchner, as committed as the one in 2020, on the relationship between the price of food, wages and retirement.

Concrete, very concrete, are instead those INDEC figures that appear in the column that corresponds to the GBA, the acronym that encompasses the Autonomous City and the populous, impoverished Conurbano. In food, the average of the last twelve months says 60.3%; for minced meat, 64% and 57% for roast; 90% in yogurt, 69% in milk and dairy products and 96% in vegetables.

Thus, from bump to bump and after a fairly inconspicuous economic rebound, Argentina has once again entered the stagflation zone. Put in numbers, it gives a year 2022 with the cost of living flying at 60% or close to 60% and GDP dragging around 1.2% between points.

Everything from this same world, in very recent INDEC statistics, it can also be noted that measured in relation to the GDP private consumption, Let’s say families has fallen to the lowest level of the series that starts in 2004. Precisely in that, which is nothing less than the engine that drives the economy, we are worse off than 18 years ago.