Politics and businesses under suspicion in the Central Market 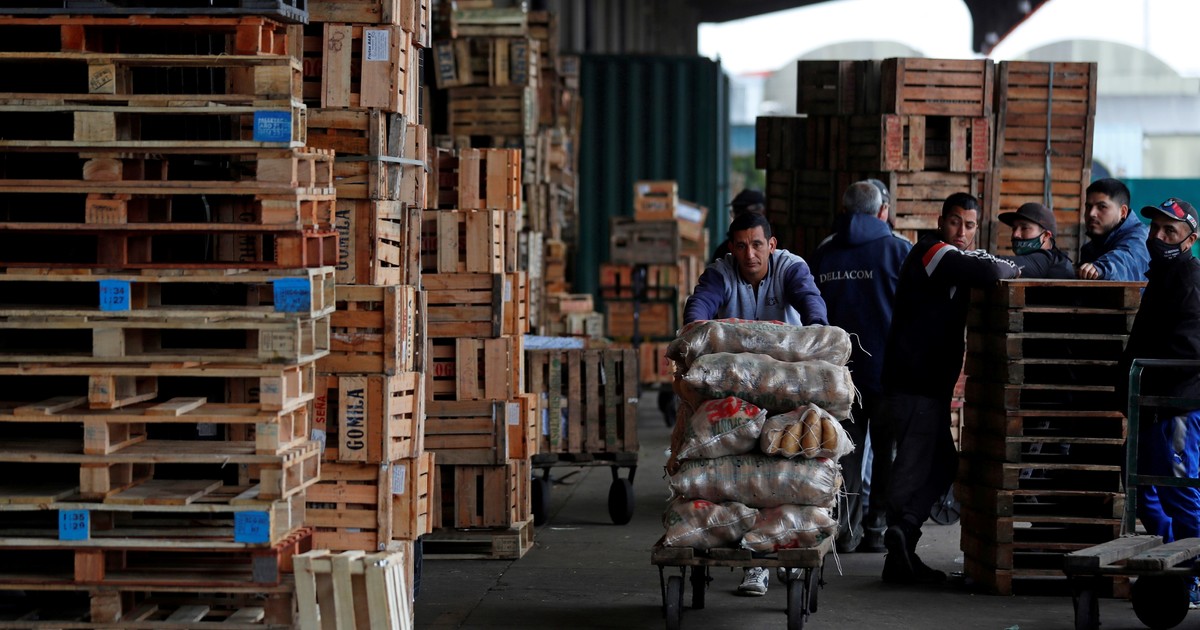 Although it is difficult to test many claims, the Central Market is in the subconscious of the economy ministers when inflation escalates. Fruits and vegetables tend to strongly push the price index, but the trading center, where those prices are defined and supplies the Metropolitan Region and Greater Buenos Aires, with 12.8 million inhabitantsremains a mystery.

This first major public work since the return to democracy was inaugurated by Raúl Alfonsín in October 1984.

This week did not surprise those in the business the call request of “The Cooperative”. These are marketers who were supplied in the Central Market and quickly multiplied to 80 stores in the City and surroundings. They left a clothesline.

Many anticipated it and “nobody did anything” in that tripartite entity of the governments of the Nation, the City of Buenos Aires and the Province. That is, shared responsibilities.

The ties of the Cooperative

The Cooperative has, according to the concentrating entity, ties with the Los Pablo group with the management of the strategic activity of loading and unloading. The Pablos they grew strong in the times when Guillermo Moreno made the Central Market his base of political and financial support, according to various stallholders.

But they continued with the same dominance during the Macri administration, who appointed Belisario Alvarez de Toledo who arrived after having closed nothing less than the bingo halls in the City and presented himself as a storm captain. Alberto Fernández left it until March 2020.

In the end, Alvarez de Toledo could not against that permanent power. The President appointed Nahuel Levaggi who appears linked to social movements and articulated with Roberto Feletti the announced trust imagined to cushion price jumps and that it died before it was born.

The City appointed Ezequiel Capelli as main director with the merit of having built the Metrobus on July 9. And the Province, to Aníbal Stella, from La Matanza linked first to Alberto Pierri and now to Fernando Espinoza.

Why are prices rising?

Mariano Winograd, one of the leading experts on the subject, points to the change in consumption habits caused by the pandemic. “With people at home, greater availability of money and the priority in concern for health, fruits and vegetables returned to the table. The demand increased significantly. To such an extent that greengrocers proliferated while restaurants closed. That demand was also supported by the Government’s silver plan “he assures.

When asked about the latest increases, Winograd attributes it to the January heat and the severe drought that destroyed the crops. “Prices are going down. There is a lot of competition in the Central Market. There are the big ones and also Eusebia Mamaní and they kill themselves for the merchandise”. Operators abound in the ships with 900 positions belonging to 30 large companies and 70 SMEs, which dispatch 106,000 tons per month.

Yes indeed, it is already anticipated that there will be a lack of oranges, synonymous with prohibitive prices. The fault lies with the drought and the fires in Corrientes. And we will have to prepare for another jump of the tomato, star of the fruit and vegetable chain of Gran La Plata. There was such a steep drop in harvest which ended in the suspension of the traditional Tomato Festival, which takes place in Los Hornos. “We didn’t want to have a tomato party without tomatoes,” they explained. w