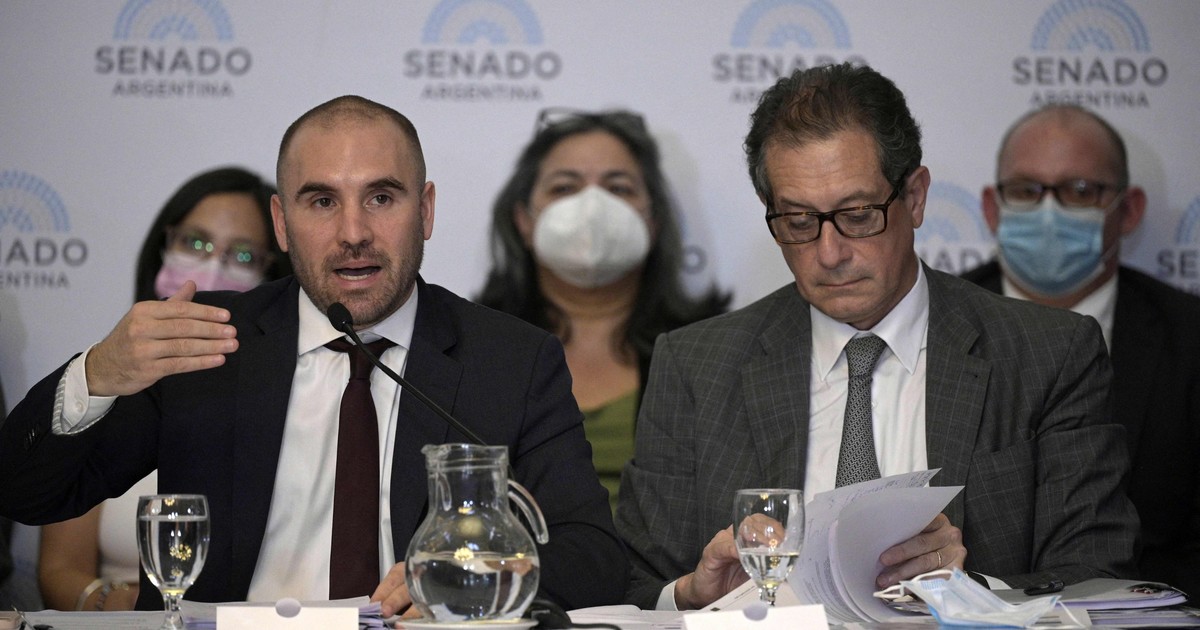 The IMF prepared a heat map of the Argentine debt and, except for one box, all the rest (14) are painted red. This means that the probability of going into default is still latent of not complying with the goals that the Government and the organization committed to.

“The debt is sustainable but not with a high probability”sentenced the work of the organism.

Bond prices reflect the Fund’s evaluation. Argentine securities are worth 30% of their face value and the country’s risk is at 1,798 basis points.

Thus, the Monetary Fund staff report indicates that the private debt swap that Martín Guzmán implemented only a year and a half ago is not sufficient to clear the horizon.

“Despite the restructuring of the debt in dollars -says the work of the organism-, Maturities of dollar obligations and gross financing needs remain relatively high in the medium and long term, even above the goals set in the March 2020 technical note on debt sustainability.”

This paragraph makes a subtle but no less important point. It refers to a document that the agency had issued at the beginning of 2020, when Guzmán had just started his task and that, as a show of goodwill, justified the minister’s decision to first restructure the debt with private bondholders and then sign an agreement with the IMF (international experience indicates that the reverse path is the most appropriate: first agree on a program with the body and then sit down to negotiate with Wall Street).

The Fund, to support Guzmán, then released that report: the Argentine debt “not sustainable” and “Consequently, a definitive debt operation that generates an appreciable contribution from private creditors is required to help restore debt sustainability with a high probability”.

Two years after that report and the restructuring was completed, the Fund assessed that the minister’s work is not enough by itself. More is needed.

“The Fund is saying everything is fine with the swap, but the needs are still high and Argentina has to do its homework to return to the markets and pay the interest on the debt”explains Fernando Marull, economist. “Everything is conditional on this government and the next one doing their homework. If not, Argentina will end up restructuring the debt again and Guzmán will have been in vain”.

The body’s document is eloquent.

Firstpoints out that financing needs “remain relatively high”. Secondare located “above the goals” of the report released in March 2020. Third, the performance of the restructured Argentine debt is worse than that of other countries that rescheduled their payments. An example is Ecuador: It completed a debt swap for the same time in 2020 and its country risk today is half that of Argentina. The Ecuadorian government implemented the operation in the opposite way to what Guzmán proposed: first sign with the organization and then make the exchange.

Argentina restructured in September 2020 a debt of US $ 82,000 million in the hands of private holders. Nearly US$65.5 billion had been issued under foreign law.

The operation meant a relief of some US$ 36,000 million between 2020 and 2030, basically thanks to the fact that Guzmán issued new titles with longer maturities and lower coupons. The present value of these bonds was 52% assuming a 10% rate.

The IMF produced a debt heat map. It is a test that its economists elaborate around three aspects: level of debt, its financing and profile. They analyze how the behavior of different variables (growth, interest rate, market perception) affects a country’s ability to meet debt maturities. Yes it’s in verde, the risk of default is further away. On Redthe probability of default increases.

The table of 15 boxes is all painted in red, except for the one that corresponds to the magnitude of debt held by foreign funds. This is because the Government allowed funds such as Pimco and Templeton they could sell their securities in pesos, exchange them for paper in dollars, and leave the country.

The IMF today uses the same phrase with Guzmán as with Dujovne about debt sustainability. “It is sustainable but not with a high probability”. Even after the exchange.