Two – euro shock – diesel is the driving force of the economy, and its sharp rise is a threat to almost the whole world 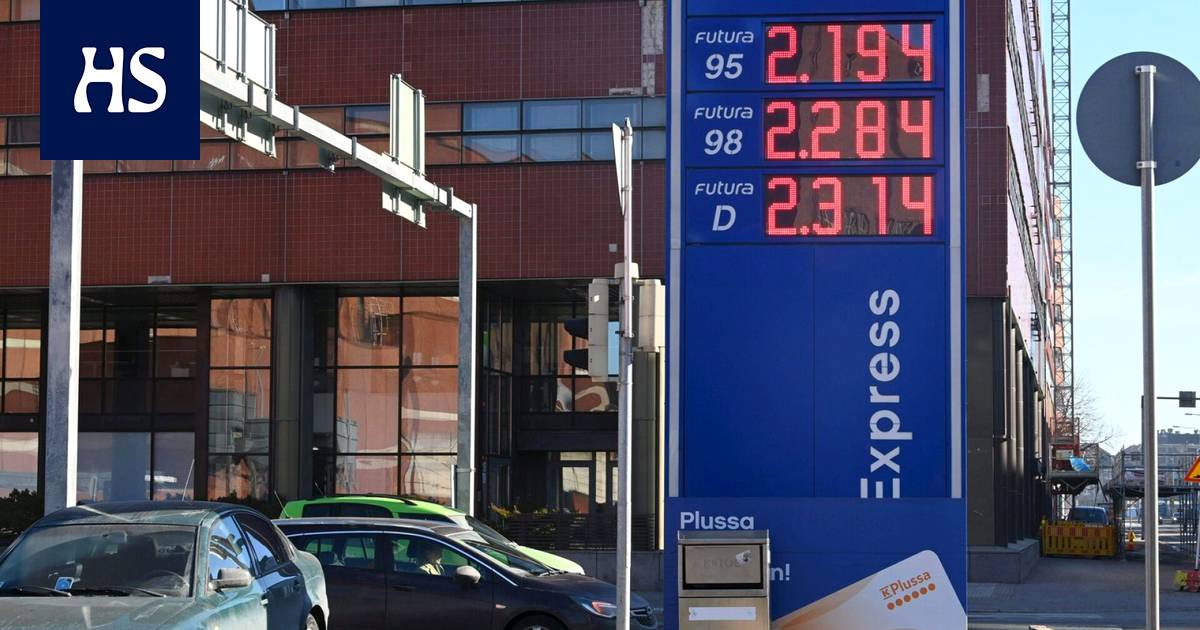 Gasoline is record expensive but diesel is now also very expensive. That’s problematic, because it’s diesel that keeps the wheels of the economy spinning.

Every the motorist knows it: fuel now costs a lot. The price of both single-stroke and diesel in Finland exceeded the two-euro threshold at the beginning of March.

No such readings have been seen on the light boards of service stations in Finland. The rise in prices seems particularly difficult, as fuels fell sharply at first due to the interest rate pandemic, but now the price curve has turned uphill. In a year, the price of petrol has risen by as much as 40 percent and that of diesel by almost 60 percent.

Fuel is now exceptionally expensive, even if it is proportional to the growth in the earnings level of Finns. In relation to purchasing power, petrol or diesel have not been so expensive for at least twenty years, according to the latest data from Statistics Finland. The figures are from February, and since then prices have only just risen.

The same phenomenon is being seen throughout Europe.

Ysivitosen the rise in prices is bothering households, but what is more relevant from an economic point of view is what diesel costs.

Diesel is the driving force behind the economy: the energy generated by its combustion travels work machines, buses and road haulage, as well as part of sea and rail transport. Also in passenger car traffic, diesel is the choice of those who drive a lot because of their work.

Diesel is the one that keeps the wheels of the economy spinning.

That is why it is unfortunate that diesel has become particularly expensive in recent weeks. A completely exceptional situation has been seen at petrol stations: diesel costs even more than petrol. The European Commission has kept EU-wide weekly fuel price statistics since 2005, and this has not been the case since. This phenomenon is also visible throughout the EU.

There are several reasons for expensive diesel. In part, these are domestic tax and climate measures.

About half of the consumer price of diesel is taxed. In 2020, the government decided to phase out a reduced rate of paraffinic diesel. It raised the pump price of a diesel titre by two cents earlier this year.

Renewable fuels are mainly mixed with diesel, as it is more resistant to blending than petrol. The distribution obligation will be tightened annually, and by 2030 it is estimated to increase the price of diesel pumps by 12 to 22 cents.

Major however, the reason for the price spike is Russia and its attack on Ukraine.

Many European companies themselves have set out to reduce the use of Russian oil or to stop buying it altogether. This has been done by the British BP, the French Total and the Finnish Neste, among others. Oil shipments get stuck as shipping companies avoid shipments from Russia.

In Europe, the effects are strongest.

Europe has imported about 1.5 million barrels of oil products from Russia every day, mainly diesel and petrol. Half of Europe’s imported diesel has come from Russia. In addition, Russia has been Europe’s main supplier of crude oil, from which European refineries produce diesel and other products. Now companies are trying to get oil elsewhere – and have to pay more for it.

This is particularly severe in Finland, where the share of Russian oil products is high. Two-thirds of the crude oil used by Neste’s Porvoo refinery came from Russia last year.

As global demand for oil is strong anyway and key oil-producing countries have been reluctant to increase production, it may be difficult for European refineries to find substitutes for Russian oil. There may be production disruptions ahead, according to the Oxford Institute for Energy Studies.

CEO of Swiss Vitol, one of the world’s largest oil brokers Russell Hardy told the Financial Times this week that it believes it is possible that Europe will even have to resort to diesel regulation. CEO of Trafigura, a commodity broker Jeremy Weir again sees a risk of depletion of inventories. According to him, the supply of diesel will hardly keep up with demand, which will raise prices.

“Europe can afford to pay. The problem is what is happening in Africa or Latin America. We are very concerned about what running out of inventory would mean in Africa, where energy production relies heavily on diesel, ”Weir told Reuters.

All of this is happening in a situation where the world’s diesel tanks were already exceptionally empty. In the pandemic, oil demand collapsed and refineries were closed. Since then, the global economy has recovered rapidly and demand for oil has grown, production has not kept pace.

Fuel The rise in prices will have a significant impact on the Finnish and European economy as a whole.

The rise in the price of fuel and energy in general is the reason why the rise in consumer prices in Europe has accelerated to exceptional levels. In February, euro area inflation was 5.9 per cent. Thus, the average consumer’s shopping cart became more expensive this year. Much of this rise in prices is explained by higher energy prices. In February, energy cost as much as 32 percent more than a year earlier.

However, energy prices always fluctuate sharply, so the European Central Bank, which monitors price stability in the euro area, prefers to monitor so-called core inflation, from which energy and food price fluctuations have been cleared. This figure was 2.9 percent in February.

As early as the beginning of the year, the inflation peak was thought to be temporary and due to fluctuations in energy prices and supply chain disruptions caused by the pandemic. After the Russian invasion of Ukraine, the outlook changed. Energy prices are expected to remain high for a long time.

The rise in the price of diesel raises the transport costs of companies. From there, the effect swims forward in the chain and raises product prices. Public transport is also becoming more expensive.

For households, a rise in the price of a single installment means that an increasing fuel bill will eat up an even larger share of income. Households can avoid rising costs by changing their behavior, but this is not always possible. As compulsory spending increases, households will have to save elsewhere. In this way, higher fuel prices are eroding private consumption and slowing economic growth.

If the situation continues for a long time and wage earners feel their bags are shrinking, they will start demanding more wages. Inflation is becoming a tougher variety. It increases the likelihood that the European Central Bank will raise the key interest rate. If the price of diesel goes up long enough, Finns will see the consequences in the interest rates on their mortgages.