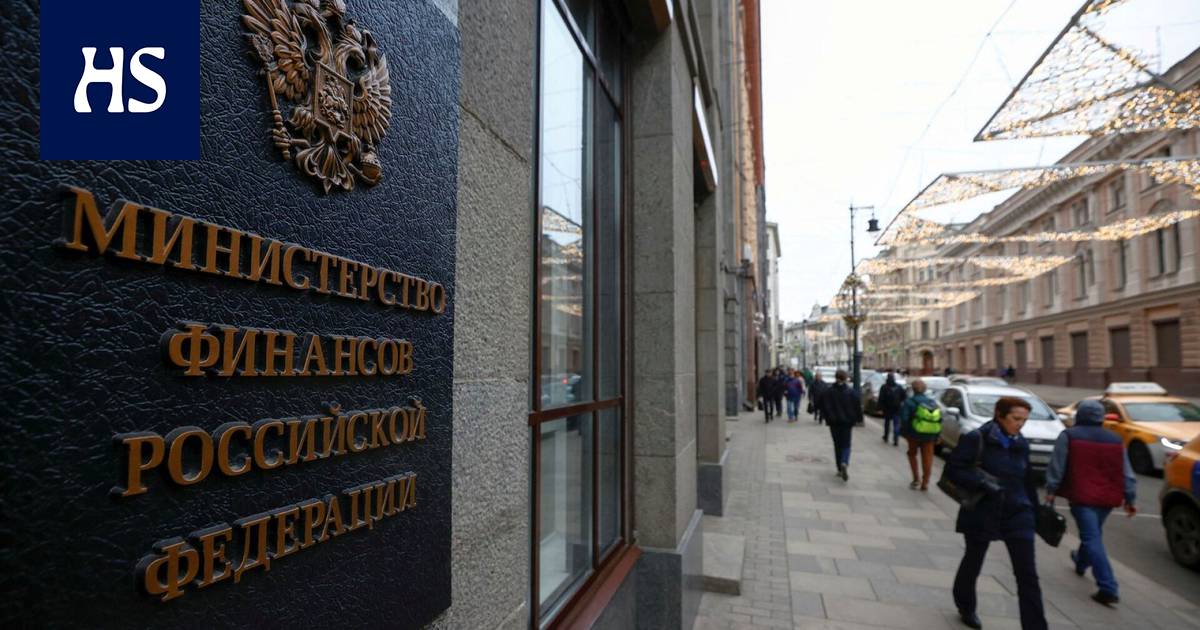 Russia, which has been subject to economic sanctions, still has $ 4.4 billion in loans to repay for the rest of the year.

Russian the finance ministry said on Tuesday it had paid $ 102 million, or about $ 92 million, in coupon interest on a bond maturing in 2035, according to Reuters. Coupon rate refers to the interest that a debtor pays to a lender annually or more often on the capital it borrows.

Thus, Russia, which invaded Ukraine and suffered from Western economic sanctions, took a step away from becoming insolvent.

This is the third similar charge in the country since the start of fresh sanctions. Sanctions have hampered Russia’s ability to make payments in foreign currency.

According to the Ministry of Economy, it transferred the funds to the Russian securities market operator NSD, through which they are further directed to investors. Sanctions against Russia have slowed NSD’s operations, but the money transfer is now being processed at the US JPMorgan Chase, according to a Reuters source.

“The Russian Ministry of Economy has fully complied with its obligations,” the ministry said according to Reuters.

March in the middle, Russia paid $ 117 million in maturing interest on two bonds and last week another $ 66 million. Excluding the most recent installment, Russia still has $ 4.4 billion in loans to repay for the rest of the year.

The next payment is due on the last day of March, when $ 447 million will fall due. The largest tranche of the year, $ 2 billion, is again due on April 4th.

Russia also announced on Tuesday that it would buy back government bonds on this largest $ 2 billion loan and offer the bondholders their full face value in rubles, Reuters says.

However, the ministry did not say how many bonds it intends to buy back or what it intends to do if the bondholders do not accept the offer.

For example, the news agency Reuters interpreted the confusing offer as revenge on the West, against which Russia feels it is waging an economic war. If Russia tried to force the payment in rubles, it could be interpreted as a breach of contract on the bond. That, in turn, could re-raise the threat of insolvency.

Last week, Russia made a similar offer regarding energy. At the time, it demanded “hostile countries” to pay for their gas purchases in rubles. The purpose of the claim was, among other things, to strengthen the ruble.

The recent proposal is also estimated to be Russia’s attempt to strengthen its own currency.

Read more: Russia wants Finland and other “hostile countries” to pay for their gas purchases in rubles in the future

Bond that is, a bond, sometimes also a Bondi, is a loan taken out by a company or other entity from the public, says Stock Exchange Foundation.

In bonds, the borrower, ie the issuer, discloses the terms of the loan in the sales prospectus when it offers the loan to the public for subscription. The most important information for a private investor is the loan period and the coupon rate.

Loan periods vary from a few years to tens of years. The coupon rate can be repaid once a year or more often. The most common repayment option for the loan itself is to repay the principal either in annual installments or as a lump sum at the end of the loan period.