Argentina: The date of the Government so that the low cost stops charging 50% below Airlines 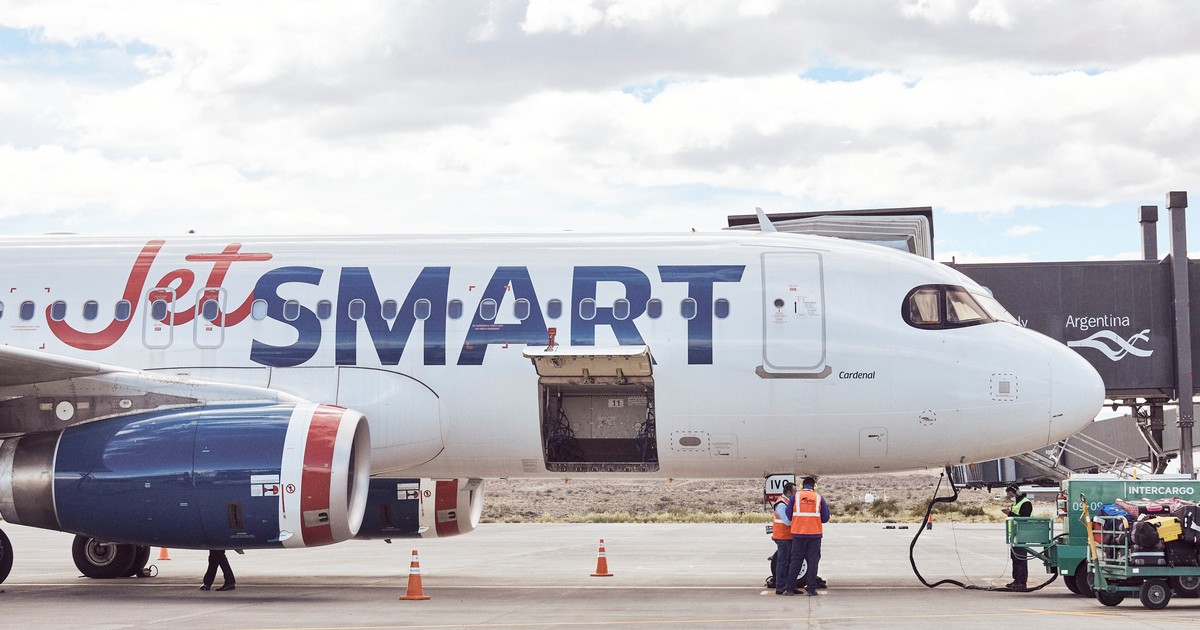 The Government finalized a new round of consultations with the three airlines that operate in the cabotage market, Aerolineas, Flybondi and JetSmart, to “advance compliance” with the rate bands, both minimum and maximum, within which the prices of air tickets will be framed. The deadline is June 24at the gates of the winter holidays.

The meetings with the directors of each airline were in separate meetings, at the headquarters of the Ministry of Transport. its owner, alexis warrior was the one who together with the president Alberto Fernandez and the chief of staff, John Manzursigned the decree Decree 879, published on December 24, which orders the reestablishment of the rate bands in cabotage air transport and establishes a term of 180 days for its implementation.

Was the second meeting of this type and took place in parallel with the feverish negotiations that Transport officials were carrying out at that time to try to deactivate the railway strike of the La Fraternidad union. attended Pablo Ceriani head of Airlines, Mauricio SanaCEO of Flybondi, and Gonzalo Perez Corral general manager of JetSmart of Argentina. Alvaro ErreaChief of Staff of the Ministry of Transport, officiated as host together with the head of the National Civil Aviation Agency, Paola Tamburelli.

The head of Aerolineas Argentinas, Pablo Ceriani, together with the chief of staff of the Ministry of Transport, Alvaro Errea, and the head of ANAC, Paola Tamburelli, at the Transport headquarters.

The meetings were specifically to discuss airfares, where today both Flybondi and JetSmart are offering their cheapest seats 50% below, or even less, than what Airlines charges for its cheapest tickets. In its statement, Transportation said that both the meeting on Monday and the previous one were “to advance compliance with decree 879/2021 referring to the scheme of rate bands“.

Airfare bands were almost completely eliminated during the government of Mauricio Macri in mid-2018, since by then the maximum bands no longer applied and the then Minister of Transport, Guillermo Dietrich eliminated the minimum bands for tickets purchased more than 30 days in advance.

There were no new updates to the minimum rates after that measure, so those that were still in force at the time for last-minute tickets they have become outdated.

The head of ANAC, Paola Tamburelli, and the Chief of Staff of the Ministry of Transport, Alvaro Errea, together with the CEO of Flybondi, Mauricio Sana (right).

A fact that is not minor is that Macri finished eliminating a minimum tariff band that Kirchnerism itself had already frozen since 2014 and he had been letting it liquefy with inflation. It had been a decision of the then head of Airlines and current senator Mariano Recalde leader of La Cámpora and, according to industry sources, who today has the last word in aviation policy.

The decision to restore the rate bands, following this reasoning, could not have been carried out without the approval of La Cámpora, as their own spokesmen admitted to this newspaper. In the same way, the meetings that are taking place now to limit, but at the same time seek to provide containment to other claims of the low cost, they have the permission of the group that leads Maximo Kirchner.

On this last point, La Cámpora maintains differences with the aeronautical unions, which directly reject the presence of low cost in the local market. After the pandemic, a long movement began to dismantle the El Palomar airport, where both Flybondi and JetSmart operated at low costs, but at the same time, La Cámpora officials were negotiating the arrival of these two airlines at Aeroparque.

Now, with the capping of minimum rates as objectives, some other type of compensation is being sought. This follows from what they pointed out in JetSmart after the meeting on Monday. In this airline, owned by the American group Cartesian and the airline American Airlines have been asking for new moorings to take a fifth and sixth plane to Aeroparque, as well as access to passenger sleeves.

The Chief of Staff of the Ministry of Transport, Alvaro Errea, the head of the ANAC, Paola Tamburelli, and representatives of the airline JetSmart (sacked), at the Transport headquarters.

“We were summoned to the Ministry of Transportation to once again offer our point of view on the issue of fare bands and other points on the airline agenda. It was a friendly meeting. We re-presented evidence on the need to take more advantage of airport infrastructure, the theme of the moorings and the convenience for all the actors that the activity can be recovered among all”, they pointed out from JetSmart.

From Transport they added that they will continue “deepening the analysis of the shared data and maintaining all the necessary meetings in the future.” The concrete thing is that that same night, from the ANAC, they sent notes to the airlines requesting the composition of your costs.

Did they take that greater participation from Aerolineas? The participation of the flag line is still around 69% to 71%, the same as it was at the time of Macri’s “airplane revolution”. The percentage of “low cost” grew mainly at the expense of the closure of LATAM Argentina, which was the second airline in the local market, in June 2020.

But in addition today the low cost apply an aggressive commercial policy, which translates into rates that, precisely, have a “floor” that Aerolineas does not reach. A random example, taking Aeroparque as a starting point and a week in June as the round trip date (more than two months in advance) yields the following rates, adding the round trip sections: