The US Treasury yield curve is becoming a problem 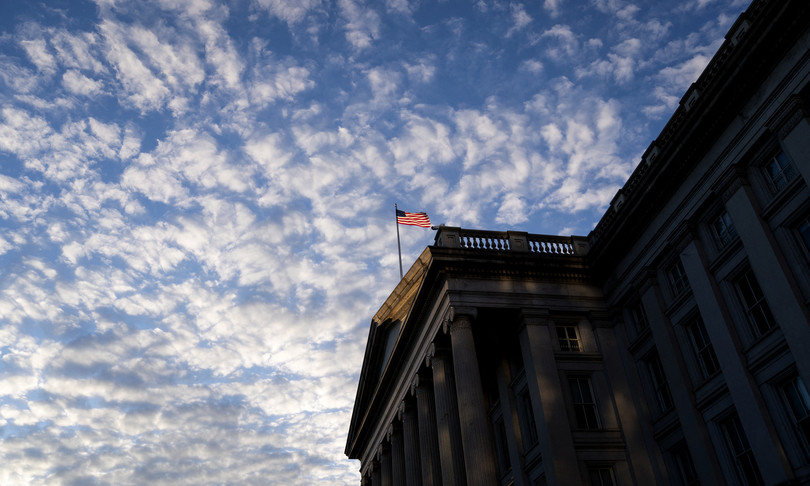 The markets are rising and starting to positively end the month of March, driven by the hopes for peace coming from Istanbul. However, the context in which the markets are moving remains highly volatile and unstable, due to the uncertainty over the peace talks, the increase in inflation, the lockdowns in China and the Fed rate hikes, starting with that of May which will almost certainly be half a percentage point.

The first meeting in Istanbul of Russian and Ukrainian negotiators galvanized the markets, especially after Moscow declared it will reduce military activity on Kiev and Chernikiv to encourage dialogue. We continue to hope for a truce although the bombing continued on Kiev and the Russians blocked almost 100 ships in the Black Sea, halting the export of grain.

Washington, which had already expressed doubts about the Istanbul negotiations yesterday, invites us to “not be deceived” by the withdrawal of Russian soldiers. According to the Ukrainian defense staff, there is no withdrawal underway, as announced by Moscow, but a “mere alternation of units”. Also for the Pentagon it would only be a ‘rotation’ of troops. Kiev, however, said it was ready for neutrality and renouncing NATO, while Moscow would accept Ukraine’s accession to the EU, albeit not immediately.

The yield curve begins to reverse

Contrasting signals are also coming to the markets from US Treasury yield curve, which tends to flatten out and which is starting to reverse at certain points, which means that short-term yields are rising more than long-term yields, a signal that is generally not considered good at all. THE

Previous economic slowdowns have often been preceded by a reversal of this curve. However, its predictive value is unclearnot least because the period of time that typically elapses from curve reversal to recession often varies greatly.

And then the markets acknowledge that the Fed intends to accelerate on rate hikes this year to lower inflation, but then it could stop, because these tightenings will help accelerate a sharp slowdown in economic growth. And this, in turn, in the not too distant future, will prompt the Fed to ease the tightening and, probably, to lower rates.

However, for now, the spread between these two rates remains positive, even if the red light is now on and flashing, also because the yield between 5 years and 30 years has gone negative, which however is not particularly reliable: this curve never reversed before 2020, stopped reversing nearly two years before the 2008 recession, and provided a false positive in 1994.

But what is this inversion and why it is talked about so much? A yield curve, in bond market parlance, records the gap between the yields of longer and shorter maturities. Because we generally know little about our future, longer-dated bonds will tend to have higher yields to offset the greater risks associated with buying those bonds.

When the gap between short-term and long-term yields narrows, in technical language we say that the yield curve “flattens.” On the rare occasions when longer-term yields fall below short-term yields, the yield curve is said to have reversed. Why is this so important? For two reasons. In the first place, Yield curve reversals tend to signal that a recession will come within a few months. Second, an inverted yield curve tends to make life very difficult for banks, which traditionally make their money by pocketing the difference between what they borrow in the short term (through deposits), at low rates and what they lend. in the long run, at higher rates.

In this context, Moscow reiterates the payment of gas in rubles and Brussels and the G7 their “no” to this request. Today there are expectations for US weekly oil stocks, US GDP in the fourth quarter and inflation data in Germany in March, which tomorrow will be followed by consumer prices in Italy and France and Friday by those of the Eurozone. . The latter are expected to rise sharply in March: from 5.9% to 6.7%. On Friday 1 April, the virtual meeting of Charles Michel and Ursula von der Leyen, Presidents of the Council and of the European Commission, will take place with Chinese President Xi Jinping and Premier Li Kequiang. On the same day, March data on the US labor market will be released and in the evening, with US markets closed, Moody’s will release its assessments on Italy’s rating and outlook.

The other knots to untie

The alarm from the IMF about the war

“The world economy is still recovering from the pandemic, so we’re starting from a weak spot. We hoped the world would grow more and suppress inflation. But we got the exact opposite. Growth has fallen, inflation is. The war in Ukraine is devastating for Ukraine, probably (the economy) will shrink by a third “and” is very bad for Russia, which will be in deep recession this year, but spill over to the rest of the world , it goes far and goes fast “. This was stated by Kristalina Georgieva, operational director of the International Monetary Fund, at the World Government Summit at Expo Dubai.

China is planning a new tightening in the ‘live streaming’ sector. This was revealed by the Wall Street Journal, citing sources close to the operation. Live streaming has become a big business in China in recent years. In 2020, the China Association of Performing Arts estimated it at around $ 30 billion. It is an interactive system that allows you to make online purchases in real time, during live streaming. Today, live streaming has become a profitable online sales channel for many luxury brands, although it actually originated in China as a form of entertainment especially for young people: singers, comedians and other performers and influencers broadcast live for their fans. in exchange for ‘virtual gifts’.

As early as 2016, Chinese authorities have begun to shut down dozens of these live streaming platforms, sanctioning thousands of artists. However, this attempt to appease the phenomenon has actually turned into an opportunity for more forward-looking apps, such as Taobao, which have recognized its important potential by investing in this new way of commercial communication. Over the years and particularly during the pandemic, the phenomenon has transformed into a major business that has attracted a good chunk of online sales. According to the WSJ in recent days, the Chinese authorities have decided to develop new rules to limit the daily monetary spending of Internet users, setting a daily limit on how much live-streamer can be received from fans and considering the imposition of censorship. stricter on content. However, the WSJ says that the Cyberspace Administration of China, the main Chinese internet regulator, has refused to comment on these revelations.