Carlos Melconian: “Without reserves in the Central Bank, dollarization is nonsense” 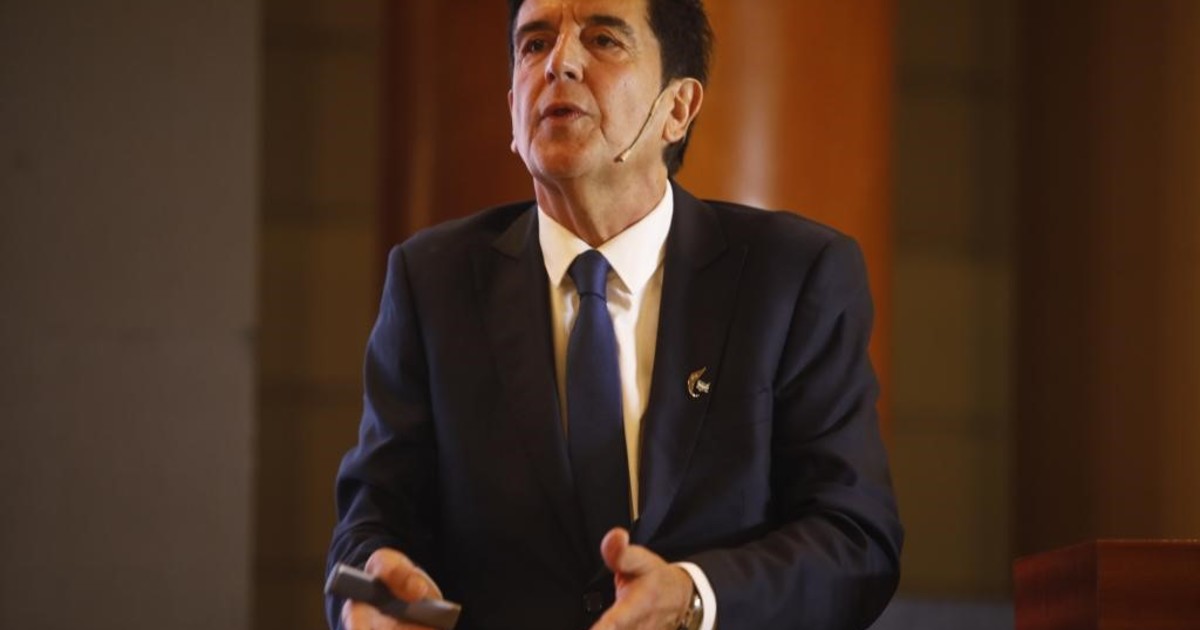 Carlos Melconian made his official presentation as director of the economic team of the Mediterranean Foundation this morning at the Buenos Aires Stock Exchange. From there he told the guidelines of the economic program on which his team is working and that he will make available to whoever assumes the presidency in 2023.

The economist presented the bases of the “comprehensive, productive and federal economic program” that is being designed by the Institute of Studies on the Argentine and Latin American Reality (IERAL), of the Mediterranean Foundation.

He did so at the Buenos Aires City Stock Exchange, in the framework of the Foundation’s 45th anniversary, accompanied by María Pía Astori, its president. Among the special guests were the president of the stock market, Adelmo Gabbi, and several leading businessmen: Eduardo Eurnekian, Cristiano Ratatazzi, José Urtubey, Miguel Acevedo, Martín Cabrales and Guillermo Dietrich, among others.

He was also accompanied by economists who are part of his team, such as Enrique Szewach and Facundo Martinez Maino and other colleagues such as Gabriel Rubinstein, Camilo Tiscornia, María Castiglioni and Esteban Domecq.

Presentation by Carlos Melconían at the head of the economic team of the Mediterranean Foundation.

Melconian clarified that expressly I had not invited any politician, to highlight the “non-partisan” character of the proposal.

“Argentina needs a real and profound change in its economic organization,” he stressed. And he emphasized that “it is essential to recover a currency that meets all the conditions to be a currency voluntarily.”

“With patches and partial modifications, it will be very difficult to get out of the current impasse, whose most dramatic symptom is poverty,” Melconian said. And he concluded: “We are not willing to live in a country in decline. We must recreate the culture of work and have a respected currency. Reversing the downward trend of recent decades is possible”.

As defined by the economist, it is a “non-partisan” plan, but it will have axes in a program “capitalist, westernist and progressive” which will include legally recognizing bi-monetary status.

“It is essential that a currency meets all the conditions to be a currency, voluntarily. This implies legally recognize the bi-monetary nature of the Argentine economy“, he pointed.

He also referred to the controversy over dollarization that has gained momentum again in recent days. “No reserves in the Central Bank talking about dollarization is nonsense. But it is necessary to give the freedom to choose and legally recognize bi-monetary status”, he pointed out.

“This is not about a macroeconomic program to stabilize but about reforms to grow, create jobs and improve the quality of life. It is 100% apartheid and we are not working for any electoral candidate. We start almost two years before the renewal of the mandate and this will be made available to whoever wins, ”he maintained.

“Argentina needs a real and profound change in its economic organization. With patches and partial modifications, it will be very difficult to get out of the current impasse, whose most dramatic symptom is poverty”, he maintained.

He also pointed out the excessive rise in public spending and stressed that “there are no more rate subsidies; we have been testing since 2003 and it does not work”.

Just as they did in Córdoba, Mendoza and Buenos Aires, over the next few weeks, Carlos Melconian and his team will visit all the regions of the country where the Fundación Mediterránea has a presence through its subsidiaries, in order to continue sharing the foundations of the economic program 2023.