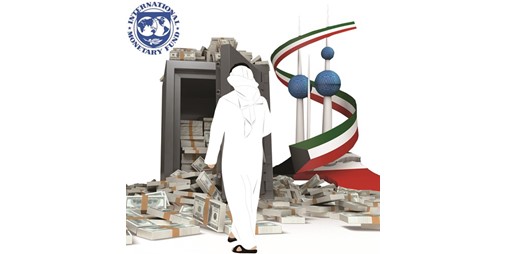 Kuwait’s cash reserve with the International Monetary Fund last January maintained the same levels as last November and December, at 236.5 million dinars, which is the same record level achieved last July, according to the Central Bank of Kuwait data for January 2022.

On an annual basis, the volume of Kuwaiti reserves deposited with the International Monetary Fund increased by 7.9% at the end of last January, at a value of 17.3 million dinars, compared to their levels of 219.2 million dinars at the end of January of 2021.

The total foreign currency and deposits abroad increased by the end of January to reach 12.21 billion dinars, an increase of 1.8%, compared to 11.99 billion dinars during last December. Deposits here are deposits available on demand, which are deposits available with foreign central banks, the Bank for International Settlements and other banks. The currency also consists of paper money and coins in circulation from foreign currencies and generally used to make payments, with the exception of commemorative coins.

The International Monetary Fund works to enhance financial stability and cooperation in the monetary field at the world level, and facilitates international trade, increases employment of labor and sustainable economic growth. It also helps in efforts to reduce poverty worldwide. The Fund is managed by the 189 member countries.

The International Monetary Fund also provides advice on how to achieve economic stability, prevent financial crises, and improve living standards. The total amount that the Fund can lend to member countries is $1 trillion.