The recovery is running and the GDP is close to 5% in 2021, says Bank of Italy 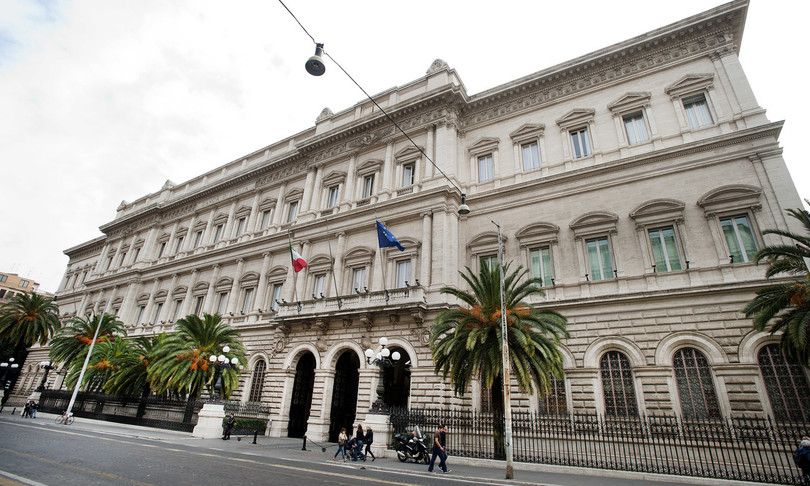 ` – The recovery in Italy accelerates, driven by investments. Although some unknowns remain linked to the evolution of the pandemic and the effectiveness of the measures to support the economy. The Bank of Italy revises its economic forecasts upwards, estimating GDP growth in 2021 close to 5%. Output growth will stand at 4.5% in 2022 and 2.3% in 2023, and pre.pandemic activity levels will be recovered “within the next year”–

This is a picture, it is emphasized, which presupposes “that the improvement of the national and global health framework continues and that the support coming from monetary and budgetary policies is maintained”. The growth profile illustrated, observes via Nazionale, “is heavily dependent on the effectiveness of the support and relaunch measures financed with the national budget and with European funds, including those outlined in the National Recovery and Resilience Plan”.

Bank of Italy puts on paper in the tables a GDP growth of 4.4% in 2021, explaining however that this projection does not incorporate the data released by Istat on 1 June, in which the growth in the first quarter of the year was revised to increase of half a percentage point. Taking this into account, the growth estimate for next year would be higher by more than half a percentage point, thus approaching 5%.

The projections of Via Nazionale do not depart from Confindustria’s forecasts– The president of industrialists, Carlo Bonomi, said that in 2021 we will have growth “higher than what has been declared and I believe we will break through 5%. I believe the conditions are in place for a small economic miracle, but not too small”. Economy Minister Daniele Franco, in the last hearing in Parliament, defined an upward revision of the annual GDP forecast to 4.5% as “probable” contained in the Economic and Financial Document.

In January, Bank of Italy had estimated GDP growth of 3.5% in 2021, 3.8% in 2022 and 2.3% in 2023. The upward revision for this year and next “mainly reflects the stimulus effects coming from the additional support measures introduced by the Government in recent months and the most up.to.date information on the use of European funds, contained in the NRP recently sent to the European Commission ”.

The recovery of the economy will be driven above all by investments, which, according to the central institute, “expand to an accentuated extent thanks to the attenuation of the uncertainty about the demand prospects (as confirmed by the most recent surveys of the Bank of Italy), to the favorable financing conditions and to the support coming from the measures planned under the NRP “. An increase in the gross fixed investments of 13.8% this year, 9.3% in 2022 and 4.8% in 2023.

“Consumption returns to grow more gradually, with a lower savings rate compared to 2020 – explains Bank of Italy – but still higher than pre.pandemic levels. The recovery in exports, in line with the trend in foreign demand, is driven by trade in goods, while the recovery of international tourist flows would be more gradual “.

“After the slight drop in prices in 2020 – according to the projections – consumer inflation would turn positive, reflecting the restart of the global economy, the increase in the price of raw materials and the progressive reabsorption of the margins of unused capacity, but would remain contained, at 1.3 per cent this year and at similar levels in the next two years (1.2% in 2022 and 1.3% in 2023) “.

According to Via Nazionale, the support measures of the government and European resources, starting from those envisaged by the National Recovery and Resilience Plan, they will raise the level of GDP by about 4 percentage points in the three.year period 2021.2023 and half of the impact is attributable to the effects of the NRP.

“This growth profile – explains Bankitalia – is heavily dependent on the effectiveness of the support and relaunch measures financed with the national budget and with European funds, including those outlined in the National Recovery and Resilience Plan (Pnrr). as a whole, these measures raise the level of GDP by about 4 percentage points in the three.year forecast period — Half of this impact is attributable to the effects of the NRP; this reflects the hypothesis that the interventions, in particular the investments, are carried out without significant delays and are effective in supporting the production capacity of the country “.

Employment at pre.Covid levels by 2023

Via Nazionale is also optimistic on the prospects of the labor market, estimating that “the return to growth is reflected in a similar increase in hours worked, which will return by 2023 to the levels prior to the pandemic”. The unemployment rate, according to projections, will rise to 10.2% in 2021, and then drop to 9.9% in 2022 and 9.5% in 2023.

“The number of employees, which in 2020 had reduced much less than the hours thanks to the measures to support employment – observes the Bank of Italy – would start to grow again from the current quarter; after a decrease of 1.2 per cent on average this year (which reflects the fall already recorded in the first quarter), it would return to the levels of 2019 by the end of the three.year forecast “–