Argentina: The Government bought eight LNG ships for US $ 745 million for the winter 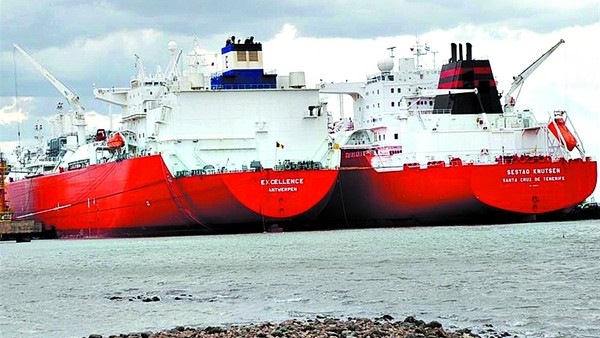 In the first important tender to obtain gas for the winter, Ieasa -the former Enarsa- selected the suppliers of eight LNG ships that will arrive in May. With energy prices skyrocketing, Argentina has committed to disbursing more than US$750 million for these shipments.

The price that the country will pay ranges between US$ 35 and US$ 45 per million BTU, the sector’s unit of measure. To get an idea of ​​the increase in prices, that same product was imported at an average of US$ 8.33 during the winter of 2021. The amounts almostand they were quintupled by the Russian invasion of Ukraine, but they were already on the rise from before.

These first eight ships represent less than a fifth of this year’s import needs. It is estimated that the country will demand no less than 50 ships from May to September.

If the country has to continue importing at these prices, the Treasury will have to disburse between US$ 5,000 million and US$ 6,500 million, according to industry estimates that also circulate in the Executive Branch. That will depend on the evolution of the conflict in Ukraine and its impact on energy products.

Ieasa (the former Enarsa) bought 10 ships and paid US$181 million in one of the tenders it made in 2021. This time, it asked for fewer charges (eight), but the prices increased fivefold.

The LNG suppliers will be international traders who are usually bought from. Russia’s Gazprom submitted an offer, but the Ieasa board did not choose it.

Ieasa buys by instruction of the Ministry of Energy. That dependency studies the gas supply, and commissions the company to call for bids to obtain the LNG that it lacks.

The Secretary of Energy, Darío Martínez, warned the Minister of Economy, Martín Guzmán, about the dangers of interruption of gas supply in the winter. It was in a document, which Martinez then lowered the tone. The Executive Power is thinking about supply suspensions to industries. They would be negotiated with the companies. The idea would be to always keep homes with the necessary heating.

In the winter, the country only produces 73% of the gas it consumes. The rest comes through a Bolivia and LNG ships imported.

The Government believes that this may be the last winter with large import needs. Officials estimate that in mid-2023, the gas pipeline that will connect Vaca Muerta with Salliqueló will be ready, in the province of Buenos Aires. In this way, producers could extract more gas than the current one and move it.

The Vaca Muerta formation has gas reserves that guarantee gas consumption for 50 years. But the companies are reluctant to take it out, because they don’t have a way to transfer it to the main production centers, how to store it or sell it to other countries. There is a bottleneck that is being cleared with the gas pipeline.

There are specialists who estimate a need to import 70 ships, but in the Government they are evaluating a lower number, because it implies an outflow of dollars in a context of few reserves in the Central Bank.

During 2021, the Executive Branch subsidized 70% of the cost of gas on the bills. Since March of this year, an increase of 20% has been in force, but until now these additional incomes will go to the distributors, and not to the State to reduce subsidies.

Before this 20% increase, gas distributors had already been noticing an increase in delinquency, that is, in the number of households that do not pay on time. These companies usually owe Ieasa money for the imported gas, since they say they cannot pay it with what they collect on the bills.

The Secretary of Energy calculated that it needed $210 billion to subsidize gas bills in 2022. But that estimate was made before the Russian invasion of Ukraine. At that time, imported gas was between US$23 and US$24 per million BTU. Now it will be bought in a range between US$35 and US$45, that is, it is between 50% and 100% higher than estimated.