In Argentina there are 2,400 fewer active construction companies than in the pre-pandemic 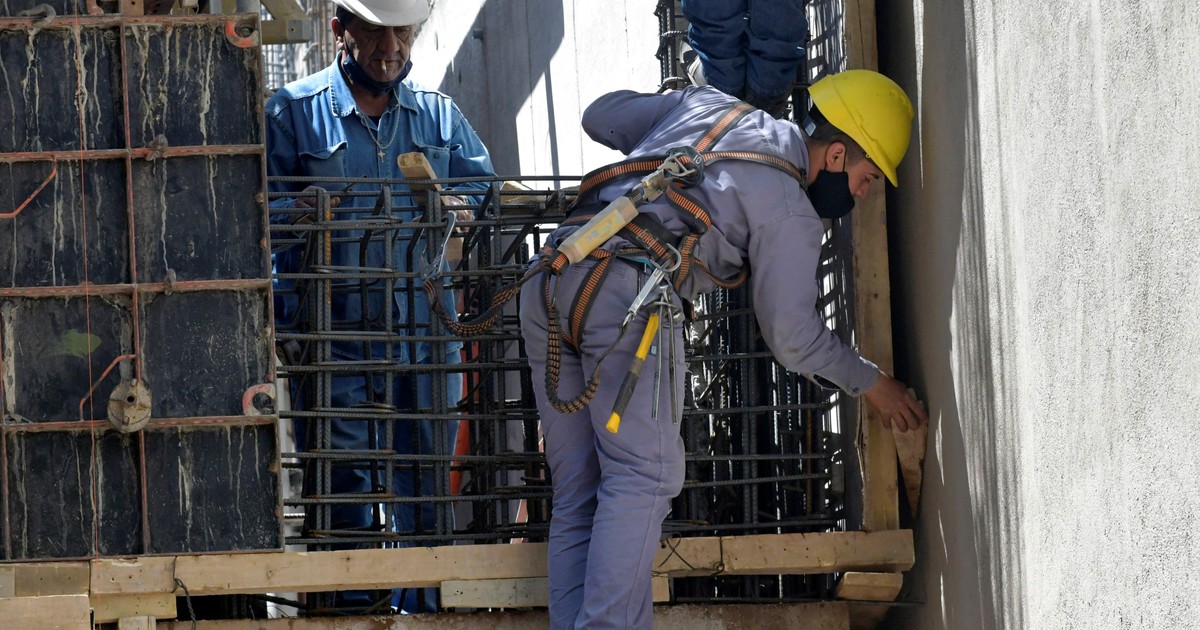 The construction sector was one of the first to react after coming out of isolation and even achieved an interesting move in the private branch during the toughest months of the pandemic.

However, today there are 2,443 active construction companies less than before the arrival of Covid, which represents a 10% drop in the number of companies in operation, according to a report from the Institute of Statistics and Registration of the Construction Industry (Ieric).

In February 2019 there were 23,778 active construction companies in Argentina. Two years later the number dropped to 21,335. That does not necessarily mean that the firms have closed definitively, but it does make it clear that at least today they are not participating in any work.

The data on the number of construction companies working in the country shows a certain contradiction with activity rates of that sector.

According to the values ​​published by the Association of Portland Cement Manufacturers (AFCP), in all of 2019 -the last year before the pandemic- 11,103,556 tons of cement were shipped in Argentina. Far from falling, in all of 2021, 12,125,405 tons of this material were consumed (9.2% more). A slightly more detailed analysis shows that the growth occurred both in the public and in the private part.

The same trend was maintained in the first two months of this year. In January a streak of 16 consecutive months of growth was cut, but in February there was a new upturn in activity.

In the first two months of the year, the sector’s activity grew.

In summary there is more work for fewer construction companies. Gerardo Fernández, president of the Confederation of Construction SMEs of Argentina (CPC), explained that this is due to the fact that a large number of firms closed during the toughest months of the pandemic.

“Large corporations are managed in a particular way. When the accounts don’t add up, they fire people and stop the work. SME construction companies create a link with their employees and in the vortex of everyday life, they are not kept as informed. That’s why he keeps trying to drive when the situation is critical and they end up crashing”, he commented.

“For this reason, more than 2,000 SMEs were lost throughout the country during the pandemic and most likely they will never reopen. A construction company takes many years to build, because it requires background to do any work and even more so if it is specialized,” the businessman remarked.

Economist Carlos Rodríguez agreed. “Companies with more backs held up better the time of pandemic. Many small firms fell by the wayside and have not recovered”, she analyzed.

The statistics confirm the reading of Fernández and Rodríguez. In the historical evolution of the number of active companies, it can be seen that the “deepest well” occurred precisely between May and July 2020, when public works stopped at zero and Isolation, Social, Preventive and Mandatory governed.

At that moment the number of active companies fell to 14,000. Over time, the firms recovered, but many did not reopen.

If the evolution of the number of construction companies by province is analyzed, a similar picture is found in almost the entire country, but with some jurisdictions more affected than others.

In percentage terms, there are two provinces that stand out for their poor results. Is about La Rioja and Mendoza which suffered drops of 23% and 22% respectively in the number of firms in activity.

The performance of the Province of Buenos Aires, which suffered a 16% contraction, was not much better. While it wasn’t the largest percentage drop, it was the most significant in number of companies since 1,114 companies of the 7,187 that existed in February 2019 ceased to operate in that jurisdiction.

The only two provinces that showed positive values ​​were San Juan and Catamarca, although its results are not enough to move the needle of the national total. The province of Cuyo incorporated 10 construction companies in the analyzed period, reaching a total of 429, while Catamarca added 28 new companies, reaching 211.