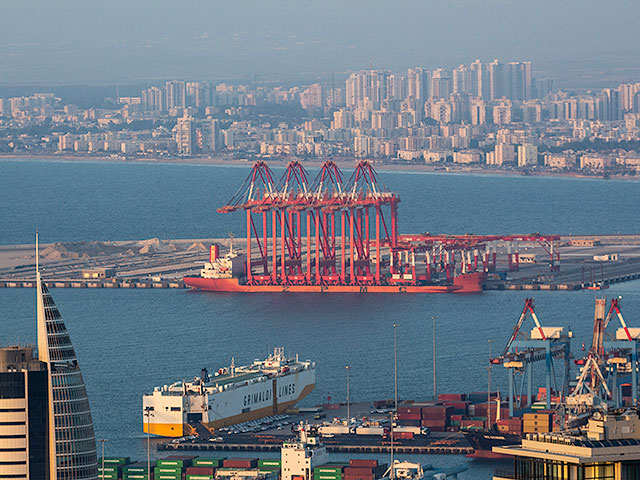 The Turkish holding company Yildrim filed an administrative appeal with the Jerusalem District Court against the decision of the tender commission of the Ministry of Finance and the Department of State Companies to remove it from participation in the tender for the privatization of the Haifa port.

The company is demanding that the February 2022 decision be reversed, that it be given access to the tender documents, including documents that justify its ban on participation in the tender, and that it be disclosed exactly what the Israeli security services are afraid of.

The deadline for submitting proposals under the tender is May 12, 2022.

Recall that in February this year, the Director General of the Ministry of Finance Ram Blinkov notified the head of the Israeli-Turkish consortium Oceanow, Eli Tiles, that the consortium would not be allowed to participate in the tender for the privatization of the Haifa port for reasons of national security. The decision came after several months of secret meetings regarding the defense aspects of the port’s privatization. The point on this issue was put at a meeting with the participation of Prime Minister Naftali Bennett, representatives of the Foreign Ministry, the Ministry of Finance and security agencies.

The Oceanow consortium, consisting of Turkish Yildrim Holding, American GraeStone Logistics LLC and Israeli businessman Eli Tiles, who notified the Ministry of Finance on the eve of reaching an agreement on financing with Mizrahi-Tfahot Bank, then announced that they intended to challenge the decision in court.

It is worth noting that Oceanow had previously been removed from the race on the unofficial recommendation of the Israeli security services, who did not want to allow the Turkish corporation to manage the strategic facility. Representatives of the consortium were not invited to study visits and were not allowed to get acquainted with the terms of the tender. In November, additional hearings were held for the consortium, at which the tender commission listened to the position and claims of the holding’s representatives and postponed the final decision.

Recall that in November 2021, for the same reasons, a consortium with the participation of a company from the United Arab Emirates was blocked. The consortium of Maspenot Israel and the Dubai corporation DP World, which was considered one of the favorites, was blocked due to the desire of DP World to become not only an investor, but also the main owner of the port with the right to appoint a management, which is contrary to Israel’s strategic interests. The consortium was offered to revise the application, making DP World a minority shareholder, but this was already refused by the Arab side.