Putin discusses next steps for gas supplies to Europe 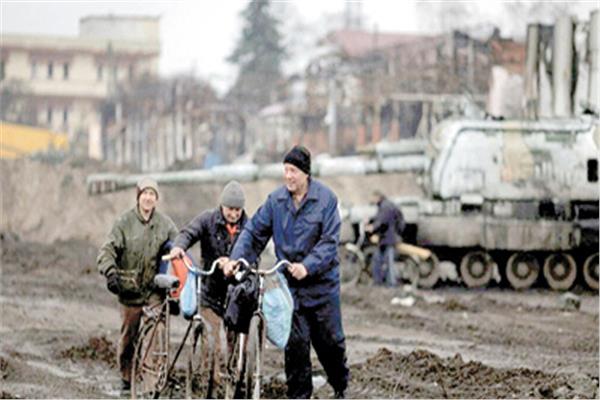 The deadline set by Russian President Vladimir Putin before the start of collecting the price of the country’s exports of natural gas in the local currency has expired, and Gazprom and the Russian government, including the Russian Central, submitted their report to President Putin on the mechanism for paying for natural gas supplied to Europe in Russian rubles instead of The euro and the next steps in this regard.

Moscow has been subjected to an unprecedented package of Western economic sanctions, including banning the assets of the Russian Central Bank and banning Russian energy imports in a number of countries.

On the other hand, the Russian president set the end of last March as the date for the start of collecting gas prices in the local currency, the ruble instead of the dollar and the euro, which caused a crisis for a large number of European contracting countries to buy gas from Russia.

Kremlin press secretary Dmitry Peskov denied that his country plans to stop pumping gas to European countries after the deadline, saying that the new collection mechanism will take longer to implement.

German Chancellor Olaf Scholz had a phone call with the Russian President, during which he confirmed that the payment for Russian gas will be made in euros and dollars.

The European Commission announced that its teams carried out previously unannounced inspections at the premises of several companies specialized in the supply, transport and storage of natural gas in Germany as part of an antitrust investigation.

The commission did not reveal the companies affected by the measure, but the agency “AFP” quoted two informed sources that the main target of the operation was the Russian giant Gazprom, “accused” of causing an energy crisis in Europe and illegally raising prices in Europe.

In a related context, the Russian government has allowed the parallel import of a certain group of products and goods, and there is talk of allowing the import of products through third countries, without the consent of the trademark owner or the manufacturer.

Russian Prime Minister Mikhail Mishustin announced that the Russian Ministry of Trade and Industry will publish a list of products covered by the new decision.

In Beijing, the Chinese Foreign Ministry stated that its country does not rule out the possibility of switching to the ruble or the yuan currency in the context of energy trade with Russia.

The Wall Street Journal also reported earlier, citing sources, that Saudi Arabia is considering using the yuan instead of the dollar to pay for part of the oil it exports to China.

In a related context, the Economic Times newspaper, quoting sources, reported that Russia and India have completed work on an interbank messaging platform that will be an alternative to the “Swift” system.

The newspaper suggested that the new payment system would be installed at the headquarters of the Central Bank of India and the Russian Development Bank, and that it would be operational within days.

On the other hand, the Russian newspaper “Kommersant” reported that Washington has eased restrictions imposed on the import of Russian mineral fertilizers in order to avoid shortages in these products and to avoid the impact of this on the US agricultural sector.

The newspaper pointed out that the US Treasury Department’s Office of Foreign Assets Control (OFAC) published a new general license dated March 24, which effectively removes Russian mineral fertilizers from the sanctions list.