From meats and vegetables to baked goods and dairy products, the 10 foods that increased the most in March 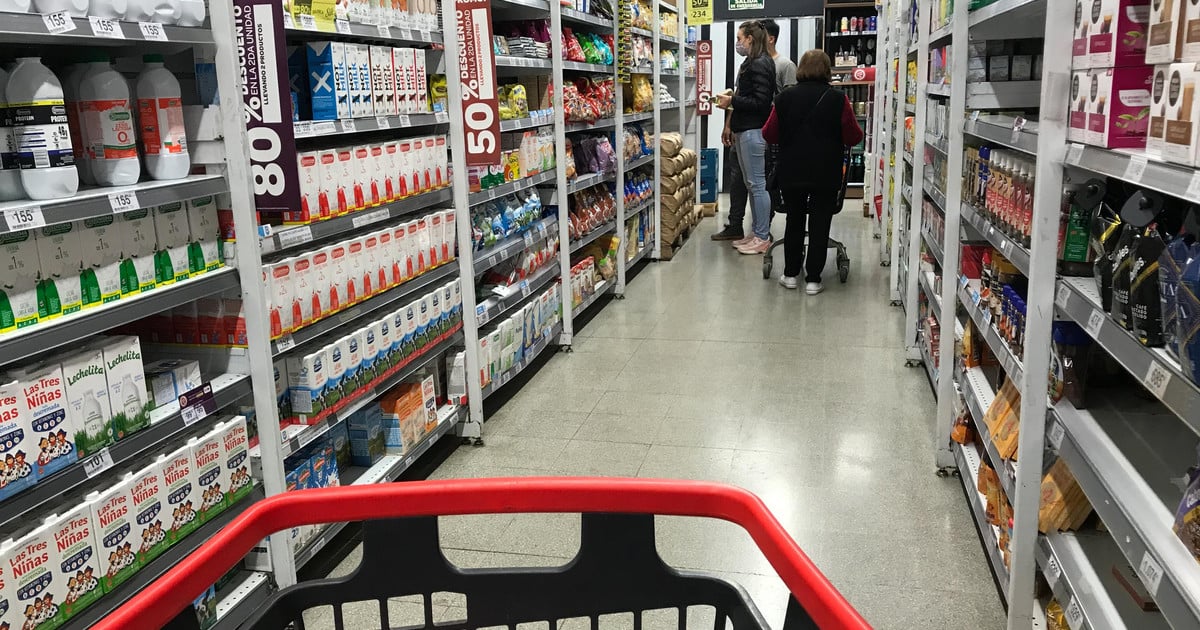 Unchecked inflation anticipates a complicated March and analysts warn that the data could reach 6% in the third month of the year. In the middle of that rise, the food sector is the one that pushes the most. Against this background, the government launched a “price war” last month.

Private calculations show increases in these products of between 5.8% and 6.3% on average. According to the consulting firm LCG -which measures online prices in supermarkets-, in the fourth week of March food averaged a rise of 2.89%.

The index of food and beverages, monitored until March 25, were the ones that most influenced monthly inflation (5.4%) average in the last four weeks and registered 7.7% point to point in the same period.

From this survey it can be deduced that the four products of the category that increased the most were baked goods, cereals and pasta, with 10.1%; dairy products and eggs, 7.2%; meats, 6.7%; and vegetables, 5.5%.

From the consulting firm Focus Market they assured that “March is accelerating with a floor of 5% inflation. Transportation, Education, Health, Food and Beverages and Housing are above the general indicator, exceeding 5% monthly inflation in all cases”.

For its part, according to EcoGo, food and beverages stood at a monthly average of 5.9% last month. The biggest increase was 4% in the third week of the month, after the announced “war” against inflation. The consultant estimates 6.3% inflation in March.

Aware of this, the Government has drawn up a series of measures that will possibly see the light of day this week.

Feletti relaunches four baskets in his “war against inflation”

The Secretary of Domestic Trade, Roberto Feletti, will launch this week an arsenal of measures designed to contain rising inflation.

Inside that package, as confirmed ClarionFeletti advances in a fresh basket, in Cared Prices, proximity basket and cuts of meat.