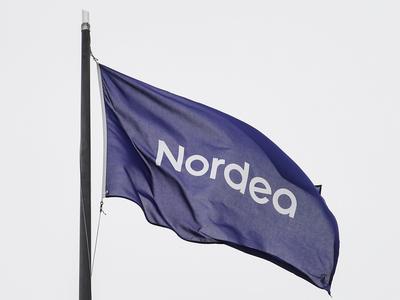 A banking group that has been overweight for a long time Nordea says in a recent weekly report that it is reducing the amount of overweight.

Nordea now recommends that equities be 5% overweight and bonds 5% underweight. Until a week ago, the bank recommended a ten percent overweight in equities.

According to Nordea, the change is due to the strong recovery of the stock market in late March.

“Concerns about rising interest rates at the beginning of the year and the economic challenges caused by the war in Ukraine were pretty much wiped out of the global stock market in March,” Nordea’s main strategy Antti Saari evaluates the bank in a weekly report.

However, the report reminds that the recovery on the Helsinki Stock Exchange has been slower than in the rest of the world.

“There is a little more to reach on the Helsinki Stock Exchange, as the challenges related to Russia are felt much more here than on a global scale.”

(The story continues after the graphics.)

In addition to stock market developments, Nordea’s change in policy has also been affected by the improved outlook for the loan market.

“However, with the rapid rise in interest rates, the outlook for bond yields has also improved, which is one of the reasons for lowering the overweight position and the underweight position in bonds,” the weekly report says.

Economic growth is expected to slow

According to Nordea, demand for goods has remained strong, industrial companies have good orders and the services sector is still recovering. However, Nordea estimates that the growth rate of the economy and corporate earnings will no longer reach the level of a strong recovery.

In Nordea’s view, the tightening of monetary policy and the war in Ukraine will bring gloomy clouds to the sky.

“Uncertainty about the availability of energy and other raw materials has already pushed up their prices, which could further accelerate inflation. Rising prices, in turn, are eroding consumers’ purchasing power, ”the weekly report says.

At the same time, however, Nordea points out that the rise in commodity prices is likely to be addressed through fiscal measures. In addition, rising fossil fuel prices are likely to accelerate investment in renewable energy.