How do you invest in the right company and make a huge profit even without controlling the stock market? 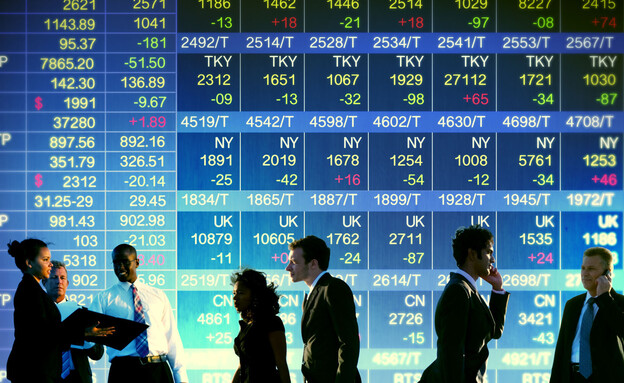 So what is an accessible offering and what is all the hype about? “An accessible issue is an issue that allows any potential investor to make an investment in a simple and friendly manner and on equal terms for everyone,” explains Yaron Hermesh, CFO of the company EPM”It is worth noting that the concept of an accessible offering is not something defined by law or regulations, issues in the country are divided into a uniform and non-uniform offer. Our use of the concept of accessible is that we also use advertising to inform the public about the issue “It is clear and facilitates the process for all citizens, without exception.”Before we dive into the revolutionary move, we will first understand how offerings usually work. “There are basically two methods to issue – a non-uniform offer (book building) Or a uniform offer. In a non-uniform bid, the issuer addresses before bidding to the general public, a limited number of institutional investors and large and professional investors in order to receive from them pre-orders before the bid to the general public. Many times, this stage includes benefits for customers over the public offer. If there is a surplus that has not been ordered by the large investors, the same surplus is offered to the public in a public tender that is conducted under uniform conditions to those who bid in the tender. “This method is the most accepted method in the United States and in recent years has become the leading and accepted method in Israel,” Hermesh describes.

The second known method is the uniform proposal. “In this method all shares are offered on the same terms as everyone, at the time of the auction bidders may bid a higher price and according to the average price at which all shares were purchased shares will be issued to everyone. There are rules how to distribute excess demand” “The ‘small citizen’ in the non-uniform method anyway Most if not all shares are offered to institutional and large investors. In the uniform method there is an information gap where sometimes the very existence of the issue is not sufficiently known to the general public. .

Inside such, EPM Breaks the glass ceilings and turns directly to the citizen at the end. “The offering is accessible, and in order to participate in the offering, we harnessed the website Last. Those who want to participate in the offering will be able to order and participate in the standard tender, “explains Hermesh and Specification.” It can be ordered using a credit card, bank transfers or an order for a securities account. Funds transferred via credit cards and bank transfers are deposited into a special account managed by an independent external trustee. If the issue is not completed, the money will be returned to investors. ”

According to him, the benefits for investors who choose to participate in the offering are many: “An accessible offering has the ability to bring many small investors to invest in the offering, and thus there are many benefits for the investor. “Time and if they change it, it could cause sharp fluctuations in the share price.”

The goal is for every citizen to be able to participate in the offering, in a simple and efficient manner. “The decision to make participation in the IPO accessible was born out of the desire to issue on equal terms to everyone and not to give priority to large and professional investors,” he emphasizes.

Along the way, it turned out that this was not a simple task. “Once we decided that this was the way we wanted to issue to the public, with a uniform offer, we began to examine how anyone could actually participate in the issue. We found it not simple and even a bit complicated. For example, the stock exchange website To the ordering site, and those who are not their customers can not order in the offering, “he describes,” even those who hold a securities account in most banks and brokers will not be able to order in the offering because the systems and applications for the most part do not allow it.

After much planning, EPM Breakthrough in the field: “We are not the first to try to make a public offering directly accessible to the public, but we do see ourselves as pioneers in that we act with an overall vision that is also intended to share the issue with the public, provide the public with a very comprehensive set of information. “Interested and for those who are interested, we have provided a simple tool for execution and the option to pay by credit card, bank transfer or through a stock exchange member.”

And with all the innovation going on, there are clear rules of the Securities and Exchange Commission and its rules that are kept in the IPO, just like a regular IPO. “The approval process for the offering is similar to any regular offering. The fact that we offer and allow the entire public to participate easily and simply has not diminished any requirement for securities available from companies that want to issue and submit a prospectus,” he explains. “Raising the funds through the Fund-It website, using a special account and a trust to secure the investors’ money in the period before the closing of the auction and listing for trading, and the like.”

He invites the public to read and learn about society EPM. “I recommend that those who are interested in reading the prospectus and the presentation that are on the MAI website (the stock exchange website), go to the company’s website, the website Last And look at the presentations and webinars that appear there, “he recommends and points out,” We in turn do everything necessary to disclose to the potential investor all the information about the company, bring to the attention of the entire public the very existence of the offering by advertising and allow anyone to make the investment in a friendly and simple way . We are happy and thank everyone who decides to join us as an investor. ”

And mother EPM Will you pave the way for a new type of issue in Israel? _OBJ. Success of EPM In the accessible offering, the possibility of raising money from the general public will become a realistic possibility that will be examined and carried out by other companies as well. This increases the scope of possibilities that the company interested in issuing has, “Hermesh thinks.

* The aforesaid should not be considered an invitation or offer to invest in the company, and should not be considered an investment advice, recommendation or opinion regarding the viability of investing in the company’s securities. The information contained in this article is not comprehensive and does not include all the information regarding EPM and its business, and should be read together with the company prospectus which was published on February 27, 2022 and is available for review on the Securities Authority’s website: www.magna.isa.gov. il including the risk factors described in the prospectus in relation to the Company’s activities and the challenges it faces.