The markets, including new sanctions, Twitter and Chinese strategies 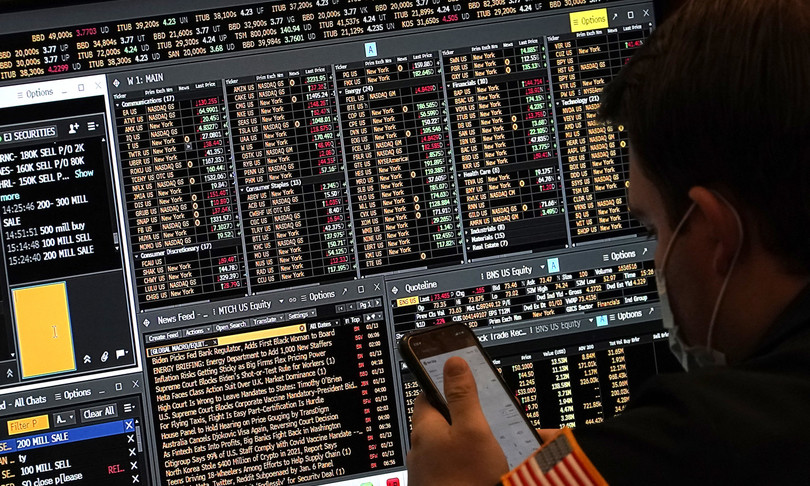 Markets are weak and cautious after yesterday’s Nasdaq jump on Wall Street. The alarm sirens for possible air raids have returned to sound almost all over Ukraine, while Volodymyr Zelensky announces that today he will address the UN Security Council for the massacres of civilians in Bucha and tomorrow in Brussels, on the table of EU ambassadors , there will be the fifth package of sanctions against Russia: ports, oil and coal, but not gas are in the sights.

On Tuesday 5 April, Tokyo and Seoul are not very busy in Asia, while Hong Kong and Shanghai, the two Chinese financial centers, remain closed. In Shanghai today the lockdown of the eastern districts should have ended, which instead will continue without a well-defined term due to the increase in infections from Covid. Futures on Wall Street are weak, following the surge on the Nasdaq, which closed yesterday at + 1.9%.

The technology was driven above all by Twitter, which rose by 27%, after Elon Musk, the owner of Tesla, surprisingly announced that he had bought a 9.2% stake in the microblogging social network. Futures on the EuroStoxx 50 are also weak, after yesterday the European stock exchanges started the week positively.

The focus in Europe is the discussion on the new sanctions on Russia. Ecofin meets today and the EU ambassadors’ table will meet tomorrow. For the Commission “nothing is excluded but it will be necessary to see the political conditionsHowever, Germany and Austria vetoed gas, declaring that stopping Russian gas imports “in the short term” is not possible, as it would harm the European Union more than Moscow.

The price of oil rises again

The WTI in New Yok exceeds 103 dollars a barrel and this morning in Asia rises over 104 dollars, while the Brent is close to 109 dollars. The scarce supply and the possibility of further sanctions on Russia more than compensated for the coordinated release of strategic reserves from consumer nations, particularly those of the US, which at the end of last week had dropped the price of oil by 13%.

Meanwhile, this week there is expectation for the minutes of the Federal Reserve and the ECB, which will be released respectively tomorrow and the day after tomorrow. The expectation is that the Fed will proceed with a series of aggressive interest rate hikes, driving the cost of money up between 2.5% and 2.75% at the end of 2022.

The markets are already pricing in these rises and the inversion of yields continues in the US between the two-year and 10-year Treausury rates, which are at 2.43% and 2.41% respectively. The mismatch between the two rates and above all the fact that the short-term rate exceeds the long-term one, represents an anomaly and for the markets it is the signal of a possible recession coming in the next 12/24 months.

EU accelerates on sanctions but is stalled on gas

Bucha’s atrocities shake Europe calling for new sanctions on Russia. Today in Brussels on the table of the EU ambassadors there will be the fifth package of sanctions against Russia: ports, oil and coal in the crosshairs. Italy will not veto but Berlin and Vienna hold back on the stop at Gazprom.

Stopping Russian gas imports “in the short term” is not possible and would harm the European Union more than Moscow, said German Finance Minister Christian Lindner. “We are dealing with a criminal war, it is clear that we must end economic ties with Russia as quickly as possible”, explained Lindner, however warning that “gas cannot be replaced in the short term”.

For Berlin, the EU must differentiate between oil, coal and gas, progressively replacing the missing supplies. Meanwhile, the Italian government aims to bring over 20 billion cubic meters of additional gas between now and 2024 from alternative sources to Russia thanks to the agreements being defined with Libya, Azeirbaijan and Algeria.

Twitter gained over 27% on Wall Street after Tesla boss Elon Musk bought a 9.2% stake in the company. Musk is a regular user of Twitter, which he has often publicly criticized. Last week he said he intends to build a new social media.

Last month Musk asked his followers if they thought Twitter “adhered strictly” to the principle of free speech, which he called essential for a functioning democracy, adding that “the consequences of this poll will be important.” More than 70% of respondents he replied no.

Based on the filing of his Twitter share purchase it would appear that Musk bought these titles before publishing the poll. Asked if he was thinking of buying his own social media platform, Musk replied that he was “seriously weighing it.”

Musk has been sued several times in the past, including by the SEC, Consob USA, for his Twitter statements about Tesla, the electric car manufacturer he owns.

Last week in the US, the yields of 2 and 30-year Treasuries reversed for the first time since 2019 but above all the 2 and 10-year yields, the most important, those that for the markets represent a signal of a possible recession coming in the coming months.

This week the reversal continues, although the US yield curve has now stopped at 2.5%. very close to the 2.4% that the Fed considers the long-term equilibrium point. In practice, the markets have already priced all the hikes the Fed expects to make in the long term.

“In my opinion – explains Antonio Cesarano, Intermonte’s chief global strategist – this means that the long, very long term part is ready to become more and more a thermometer of the risk of recession”. This would skip the idea of ​​a soft landing by the Fed, which aims to raise rates quickly to curb inflation without damaging growth too much. This is the goal of the Fed and also that of Joe Biden, ahead of the November midterm elections.

The hypothesis is that the US economy is strong enough to absorb a rapid and aggressive rate hike. However, the inversion of the yield curve tells us another thing and that is that this Fed’s ‘horse cure’ against inflation, in a very short time, could push the US economy into recession.

In practice, there are currently two schools of thought in the US. Both admit that the 2-10 year curve reversal typically means a recession could come within 12-24 months. Optimists argue that this time around is different and that the Fed will curb inflation, slowing the economy but not driving it into recession.

“My fear – explains Cesarano – is that the war and the rapid and aggressive Fed rate hikes, in this phase, will accelerate the slowdown in growth, leading the US into recession in 2024”. Tomorrow, from the minutes of the Fed meeting in March, there will be no big news on rates but if anything, we will know something more about the timing of the Fed’s budget reduction.

China abandons the Maoist slogan of ‘common prosperity’, launched last August by Xi Jinping and founded on the fight against enrichment, to shore up shaky economic growth. Last March, Beijing lowered its growth estimates for this year, taking them from + 6% to 5.5%.

The loss of momentum of the Chinese economy is linked to several factors: the real estate crisis, the increase in defense spending, rises by 7%, the lockdowns to curb the increase in Covid infections, the disruption of supply chains , famines that have reduced wheat yields by 20%.

China lacks the inflation levels of Western economies but fears imported inflation, e per curb it tip its one yuan forte. The ‘common prosperity’ program, aimed at redistributing wealth in the country, was a bit of the ‘flagship’ of the Xi presidency, but its cancellation demonstrates how difficult it is to reduce inequalities in China, in the absence of the usual double-digit GDP growth.

The slogan, notes the Wall Street Wall Journal, has reappeared only once this year in the long report on jobs, delivered by Premier Li Kequiang in March. In Zhejiang Province, which had been designated as the main testing ground for the program, the new economic plans practically no longer mention redistributive policiesset out to put more money into the pockets of less well-off Chinese families.

Beijing has set aside the new property tax that was supposed to fund social welfare programs. The finance ministry only said the plan was “too immature,” cutting short on explanations.

China’s tax system has remained virtually unchanged, with the bulk of taxes continuing to burden low-income workers and increases in the tax rates of the wealthiest classes simply postponed. In China, individual income taxes remain at 1.2% of GDP, against 10% in the US, while the pension percentage remains at 6.5% of GDP, against 9% of the OECD average.

The expression ‘common prosperity’ has been used several times by Mao and Deng Xiaoping to describe the socialist ideals of reducing inequality. Xi exhumed it in 2021, denouncing the fact that 10% of the richest people in China own 68% of total household wealth. Last January Xi reiterated that the realization of a ‘common prosperity’ could not wait.

With the Chinese economy booming after the first wave of Covid-19, politicians have accelerated those changes with which they hoped to meet the leader’s goals.

In the first place with the repression of industries, considered too profitable or too risky from a financial point of view, starting with those that operated on the Internet. Then introducing stricter regulations for property developers, which helped trigger the real estate slump. Furthermore, by initiating the repression of technology companies and closing tutoring companies, accused of promoting corruption and inequalities among young people and of encouraging foreign investment for profit.

But then, Chinese growth began to slow more than expected, the fear of capital flight has grown, the war in Ukraine has begun and the program of ‘common prosperity’ has fallen by the wayside. According to some economists, China could revive it after the party congress this fall, if growth rebounds strongly. However, it is not clear what Xi’s plans are in this regard.