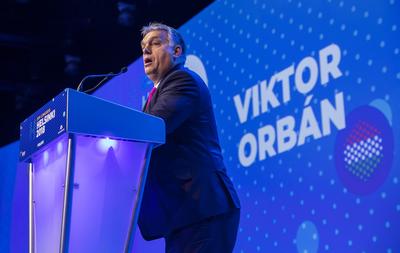 Chief Negotiator of the Rule of Law Mechanism Petri Sarvamaa (Kok) welcomed the statement by the President of the Commission.

“This is expected to rise for more than a month. The purpose of the budget law is simply to protect EU funds from misuse in member states that do not respect the rule of law. The law came into force a year ago in January. .

Last February, the last obstacle to enacting the law was lifted when the European Court of Justice dismissed lawsuits against the budget law.

“I have to say this with a heavy heart, but in recent years the rule of law has been shattered piece by piece, especially in Hungary and Poland. Especially in the midst of the war, we need to show our citizens that we stand up for these values,” says Sarvamaa.

There have been differing views in the EU as to whether the introduction of the mechanism would undermine EU unity in the midst of Russia’s hostilities.

“When it comes to upholding the rule of law, the EU itself only has to follow the letter of the law – not political assessments of what is appropriate and what is not. In the case of Hungary, the material is undisputed and therefore a procedure must be initiated with it. In the case of Poland, on the other hand, the Commission is not yet in a position to establish a clear link between the violation of the independence of the Polish judiciary and the misuse of EU funds. Therefore, it is not possible to initiate proceedings against Poland now, ”Sarvamaa says in a press release.

According to him, the mechanism of the budget law is very straightforward.

“Hungary must reply to the notification letter within three months. The matter will then be referred to the Commission, which will require clear legislative changes from Hungary to remedy the situation. If Hungary does not agree within the deadline, the Commission will present a proposal to the Council to freeze the budget. Fortunately, we were able to negotiate the law so that the Council can take its decisions by a qualified majority. A single Member State does not cram this. “

The process under the Rule of Law on the Rule of Law can take a maximum of nine months. If a Member State demonstrably corrects the situation by changing its laws and practices, its EU funding can continue as normal.