Undeclared work is worth 78 billion GDP. The South is worried 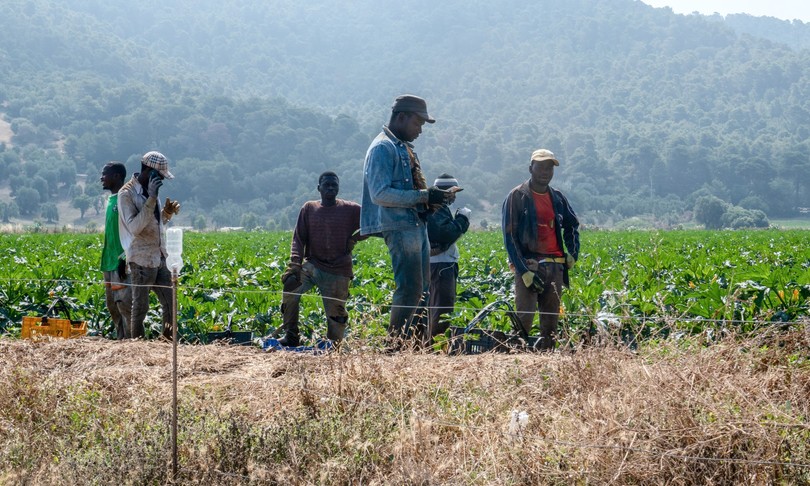 ` – Illegal work in Italy “produces” 77.8 billion euros of added value– A social and economic scourge, underlines the CGIA Studies Office, which, on a regional basis, has very different levels. Lombardy, for example, although it has over 504 thousand workers employed illegally, is the territory least affected by this sad phenomenon: the rate of irregularity is equal to 10.4 per cent, while the incidence of the added value produced by irregular work on the regional total is 3.6 per cent; the lowest rate in the country.

On the other hand, the most critical situation is recorded in Calabria: compared to “only” 135,900 irregular workers, the irregularity rate is 22 per cent and the incidence of the economy produced by the underground on the regional total amounts to 9.8 per cent. No other territorial reality shows such a negative performance.

In the North, the “black” is under control, worries the South

In general, the situation in the North is all in all quite under control, while in the South – also due to social, cultural and economic reasons – the presence of undeclared work is very widespread. After Lombardy, among the regions only “touched” by the “black” we see Veneto, the province of Bolzano, Friuli Venezia Giulia, Piedmont and Emilia Romagna. In these situations, the weight of the turnover generated by the undeclared on the regional GDP fluctuates between 3.7 and 4 per cent. In the queue, just before Calabria, it is the same he criticizes the situation of Puglia (7.1 per cent), Sicily (7.8) and Campania (8.5).

On a national level, the Cgia Studies Office estimates that just under 3.3 million people go to the fields, companies, construction sites or homes of Italians every day for a few hours or for the whole day. irregular work activity: the irregularity rate is 12.8 per cent while the weight of the added value generated by the underground economy is 4.9 per cent.

More injuries and deaths where there is more illegal work

Although there is no linear correlation, for the CGIA it is evident that in the regions where there is more illegal work, the risk of having a number of accidents and deaths at work is higher. Unfortunately, official statistics “struggle” to demonstrate this assumption; where the underground economy is rampant, in fact, people who get injured or do not report the incident or, when forced to do so, declare falsehood in order not to cause any damage to the corporals or those who have hired them illegally.

Also for these reasons, the fight against accidents and deaths at work must be intensified everywhere but, in our opinion, the inspection activity should be strengthened especially in areas where the presence of the underground economy is more widespread.

In recent days, the National Labor Inspectorate has presented some data on the rate of irregularities recorded in some provinces following the enforcement action carried out by the structure against non.compliance with safety regulations in the workplace. For the CGIA, the results that have emerged are “gruesome”: on average the irregularity would amount to around 80 percent, thus coming to say that almost all Italian companies are not in compliance with the provisions of the law on safety in places of work. We would like to clarify – claims the CGIA – that these conclusions do not correspond to the truth. In fact, in the overwhelming majority of cases, INL inspection activity does not occur spontaneously, but is “solicited” by the reports that arrive at the offices of this structure from, for example, competing companies, trade unions, workers or , in the case of construction sites, including citizens. Therefore, in these “exits” the inspectors go without fail, thus obtaining very high positivity rates.

The undeclared must be countered, but not always criminalized

For the craftsmen of Mestre, the presence of illegal work is not just a problem of legality and the erosion of tax revenues, but it also causes serious economic damage to the many productive activities and services, to the artisanal and commercial enterprises which often suffer unfair competition from these subjects.

These “invisible” workers, in fact, since they are not subject to social security contributions, insurance and tax contributions, they allow the companies where they work – or themselves, if they operate on the market as false self.employed workers – to benefit from a much lower labor cost and, consequently, to charge a very low final price of the product / service. Obviously, services that those who comply with the provisions of the law are unable to offer.

In the South, however, this phenomenon represents for many people the only chance to bring home some money. In fact, we can affirm that the undeclared is also a real social safety net. Let me be clear, no one wants to justify illegal work closely tied to unacceptable forms of illegal hiring, exploitation and lack of security in the workplace. However, when these forms of irregularities are not linked to activities controlled by criminal organizations or to the cases just mentioned, they constitute, in difficult moments, a parachute for many people who otherwise would not know how to reconcile lunch with dinner. In Italy, we said, there are over three million people – employees who do their second / third jobs, redundant workers, retired or unemployed – who, waiting for better times, survive “thanks” to the proceeds attributable to irregular activities.

Too many “anomalous” contracts in construction

Of the 935 national collective bargaining agreements (National Collective Labor Agreements) in Italy, 351 (37.5 percent of the total) were signed by employers’ associations and trade unions for employees not belonging to the National Collective Labor Agreement. A mass of organizations that in the vast majority of cases represent almost no one, but allow an alternative to those companies and those subordinate workers who want to do economic dumping, and not only, bypassing the contracts signed by the most representative acronyms and widespread throughout the world. National territory. Of all sectors, the most critical situation is found in construction.

Against 74 national collective labor agreements, 37 (equal to 50 percent of the total) were signed by organizations not registered with the Viale Lubin structure. We remind you that activity on construction sites is the most at risk for the number of accidents and deaths in the workplace. We believe it is high time that iParliament put an end to this “deregulation”Which, in our opinion, also has negative implications on the high number of accidents and deaths present in this and many other production sectors.