Stuk’s former CEO became Russia’s nuclear power lobbyist and made a giant account in 10 years, now he says he’s had enough – “Like banging his head on a wall,” he tells HS 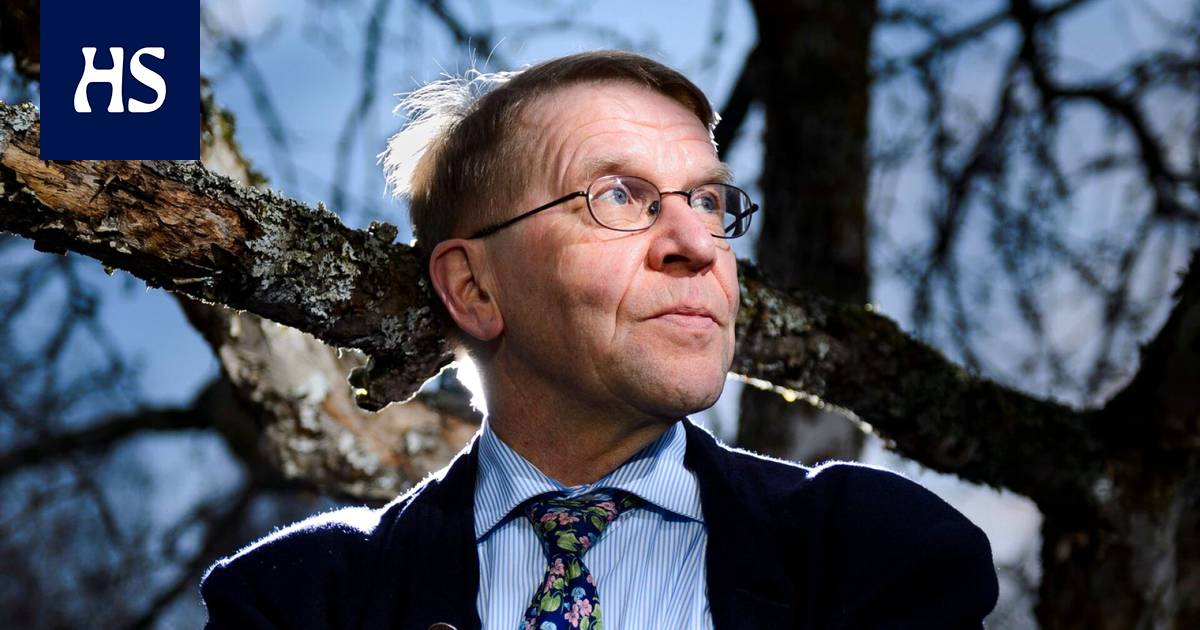 Jukka Laaksonen joined the bread of the Russian state-owned nuclear power company in 2012. “Like banging his head on a wall,” he describes Helsingin Sanomat’s work on the Fennovoima project.

Radiation and Nuclear Safety Authority (Stuk) former general manager Jukka Laaksonen, 74, has had enough. Launched in early 2012, the Russian state-owned nuclear power group Rosatom as chairman will end next summer, according to Laaksonen at his own request.

“I am now working part-time and I will quit completely in the summer,” says Laaksonen, who has worked for the Rosatom Group as a deputy director.

However, he has not been in charge of operational management, but has held a kind of expert position.

“It was important for the Russians to have a well-known person involved. I went to international meetings to talk about their facilities and their safety, ”says Laaksonen.

When Laaksonen started working, he did not consider himself a lobbyist. Now, years later, he admits to being Rosatom spokesman, speaker.

Tax information according to Laaksonen has had taxable income approximately EUR 400 000 per year.

Laaksonen confirms to HS that this is revenue from Rosatom. In return for his salary, he has written articles for international journals in the nuclear industry.

“The Russians did not understand how safe their nuclear power plants had become. I understood and told it to the world. ”

However, he recalls that he has paid taxes in Finland of about 200,000 euros a year on the salary paid by the Russian state nuclear power company.

In the first years of Rosatom, Laaksonen paid taxes to Russia. At that time, more was left in the wage, because the tax rate was 13, Laaksonen says.

Laaksonen An important task has been to promote Fennovoima’s Hanhikivi nuclear power plant project. Rosatom owns more than a third of Fennovoima through its subsidiary Raos Voima, and Rosatom is also the plant supplier.

“We have made safety documents and tried to get the Radiation and Nuclear Safety Authority to approve them. The agency’s safety assessment is the most important paper for Fennovoima’s project to receive a building permit, ”says Laaksonen about his work in recent years.

Job however, progress has been slow. Laaksonen says directly that “the situation is bad” and “the processing of permits has become strange”.

According to him, the reasons can be found in both Fennovoima and Stuk.

“There are too few crews in Fennovoima and that crew is like a legion of aliens. They should present the safety documents to the Radiation and Nuclear Safety Authority, but they will not be able to take things forward. ”

Laaksonen also worked for Stuk, where he worked from 1974 to 2012. From there, former colleagues and at the same time “general competence” have disappeared.

“Even the basic information at the Radiation and Nuclear Safety Authority has been unfortunate. Generations have changed and new ones have started from scratch. ”

Laaksonen believes that the basic problem has been that Stuk wants the entire safety documentation at the same time. Laaksonen, on the other hand, has tried to feed the documents forward a little at a time.

In his view, the making and approval of security documents has gone into a “paper spin”.

“Motivation here is declining all the time. It’s like banging your head on a wall when things have to be explained many times. ”

Laaksonen attitudes in the Soviet Union and Russia changed completely after the Chernobyl nuclear accident in 1986.

“We do not want to understand and admit the sophistication of Russian nuclear technology.”

According to Laaksonen, the end of the 1990s in particular was a time of openness in Russia’s nuclear power matters. At that time, Laaksonen was still an official in Stuk’s management.

“We got to the Russian nuclear power plants without any problems. Later Vladimir Putin Since then, mainly since 2009, the situation has changed dramatically, as the nuclear power plant of interest to us could no longer be reached beyond the gate. ”

In your current job at Rosatom, have you had access to nuclear power plants everywhere?

“I haven’t been to any of them. I haven’t even felt it necessary. ”

How, then, can you assure you that Russian nuclear power plants are safe?

“Yes, I know it by structure. I know it from the papers that are written. ”

Jukka Laaksonen completed his interview after the story was published on Friday. He says that while working for Rosatom, he has visited “the first Hanhikivi reference plants built in Russia, both at the NovoVoronesh and Leningrad power plants.

“They represent the generation of Russian nuclear power currently being built,” Jukka Laaksonen writes in his e-mail.

Laaksonen according to the understanding, the Loviisa nuclear power plant is considered to be a very safe and good plant in the world. The power plant was once commissioned from the Soviet Union.

“But Hanhikivi is an order of magnitude safer. Safer than any other nuclear power plant in the world at the moment ”.

According to him, the different question is, “can it ever be built”.

Will we get it?

“It’s time to show. This conflict is one thing and if it does not fall into it, then it depends on the sufficiency of Finnish builders’ money. ”

In the conflict, Laaksonen refers to Russia launching an offensive war in Ukraine.

HS wrote on Friday that the funds of the municipal companies involved in Fennovoima’s nuclear power project, ie ultimately the residents, will still be spent on Fennovoima. For example, the city of Vantaa estimates that tens of millions of euros may be transferred from its energy company to the power plant before the project collapses.

Read more: The Pyhäjoki nuclear power plant is progressing with Russian money, even if many shareholders want to leave the project – the background is a secret agreement, the terms of which are crushing for Finnish municipalities

Municipalities have required the Ministry of Employment and the Economy to stop the project quickly, even with an amendment to the law.

The voluntary exit of energy companies from the project has been made almost impossible or very expensive by a secret shareholder agreement.

“But the Russians feel there is enough money. That’s where the money is, ”says Laaksonen.

Experienced According to the nuclear power expert, Fennovoima’s Hanhikivi nuclear power plant will in any case become an “extremely expensive plant”.

“There will be a price for that nuclear power plant because it revolves around people [Fennovoiman hallinnossa] before the plant starts producing anything at all, ”says Laaksonen.

According to him, the payer in the project is also Russia, which owns more than a third of the entire project.

“I have received more money from Russia than the Finnish state ever paid me in my lifetime.”

Read more: The Pyhäjoki nuclear power plant is progressing with Russian money, even if many shareholders want to leave the project – the background is a secret agreement, the terms of which are crushing for Finnish municipalities

The writing was supplemented by Jukka Laaksonen’s statement on April 8, 2022 at 3:36 pm, according to which he had visited the nuclear power plants built in Russia while working for Rosatom.