After salmonella in chocolate: license for Belgian Ferrero factory revoked 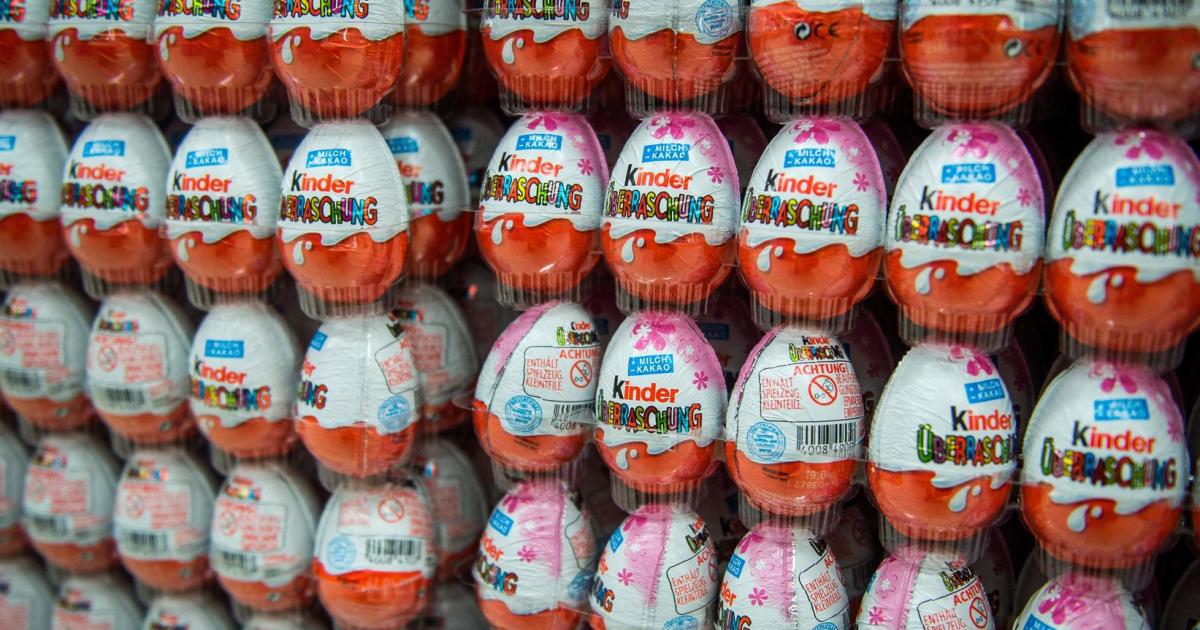 After several cases of salmonella became known, the candy manufacturer Ferrero admitted to mistakes in handling the recalls of some products. The Italian company admitted on Friday “internal inefficiencies that caused delays in recalls and information sharing.” Therefore, the investigations into the case were not carried out as quickly and efficiently as necessary, the statement said.

The news agencies Ansa and Adnkronos quoted from it on Friday evening. It had previously become known that the confectionery giant had to stop production at the factory in Arlon in Belgium for the time being. The supervisory authority Afsca announced on Friday that it would revoke the production license as a result of investigations. According to the announcement, Ferrero did not provide sufficient information for this. In the middle of the Easter business, all products have to be recalled from the factory, regardless of the production date.

In Austria, too, selected batches of children’s products are being recalled or removed from supermarket shelves as a precaution. According to Afsca’s announcement, all Kinder Surprise, Kinder Mini Eggs, Kinder Surprise Maxi and Schoko-Bons made in Arlon are affected. Afsca also asked all distributors to withdraw related products from retail outlets. The Arlon plant may only reopen once all food safety rules and requirements have been met. According to Ferrero, the Arlon plant accounts for around seven percent of the total volume of children’s products produced worldwide each year. Local solutions would be put in place to help consumers with the recall.

The cause of the contamination of Kinder chocolate with salmonella is believed to have been a filter at the outlet of two raw material tanks in a Belgian factory. Ferrero announced in a broadcast on Friday that the presence of salmonella was detected in Arlon on December 15, 2021. Investigations were then launched to find the place of origin. On Friday, the authorities stopped production in Arlon.

Working with several food safety and health authorities in Europe, Ferrero said this has shown a genotype comparison match between reported salmonella cases in Europe and the Arlon plant. After it was clear that the filter was the cause, the materials and finished products were blocked and not released, and the filter was immediately replaced. In addition, “the already high level of controls on semi-finished and finished products has been significantly increased”.

“The matter is currently being investigated in collaboration with the food safety authorities,” assured Ferrero. “The recall, which was initiated as a precaution and relates to products manufactured in Belgium, will be implemented with the trading partners in all target countries for the affected batches of Kinder Surprise Eggs, Kinder Mini Eggs, Kinder Surprise Maxi 100g and Kinder Schokobons.” All other children’s and Ferrero products are not affected by this recall. “We deeply regret this matter and would like to thank the authorities for their ongoing cooperation and recommendations.”

It is unclear why Ferrero did not recall the products already in circulation at the time. Numerous European countries have recalled the children’s products. According to the EU authorities, 105 confirmed salmonella cases and 29 suspected cases have been registered so far. According to the Agency for Health and Food Safety (AGES), there has not yet been a case in Austria. Christmas items also fall under the affected products.

At the beginning of the week, cases of salmonella were first reported in Great Britain and France. In the UK, it was mainly young children who contracted salmonella, the PA news agency reported on Monday. Shortly thereafter, Ferrero recalled some batches of Kinder Surprise Eggs.

In France, too, Ferrero recalled products at the beginning of the week after 21 cases of infection, according to the health authorities in Paris. According to them, it is genetically the same salmonella that is responsible for an outbreak of salmonella diseases in Great Britain and Ireland.

After Australia, the USA has also recalled the products in the children’s confectionery series. Because “Happy Moments Chocolate Assortment” and “Mix Chocolate Treats Basket” could be contaminated with salmonella and therefore pose a possible health risk, Ferrero is voluntarily withdrawing the goods from the market, according to a company announcement that the US Food and Drug Administration (FDA) said on Thursday (local time). ) published. Cases of illness in the USA have not yet been reported.

“A salmonella disease manifests itself within a few days after infection with diarrhea and abdominal pain, sometimes with crime and a slight fever,” reports the German consumer advice center. In healthy people, the symptoms usually subside after a few days. In certain cases, however, severe disease progression can occur, especially in infants, small children, the elderly and people with a weakened immune system.