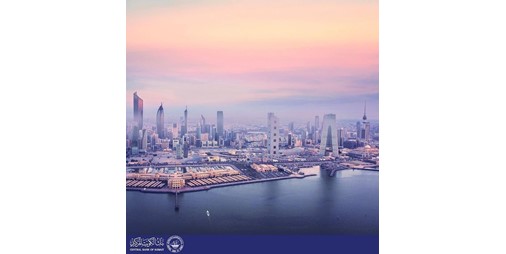 Standard & Poor’s affirmed Kuwait’s sovereign credit rating at (A+) with a negative outlook. The report dealt with four main parts: the rating overview (Overview), rating decision (Rating Action), rating prospects (Outlook), and rating rationale (Rationale). The following is a brief presentation of the main contents of the report.

First, an overview of the classification

• The agency expects that the rise in oil prices will lead to strengthening the public financial conditions and the balance of payments in Kuwait during the years 2022-2023.

• However, apart from this short-term support, the medium-term strategy for financing the budget deficit remains uncertain. The agency indicated that the General Reserve Fund has shrunk as a result of the failure to pass the new public debt law so far. Nor has progress been made on other funding arrangements, such as authorizing the government to draw directly and easily from the FGRF.

• Tensions have escalated between the government and the National Assembly once again, which reduces the possibility of implementing these reforms in the near future.

• The agency expects that the total government debt of the State of Kuwait will reach about 4% of GDP by the end of 2022, and it is estimated that the total financial assets of the Sovereign Wealth Fund (excluding the General Reserve Fund) will reach about 400% of GDP. Despite the protracted confrontation between the executive and legislative branches, the agency continues to assume that the government will overcome institutional constraints and have direct access to the FGF, up to a certain level, if other financing options are not available.

On Thursday, April 7, 2022, Standard & Poor’s affirmed the long- and short-term sovereign credit rating of the State of Kuwait at (A+/A-1) with a negative outlook.

• The negative rating outlook primarily reflects risks over the next 12-24 months related to the government’s ability to overcome institutional barriers to implementing a future deficit financing strategy.

• There is a possibility to reduce the sovereign credit rating of the State of Kuwait if comprehensive and sustainable financing arrangements are not agreed upon. This can happen, for example, as a result of the continuous confrontation between the government and the National Assembly, which makes the government unable to implement financial reforms, pass the public debt law, or approve other sources of financing the public budget deficit if necessary. The rating could also be downgraded if the agency concludes that the government does not have the ability to draw from the Future Generations Fund to finance the financing needs of the public budget and repay the public debt, contrary to the agency’s current assumptions.

• The agency indicated the possibility of changing the future outlook of the sovereign credit rating of the State of Kuwait from negative to stable if the government succeeds in addressing the current restrictions on financing the public budget, by relying on the public debt law, authorizing the government to withdraw from the Future Generations Reserve Fund when needed, and a control program public financial conditions.

• From the agency’s point of view, higher oil prices and higher production volumes should help alleviate immediate liquidity pressures on the General Reserve Fund. Government liquidity pressures arose in previous years due to the expiration of the Public Debt Law in 2017, and the government has since not obtained a parliamentary mandate to borrow and has relied on the General Reserve Fund to finance deficits in the public budget.

• The State of Kuwait is expected to achieve a public budget surplus of 3% of GDP in 2022 (after a deficit averaging 15% of GDP annually for the past five years). Despite this, the budget is expected to return to a deficit of 1.4 percent of GDP in 2023 with the moderation of oil prices. We also note the emergence of reports of arrears to public entities and suppliers earlier this year, which indicates the continued lack of liquidity in the General Reserve Fund. The agency expects that the average annual public budget deficit will widen to 10% of GDP during the years 2024-2025.

• The agency indicated that it is usually difficult to reduce government expenditures for political reasons, taking into account the high percentage of salaries in the budget, which amounts to 60% of total public spending. Although the government’s proposed general budget for the fiscal year 22/2023 contains a 5% reduction in total government expenditures to reach about 21.9 billion Kuwaiti dinars, spending on salaries is still growing, and the bulk of the reduction will be at the expense of capital expenditures. . Moreover, the government’s efforts to reduce the non-oil deficit on the public revenue side have yielded limited results so far. Unlike most other Gulf Cooperation Council countries, the State of Kuwait has not yet implemented a value-added tax. The agency noted that the government’s financial results are highly dependent on developments in global energy markets given the limited progress that has been made so far to increase tax revenue through the introduction of value-added tax, or reduce key spending items – particularly public sector salaries.