What the markets are anticipating from the previous trading day 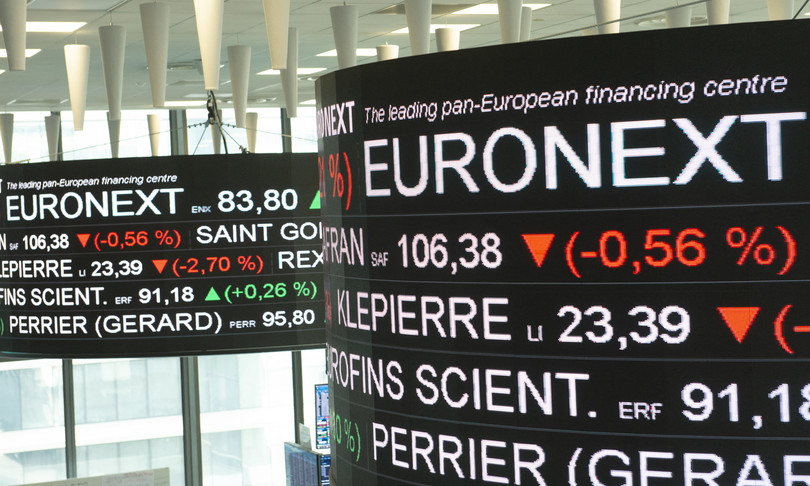 Despite the war, high inflation, decreasing growth prospects, and Fed hostility, markets are attempting to sort up. Even if Wall Street finished the session higher and the price of oil is declining, stock markets are starting to close the week in the red.

Investors are focusing on the most profitable firms and the most reliable dividends as they analyze the Fed’s upcoming aggressive actions. “Investors are preparing to deal with volatility – remarks Mariner Wealth Advisors’ Timothy Lesko – Regardless of daily highs and lows, the possibility of rising interest rates and fixed income returns causes investors to position themselves long-term “..

Oil prices are further sliding, with WTI below $ 96 a barrel and Brent nearing $ 100, after slipping below this level for the first time in three weeks yesterday. The robust release of crude oil reserves indicated by both the US and the International Energy Agency, as well as a wave of Covid infections in China, where protracted lockdowns, particularly in Shanghai and Shenzhen, could limit the Asian giant’s demand, are weighing on prices.

In the United States, the 10-year Treasury yield has been hovering around 2.667 percent since March 2019, while the 2-year has dropped below 2.5 percent. The 2-10 year yield curve, which had reversed last week, now lengthens. The 5-year Treasury rate dropped to 2.71 percent, while the 30-year Treasury rate closed at 2.68 percent after briefly reaching its highest level since May 2019.

I yields have climbed in recent days as investors consider comments in the Fed minutes that the central bank expects to decrease its large balance sheet by $ 95 billion per month and is likely to hike interest rates by 50 basis points at its May and June meetings.

James Bullard, a ‘hawk’ at the Federal Reserve Bank of St. Louis, interjected, claiming that current US inflation is akin to the peaks of 1974 and 1983, and that the Federal Reserve should raise rates by at least 3% by 20 to combat it. end of the year, which would imply a half-percentage-point rate hike at each of the Fed’s remaining six sessions this year. The President of Ukraine, Volodymyr Zelensky, will meet with the President of the European Commission, Ursula von der Leyen, today in Kiev.

Hp is controlled by Warren Buffett, who owns 11.4 percent of the company.

Warren Buffett, an American tycoon, acquires almost 121 million shares of Hewlett Packard. Berkshire Hathaway, the US financier’s holding firm, now has a 11.4 percent interest in HP valued around 4.2 billion dollars. Berkshire unveiled its interest in the SEC, Consob USA, on Wall Street, and shares of the IT behemoth soared nearly 15%.

Berkshire’s third large investment since Buffett outlined the new strategy in a letter to shareholders on February 26: “Internal opportunities promise considerably greater returns than purchases,” he said. Berkshire funded Alleghany Corp, an insurance company, for $11.6 billion in cash on March 21, and announced a 14.6 percent investment in Occidental Petroleum for well over $6 billion earlier that month. Buffett had been on the sidelines for six years before to the Alleghany acquisition, leaving Berkshire with $ 146.7 billion in cash.

The ECB’s minutes reveal a dispute on how to respond to the war’s shock.

Within the ECB, there are divisions on how to respond to the economic shock caused by Russia’s invasion of Ukraine. According to the minutes of the March 9-10 monetary policy meeting, some members of the board wanted to set a definitive date for closing asset purchases and, as a result, the start of the interest rate hike in the third quarter, citing that “preserving flexibility regarding asset purchases is not without costs.”

In view of the high level of uncertainty, other members chose a waitressing career path, observing that “clear and definitive moves were less justified” in the pre-war environment since “they could further damage confidence.” Christine Lagarde, meantime, announces that she has contracted Covid. “I’ve had booster shots, and the symptoms have been rather modest. Until I am fully recovered, I will work from home in Frankfurt. The European Central Bank’s operations are unaffected “, the ECB’s president declared in a tweet.