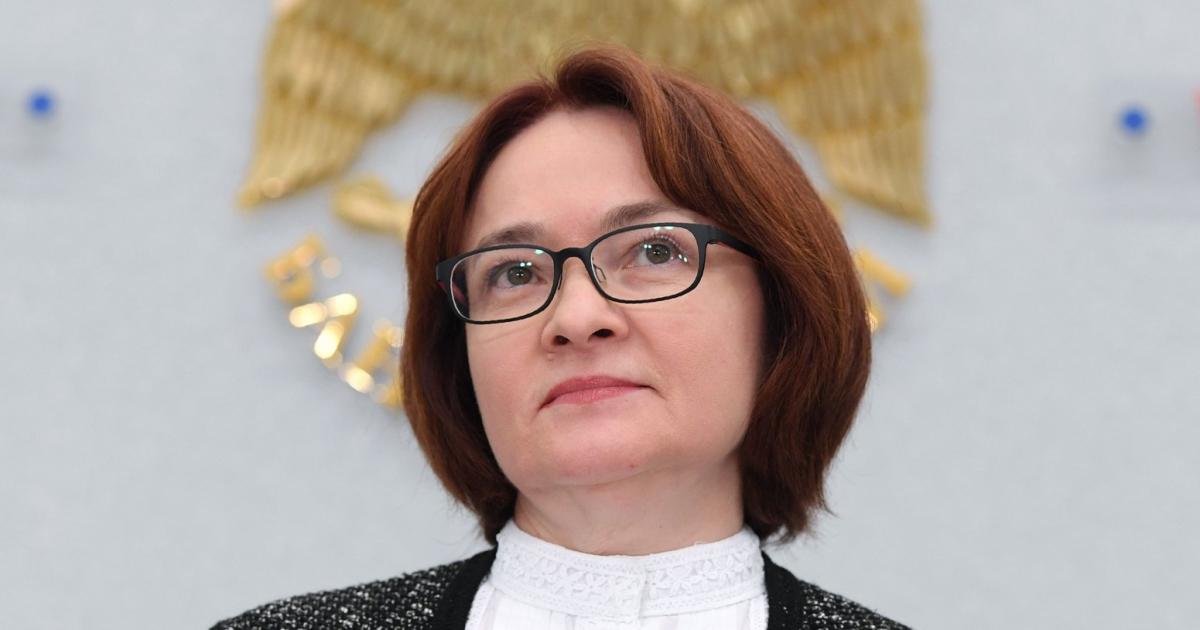 The 58-year-old governor of the central bank fends off western sanctions with fiscal policy tricks and surprising coups. Who is this woman whom even Putin shows respect for

When it comes to sending subtle hidden messages through clothing, Elvira Nabiullina can easily take on the British Queen. When she publicly commented on Western sanctions against the Russian central bank at the end of February, she was all in black. Observers interpreted this as bad news for the Russian economy.

Once before, at the beginning of the corona pandemic, she prepared her compatriots for hard times by demonstratively wearing a house-shaped brooch on TV. Message: Better stay at home! She likes to put a brooch in the shape of a dove on her blouse for interest rate cuts.

Previously known only in financial circles, Russia’s powerful head of the central bank moved into the international limelight as a result of the Ukraine war. And amazed many experts. Because as a crisis manager in the economic and currency war, she has been doing a job that is too good from the perspective of the West. With unexpected but cleverly thought-out fiscal policy moves, she is trying to escape the thumbscrews of financial sanctions and save her country’s economy from a crash.

The surprising currency coup of only accepting gas deliveries in rubles was her idea, as was the repayment of dollar bonds in their own currency. With both measures it supports the ruble. The course is almost back to pre-war levels. The key interest rate was lowered from 20 to 17 percent on Friday. That gives you time and air. And trust in the population. Because a bank run has so far been absent, as have bank failures.

But who is this woman who seems to grow with the size of the challenges? The 58-year-old, who was born in Tatar, comes from a modest background. Her father was a truck driver and her mother a worker. The gifted daughter stood out at the top of her class at school and graduated from the Moscow University of Economics with flying colours. Her professor described her as a “highly qualified, educated and very persistent person”. Nabiullina is married to an economist, her son Wassili studied economics in Manchester for a while and now teaches at the University of Economics in Moscow.

First woman at the top

Nabiullina’s career went uphill, which is a rarity for a woman in the male domain of finance, especially in Russia. In 2013, she became the first woman in a G-8 country to take over the reins of the central bank. Of course, with the blessing of President Vladimir Putin, for whom she previously worked as an advisor. She also held important positions in the Ministry of Economy and Trade. But anyone who sees Nabiullina as a mere puppet of the Kremlin misjudges her: “She turned out to be stronger than expected in the post of central bank governor,” says economist Anders Aslund of the Peterson Institute for International Economics in Washington.

Putin is not familiar with fiscal policy and gives the expert, whom he respects, a great deal of freedom. In March, the economist was renewed for another, third and probably most difficult term. However, observers want to know that Nabiullina wanted to resign because of the attack on Ukraine and that relations with Putin have been strained ever since.

The banker, who is considered to be economically liberal, is highly regarded by many foreign economists. Even WIFO boss Gabriel Felbermayr recently gave her roses. She has modernized the Russian central bank and steered her country through difficult times before. In 2014, when the West responded to the annexation of Crimea with tough economic sanctions, it supported the ruble and raised interest rates to 17.5 percent.

Despite the economic slump, she stuck to her monetary policy – with success. Inflation fell and the Russian economy picked up speed again. Seven years ago, Euromoney magazine voted her the best female central banker, and Forbes magazine even put her on the list of the most influential women in the world.