The chains that fight to keep the Garbarino and Ribeiro stores 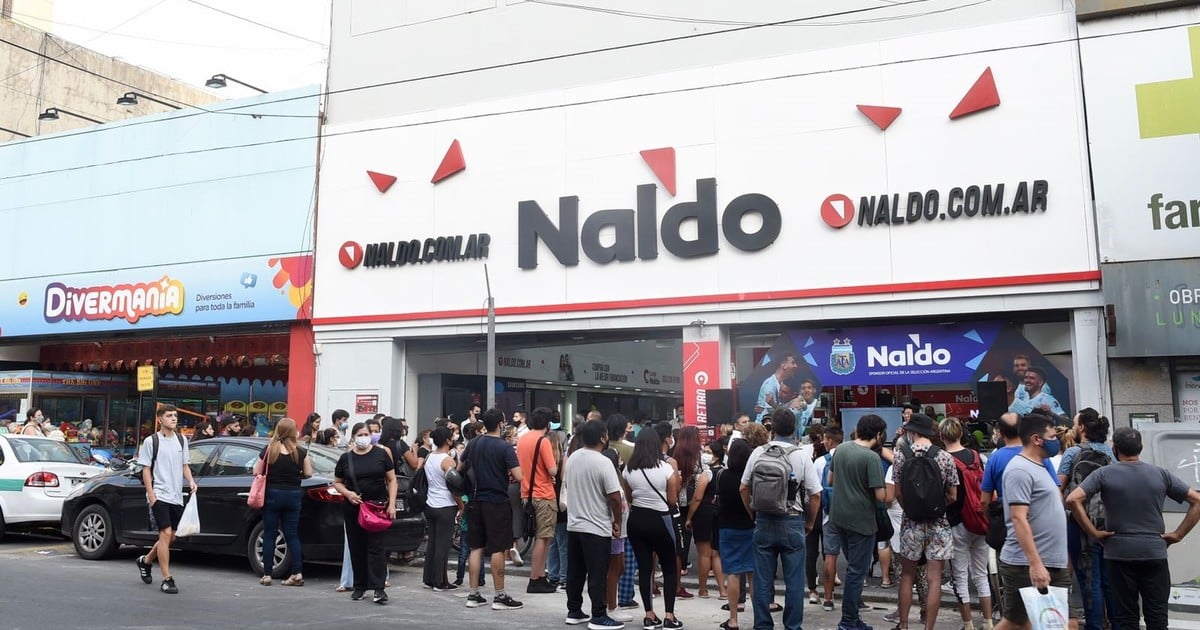 Despite the rise of online sales, domestic appliance chains take advantage of the Garbarino and Ribeiro crises and the withdrawal of Falabella from the country to occupy empty premises and gain market share. That is the strategy applied by Cetrogar, Naldo, Musimundo, Pardo and Megatone, among others. But also Frávega, which today has 109 branches and plans to add 8 new ones this year, most of which were from Garbarino.

Created in 1980 in Chaco, Cetrogar is one of the fastest growing. With 92 branches and a presence in 15 provinces, in the last semester they opened 5 points of sale and they plan to add another 6 before the end of the year. Pablo Cetrolo, its commercial director, points out that “sales recovered last year, but they are still between 20 and 30% below 2017”, considered the last good year for the industry.

Like many others, Cetrogar tries to consolidate the brand with a greater number of stores, with much lower rents and entry costs. It is a way to take advantage of the fall of Garbarino, who, cornered by debts, lawsuits and embargoes, entered into a call for creditors to avoid bankruptcy. Until 2020, it was the leading chain in the sector with 200 stores on the street, plus another 46 Compumundo points. For its part, Ribeiro had 85 branches at the time of being contested, in August 2021.

The availability of spaces, many of them in privileged locations (shopping malls, downtown corners in provincial capitals), attracted interested parties because the rents became cheaper and, in addition, the premises are already conditioned. “Values ​​have settled down and although eCommerce has grown, people want to buy in physical stores,” explains Luciano Ares, from Naldo, whose headquarters are in Junín.

Naldo has 76 of its own stores in 11 provinces. In the last year he added 9 starts: 5 were from Ribeiro and the other 4, from Garbarino. “The offer is hot and spaces can be found in important cities,” says Ares. The other advantage -he adds- “is that the premises are already set up, have a forklift and a warehouse, which greatly reduces entry costs.”

Everything is part of a curious pirouette of trends. In the quarantine, the chains boosted online sales and reduced their structures to survive. The gurus stepped on the stick again, because today attendance predominates. “Before, eCommerce used to represent 10% of turnover and now it ranges between 15 and 20%”, says Germán Greco, CEO of the Argentine subsidiary of Motorola. Tech companies are also expanding their own chains.

The revaluation of the physical store also generated a greater fragmentation of the market. The case of Frávega is illustrative. The chain has reduced its structure in line with the drop in sales in recent years, but now it is expanding again. It has just added a place that Garbarino occupied in Ushuaia and for this year they calculate to add between 7 and 8 more. “If this is fulfilled, we finished above 2019 in square meters of surface”, They pointed out from the company.

“In 2021 we will open 12 branches and we estimate to open 5 more throughout the year,” says Juan Manuel Pardo, director of the homonymous chain. Born in the Buenos Aires town of Colón, it has 66 own stores to date, distributed in Buenos Aires, Córdoba, Santa Fe and Entre Ríos. “Obviously -says the businessman- electronic commerce exploded, but people like personalized attention, especially inside”.

Specialists point out that the functionality of the premises was expanded. They fulfill the traditional role of the point of sale, but are also used as rooms to display products and, more recently, as pick-up points for online purchases. The equation for strings is simple. The cost of selling through a marketplace (Free Market, Tiendanube, among others) represents 15% of the ticket. “In a physical store, the percentage today is lower,” they say.

Sceptrogar’s expansion is no surprise. “Now there are more possibilities from the building to advance in the territoriality of the brands”, says Cetrolo. The businessman recalls that the firm was born 40 years ago and that today’s energy is focused on positioning the chain’s image in the market. Not only appliances, since Cetrogar It also has 7 stores for the sale of motorcycles.

The Samsung store is a store that allows you to touch and try the brand’s products.

Local market dynamics intersect with manufacturers’ global strategies. Thus, the main technology companies are installing their own stores with complementary logics to traditional retail. Samsung pioneered. More than 10 years ago, it installed its first Samsung Store in the Buenos Aires neighborhood of Belgrano and last week he just inaugurated one in Ushuaia.

To the date, the Korean brand accounts for 61 mouthsof which 44 are corners, that is, smaller establishments but that fulfill the same functions: display the catalogue, attend to claims, sell and also serve as delivery points. Samsung stores are managed by Mirgor, which manufactures cell phones and TVs for the company. Mirgor also has his own online store, Diggit, where he offers products from different brands.

Motorola has just inaugurated two “Motorola Flagships” (in Palermo and at Unicenter), but it already had 21 corners located in different malls. “They are to offer the experience of trying and playing with phones,” says Greco. The senior executive assures that his stores “offer things that traditional retail cannot.”

Xiaomi goes in the same direction. The Chinese giant opened its first store in the Abasto shopping mall (managed by Etercore), which constitutes the official landing in the country. Xiaomi is the world’s third largest cell phone manufacturer, behind Samsung and Apple. The company is in negotiations with BGH and Etercore to produce in Tierra del Fuego. 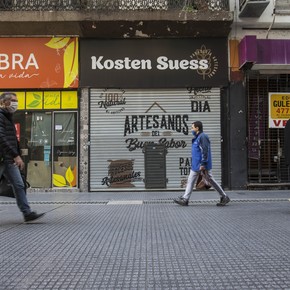 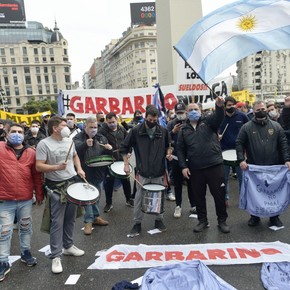