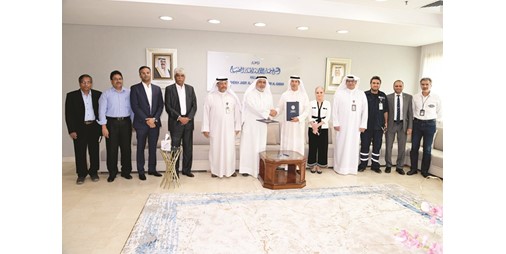 The Petrochemical Industries Company announced the signing of a notice of transferring the ownership of the assets of its fertilizer factories in the Shuaiba Industrial Area in Kuwait with “Nasser Muhammad Al-Baddah and Partner General Trading and Contracting” in light of the sales contract that was signed with them at a value of approximately $18 million, whereby the factories were put up for sale. After completing all procedures and obtaining the approvals of the Petrochemical Industries Company Board of Directors, the Board of Directors of the Kuwait Petroleum Corporation and the Supreme Petroleum Council, the contract was signed after awarding on December 16, 2021.

The CEO of the Petrochemical Industries Company, Mutlaq Al-Azmi, said that the sale of factory assets was open to companies from inside and outside Kuwait, and two rounds of negotiation were conducted to obtain the best results and award the auction to the company that offered the best price, noting that the terms of the contract included monitoring the Chemical Industry Company. To implement the project to dismantle the factories, which may extend for 36 months, with the aim of ensuring compliance with the laws of the company and its social responsibility and achieving all health, safety and environment requirements.