The Egyptian ambassador is $15 billion in investments 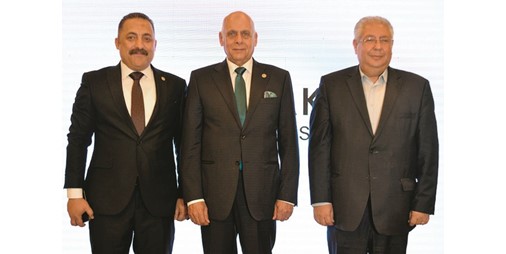 The Egyptian Ambassador to Kuwait Osama Shaltout confirmed that the volume of Kuwaiti investments in Egypt at the end of last year amounted to about 15 billion dollars, distributed over a number of main sectors, especially the real estate sector.

Ambassador Shaltout’s speech came during the Ramadan Ghabga for Tabarak Holding Company the day before yesterday, as he confirmed that the real estate, hotel, administrative, commercial and other fields witnessed a great renaissance in Egypt, as evidenced by the size of the large foreign investments that Egypt attracted during the past few years, especially after it started The investor feels safe, secure and stable.

He added that Egypt has witnessed, during the recent years, during which the Egyptian President Abdel Fattah Al-Sisi took over, a great renaissance at all levels, as the country witnessed a great development in infrastructure through the construction of more than 10,000 km of new roads, in addition to raising the efficiency of 40,000 km of existing roads. . He said that Egypt also witnessed the construction of 64 new residential cities, including 20 new cities and capitals in the governorates, including the new administrative capital, which will accommodate 6.5 million Egyptian citizens, as well as the establishment of 6 new ports and 6 airports, in addition to the decent life initiative related to the rehabilitation of more than 4,600 villages. Egyptian. Shaltout touched on the large tourist movement between the two countries, and said that it is sufficient to know that the movement of passengers to and from Kuwait exceeds 15,000 citizens per week, which indicates the extent of the brotherly, economic and commercial relations that link the two countries.

In turn, the Chairman of the Board of Directors of Tabarak Holding Company, Ali Al-Sherbani, said that with the increasing impact of the repercussions of the economic challenges the world is witnessing and fears of the inflationary wave, the global economic downturn, and the impact of tensions on the paths of global economic growth, any investor looking for a safe climate has no choice but to gather His planning powers, taking a deep economic breath, monitoring successful experiences, looking forward to guaranteed returns, and making the right decision at the right time and vision that achieve success.