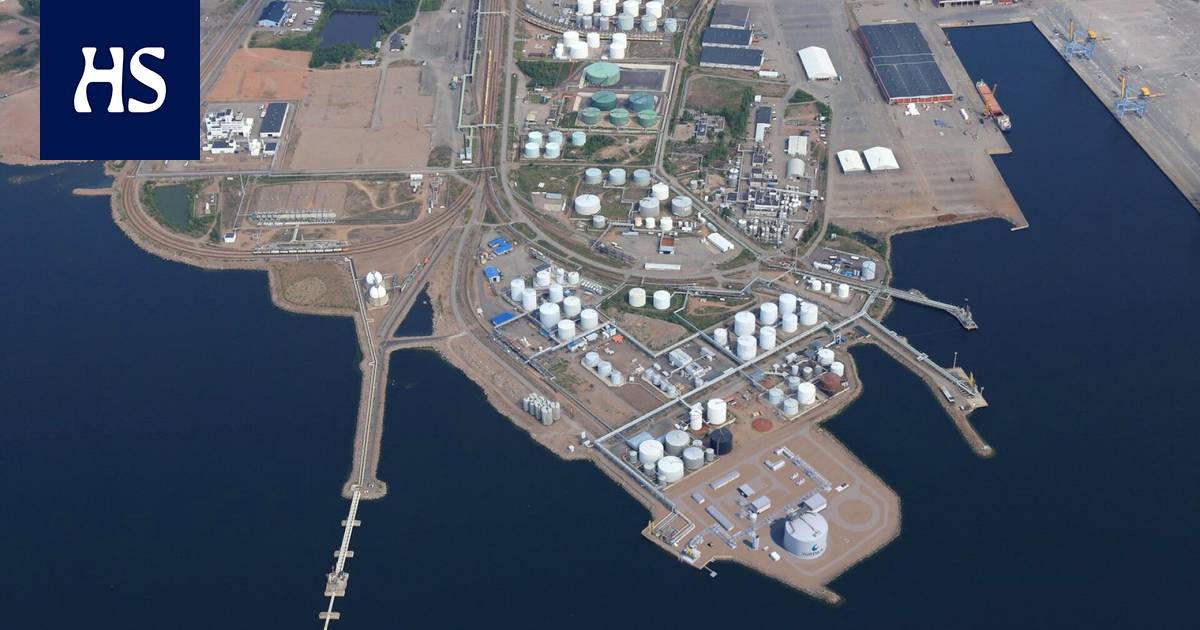 The terminal’s capacity can be increased in four years to cover more than half of Finland’s gas consumption, Hamina LNG Oy says.

Liquefied Hamina’s lng terminal, which enables the import of natural gas, is nearing completion for commercial use next October, says Hamina LNG Oy.

According to Mattila, by increasing the terminal’s evaporation capacity, its network supply capacity could be doubled in two years to seven terawatt hours per year, which would correspond to less than a third of Finland’s annual gas consumption. Plans to increase capacity have already been launched.

“If a new tank and related infrastructure were built at the terminal, capacity could be further doubled to 14 terawatt hours a year, which would already account for more than half of Finland’s gas consumption,” says Mattila.

According to Mattila, such an expansion could be completed in about four years.

“There is room for another tank and evaporator in Hamina,” Mattila continues.

Lng that is, liquefied natural gas has become a hot topic after Russia’s attack on Ukraine, as ways to get rid of Russian fossil energy have begun to be considered across Europe.

In this regard, the Minister of Economic Affairs Mika Lintilä (kesk) announced last week that Finland and Estonia will jointly lease the lng terminal ship, which is scheduled to be operational next winter.

The ship would probably be located in Paldiski, Estonia, next winter, as there is no lng-compatible port in Finland yet.