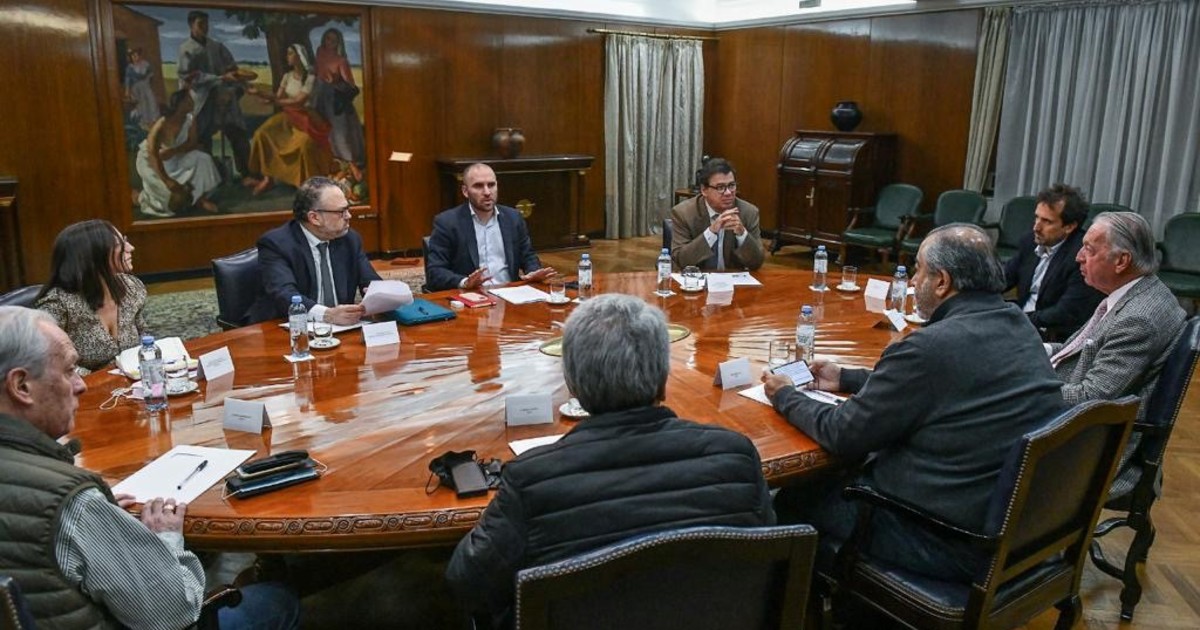 This noon began the joint negotiations called by the national government. Between this Monday and the next, all the sectors will have their first meeting and will try to bring their positions closer together in a scenario of rising inflation and declining wages.

The first sector that sat down to exchange positions is the clothing industry, which has both workers and businessmen grouped within the Workers’ Federation of the Clothing Industry (Foniva). This is one of the items with the greatest urgency for salary updatingtaking into account that last year they closed an agreement of 41% and today annual inflation is around 52%.

On Tuesday it will be the turn of the chemical and petrochemical sectors, the food industry, textiles and travelers.

On Wednesday the mechanics, the television workers will begin the negotiations and next Monday it will be the turn of the wood industry, pastry chefs, private security, health and the hotel and gastronomic sector, among others.

The general and particular context

The sectors were convened under the same macroeconomic scenario, but with different internal realities. In general, it should be remembered that next Wednesday the Indec will announce March inflation and it is estimated that the value will be close to 6%. If this is confirmed, it will be the fourth consecutive month with an acceleration of the inflationary rhythm. It should be remembered that in November prices had advanced 2.5%, then the percentage increased to 3.8% in December, 3.9% in January and 4.7% in February.

The wagesfor its part, were adjusted 3.9% in November (total average between registered private, public and informal)2.6% in December and 3.8% in January. The reports for February and March have not yet been published, but the strong increase in prices suggests that most sectors lost purchasing power again during that period.

In particular, there are great differences between one sector and another.. Not only are there huge gaps in basic salaries, but also the adjustments achieved in past joint elections are very uneven.

Among the unions that were summoned by the Government, the ones that achieved the best parity in 2021 were the mechanics (Smata with 58.7%), that of the maintenance workers (Som with 56%) and that of private security workers (Upsra with 54.5%).

At the other extreme is the aforementioned sector of the clothing industry (41%)the traveling salesmen union (Fuva closed an adjustment of 42%), that of graphic employees (SGA) and that of television workers (Satsaid), the last two with adjustments of 45.5%.

However, it should be clarified that the best positioned items are those that implemented a review of what was originally agreed in 2021. Several unions had review clauses pending execution at the time they were called to negotiate by the National State.

The economic recovery that occurred from the relaxation of health restrictions was evident in many sectors and manifested itself in different economic variables, such as the level of activity in industry and unemployment.

The textile industry achieved an adjustment agreement of 45.5% last year.

However, big problems still weigh on the business sector and future projections are not ideal. Although there is greater clarity regarding the negotiations with the IMF -one of the greatest causes of uncertainty in recent months-, other difficulties persist such as growing inflation, the clamp on imports, the rise in interest rates (it makes borrowing) and high tax pressure, among others.

It is in this framework that the business chambers are sitting down to negotiate with the unions, which have already warned that they will seek adjustments above 50% per year and quarterly review clauses. Most unions have warned that they will not accept any wage increase that loses against inflation.

In conclusion, close negotiations can be expected, mainly from those activities with the highest salary delay and the lowest level of productivity.