According to initial estimates, about 22,000 people have been killed in Mariupol so far

Ukrainian President Zalansky has rejected an offer to visit German President Frank-Walter Steinmeier in Kiev. According to a report in the German newspaper “Bild”, Steinmeier planned to arrive in Kiev tomorrow (Wednesday) together with the presidents of Estonia, Latvia, Lithuania and Poland. However, his request for a meeting was denied by Zelsky. According to Bild, this is due to his previously close ties with Russian Foreign Minister Sergei Lavrov and his past support for tightening economic ties between Germany and Russia.

The Ukrainian Border Guard announced today that more than 870,000 refugees have returned to Ukraine. A spokesman for the Border Guard said that about 25-30 thousand Ukrainians return every day. The number of returnees increased after Russia withdrew from the area around Kyiv.

The military governor of the Donetsk region of eastern Ukraine, Pablo Kirilenko, said the situation in the besieged Mariupol was “difficult”, citing preliminary estimates that some 22,000 civilians had been killed in the city.

“The situation in Mariupol makes it difficult to relate to the number of dead, the city is under siege and closed,” Kirilenko said. Independent estimates of the number of casualties from the incessant Russian bombing of the city are not available. Ukrainian President Volodymyr Zalansky said a few days ago that “tens of thousands” had died in Mariupol.

Kirilenko also referred to reports of a chemical attack in Mariupol, the details of which have not yet been fully confirmed. “We know that last night around midnight a drone dropped an explosive that is not known until now. People who were in and around the area, three of them started to feel bad, “he said.” We heard that there were three people who were injured, taken to the hospital and received medical assistance. “At the moment, there is no danger to their lives.”

The military governor said the reports from the arena were preliminary and therefore he could not “confirm them 100% or respond to them”, but he could confirm that the incident had taken place.

The Russian president has once again spoken at the Cosmodrome Vostoczny spaceport, where he is visiting with Belarusian leader Alexander Lukashenko. According to Reuters and Tass news agencies, Putin said negotiations with Ukraine were at a dead end after Ukraine deviated from the agreements reached at the Istanbul peace conference.

According to him, the military operation is “conducted as planned” and that Russia’s goals in Ukraine are to meet all targets and minimize losses. The end of the operation, he claims, depends on the “intensity of the fighting.”

Putin claimed that Russia’s financial system was working well and that the West’s economic “flash war” had failed, but he also said the risk of harm from sanctions could rise in the medium and long term, and that he “hopes common sense wins in the West”. According to him, the West does not understand that “difficult conditions unite the Russian people.”

Putin reiterated the Russian claim that the documentation of the bodies in the town of Bocha was forged.

A CERT-UA statement read: “The organization has suffered two waves of attacks. The initial incident occurred no later than February 2022. The disconnection of the power stations and the dismantling of the company’s infrastructure were set for Friday evening, April 8.” According to the statement, the authorities were able to prevent the attack from occurring.

According to cyber security company Eset, the malware installed was an upgraded version of malware that caused power outages in Kiev in 2016.

The hacker group has been linked in the past to destructive cyber attacks attributed to Russia. Russia, for its part, has consistently denied allegations that it launched a cyber attack on Ukraine.

In Ukraine it is reported that the bodies of six people with gunshot wounds were found in a basement in the city of Brovary, near the capital Kyiv. According to the Prosecutor General of Ukraine, the bodies were found during an inspection of a private residence. He said the killings were carried out by Russian forces that took control of the area at the beginning of the invasion of Ukraine.

Nokia today officially announced its exit from the Russian market. “It has been clear to Nokia since the first days of the invasion of Ukraine that our continued presence in Russia will not be possible,” the Finnish telecom company said in a press release.

According to the company, its first priority will continue to be the safety and well-being of its employees. “For humanitarian reasons, Western governments have expressed concern about the risk of critical communications infrastructure failure in Russia,” the statement said.

The announcement also emphasized the importance of ensuring the continued flow of information and access to the Internet, which provide “external perspectives” to the Russian people. “Therefore, upon departure we will strive to provide the necessary support for the maintenance of the networks and we approach the granting of the relevant licenses to enable this support in accordance with the current sanctions,” it read.

Nokia has announced that it does not expect its move to affect its financial forecast and that Russia is responsible for less than 2% of its sales in 2021.

Nokia joins Swedish telecom company Ericsson, which announced yesterday that it has suspended its business in Russia indefinitely.

Russian President Vladimir Putin has said that Moscow’s military operation in Ukraine will undoubtedly achieve its “noble” goals. Putin, who was speaking at an awards ceremony at the Cosmodrome Vostochny spaceport in Russia’s Far East, is expected to soon meet Belarusian leader Alexander Lukashenko.

According to Russian news agencies, Putin said Moscow had no choice but to launch a military operation to defend Russia, and that clashes with anti-Russian forces in Ukraine were inevitable and were only a matter of time. 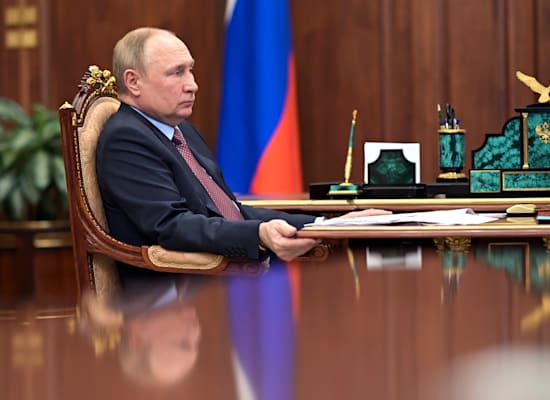 According to Reuters, the Russian president said his country had no plans to isolate itself from the rest of the world, and that the forces carrying out Russia’s military campaign in Ukraine had acted courageously and effectively. He said Russia could no longer tolerate the genocide of Russian-speaking citizens in the Donbas area.

Putin justified the invasion of Ukraine and said he had made the “right decision.” “On the one hand, we are helping and rescuing people, and on the other hand we are simply taking measures to ensure the security of Russia itself. It is clear we had no choice. It was the right decision.”

Ukraine is examining unverified information that Russia may have used chemical weapons during the siege of Mariupol in eastern Ukraine, according to Ukrainian Deputy Defense Minister Hanna Maliar. “There is a theory that these may be phosphorus bombs,” she said, adding: “Official information will come later.” 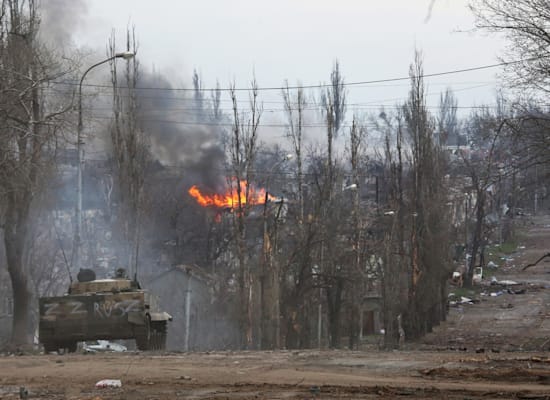 Reuters reports that the Russian Ministry of Defense did not respond to a request for comment. The Russian news agency Interfax reports that pro-Russian separatist forces in Donetsk have issued a denial of the use of chemical weapons in Mariupol.

Officials in Ukraine have announced that about 100,000 civilians remain in the besieged city. Against the backdrop of heavy fighting within the city, General Valery Zelozhny, commander of the armed forces in Ukraine, said that “the defense of Mariupol continues.” According to reports in Russia, the port of Mariupol was occupied by Russian and pro-Russian forces.

Ukrainian President Volodymyr Zalansky has warned of a new phase in Russia’s war against his country, in which the Russians will use chemical weapons – as a new phase of terrorism against Ukrainian citizens. The mayor of Mariupol, who has been under Russian attack for weeks, claims that more than 10,000 civilians have been killed in the Russian attacks so far.

Ukrainian forces claim they have managed to hit a Russian weapons depot.

US President Joe Biden has warned India against increasing energy imports from Russia. Indian President Narendra Modi has recently tried to take advantage of the Western boycott of Russian energy to obtain better contracts for his country.

Austrian Chancellor Karl Nihammer, who met with Russian President Vladimir Putin yesterday (Monday), expressed pessimism about the prospect of ending the war between Russia and Ukraine.