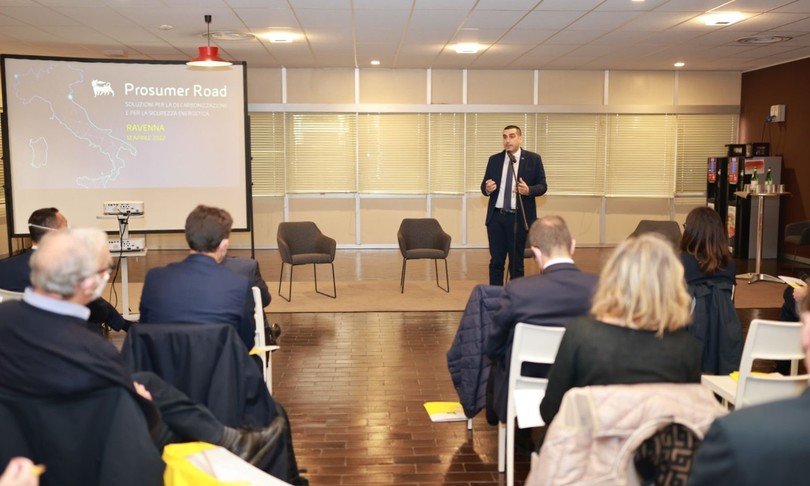 With the first stage in Ravenna, Eni launches “Prosumer Road”: a series of meetings with consumer associations, institutions and representatives of Confindustria on the issues of energy, transition and the circular economy. The initiative intends to promote dialogue between the various components of civil and industrial society with a view to sustainability and integrationthrough meetings in the territories where Eni is present.

The aim is to reflect on the citizen’s role as a protagonist of the energy dimension, initiating a dialogue on the solutions available and on the short and medium-term prospects to accelerate the transition process in the current energy and environmental context and at the same time guaranteeing safety. in the availability of energy sources accessible at all and at competitive costs.

The first stage opened the doors of Eni’s central-northern district in Ravenna, where solutions for decarbonisation and energy security were discussed. The topics of the meeting were the energy context, the role of gas and technological innovations: from the capture and storage of carbon dioxide to the production of electricity through the wave mode.

At the end of the meeting, the visit to the Casalborsetti plant took place. Through these workshops, the company informs, Eni wants to tell about its activities showing how they are based on respect for the environment, safety and the circular economy, involving local realities to provide its own contribution to the ecological transition. Eni has been operating in Ravenna since 1952, the year of the first discovery of gas, and since then an industrial district of international importance has developed, in balance with other local excellences such as tourism and agro-food specialties.