Food prices are rising and rising 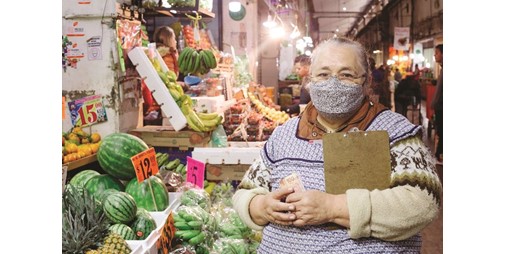 Global food prices have exploded, recording their biggest rise in years, after the war in Ukraine affected the supplies of grain and vegetable oils, which could lead to more poverty and hunger in poor countries, including some Arab countries.

The food price index for the month of March, issued by the Food and Agriculture Organization of the United Nations, showed the largest monthly rise in 14 years, as the index rose to its third record high in a row.

Food prices jumped during the past month by 34% compared to the same period last year, and increased by 12.6% compared to what they were in February, a rise described by the organization as a “giant leap”.

A report published by the British newspaper “Financial Times” said that the sharp rise in food prices globally resulted from the war in Ukraine disrupting supply lines.

The newspaper added that many poor countries in the world are already still struggling with the effects of the Corona virus, and many countries in the Middle East and North Africa depend on both Ukraine and Russia for the production of grain and vegetable oils.

Food price inflation has helped spark protests in a number of countries, including Sri Lanka, where the issue has caused a severe economic and political crisis.

“The conflict in Ukraine is raising concerns about the impact on food security around the world,” said Beth Bichdoll, Deputy Director-General of the Food and Agriculture Organization of the United Nations.

According to estimates by the Food and Agriculture Organization and the Ukrainian government, 20-30% of the land in Ukraine that produces winter grains, corn and sunflowers will remain uncultivated this spring or will not be harvested in July and August.

The resulting global gap between supply and demand for food and feed could raise international food prices by an additional 8% to 22% above their high levels, according to the Food and Agriculture Organization.

Russia and Ukraine are major exporters of grain and sunflower oil, accounting for about 30% of global wheat trade. Russia has continued to ship wheat since it invaded its neighbor last February, but Western sanctions have complicated payments, creating uncertainty over supplies.

The World Bank warned that rising food prices could cause lasting damage to low- and middle-income countries, and could contribute to pushing millions of people into poverty.

According to the Food and Agriculture Organization, nearly 50 countries depend on Russia and Ukraine for at least 30% of their wheat imports.

In 2021, 36 of the 55 countries experiencing food crises depended on Ukrainian and Russian exports for more than 10% of their total wheat imports, including 21 countries suffering from a major food crisis, according to the Financial Times.