Meta is testing the sale of virtual goods through Horizon 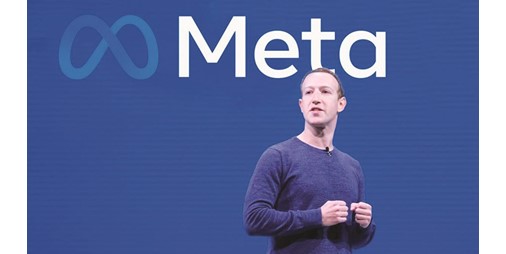 Meta CEO Mark Zuckerberg seeks to make it easier for people to spend and earn money on the virtual reality platform known as Horizon Worlds, which is an integral part of Meta’s plan to create the so-called “metaverse”.

In a video, Zuckerberg said Meta is testing new tools that allow creators to sell virtual assets and experiences within the worlds they build on Horizon.

“The ability to sell virtual items and access things within realms is a new part of the e-commerce equation in general,” Zuckerberg said, according to CNBC.

He added: “We are starting to bring this up with a few content creators and we will see how it goes, but I imagine that over time we will start bringing it more and more.”

Meta said that someone could make and sell accessories for the virtual environment for things that focus, for example, on fashion or offer paid access to a new part of a particular world.

What is Horizon Worlds?

The game’s meta released on Oculus VR headsets in the US and Canada on December 9, but has yet to be released worldwide.

Over the past few months, companies and individuals have snapped up the art and real estate offerings in virtual worlds on platforms like Decentraland and The SandBox. Hip-hop star Snoop Dogg bought a virtual land and a fan paid $450,000 in December to buy a plot of land next door to him in The Sandbox.

Previously, buying and selling digital assets was not possible at Horizon Worlds but the company knows that there is money to be made through metaverse (augmented virtual reality).

In fact, Citibank estimates that the Metaverse economy could be in the range of $8 trillion to $13 trillion by 2030.

In turn, Meta Company said in a blog post: “The equation – by its nature of not being restricted by physical space – will bring a new level of creativity and open new opportunities for the next generation of creators and companies to pursue their passion and create their livelihoods.”

In addition to in-world purchases, some US-based VR creators will also be paid directly from Meta for their work.

“We have funds to help compensate and reward the people who build amazing worlds at Horizon,” Zuckerberg said.

The rewards will be based around goal-oriented monthly programs where creators are paid at the end of the month in exchange for completion percentages.