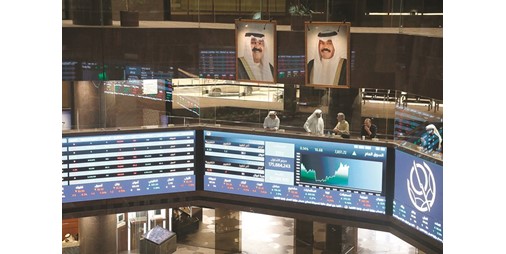 The Kuwait Stock Exchange ended the trading of the second week of Ramadan to continue the collective gains at the level of all its indices, especially the main index that includes most of the listed companies, which witnessed a remarkable increase in light of the buying momentum on medium and small stocks.

This continuous rise in the performance of the stock market is in line with the positive data that the stock market enjoys in general, foremost of which is the stability of the price of a barrel of Kuwaiti oil above the level of $100 per barrel, which is positively reflected on the overall economic activity in the country, in addition to the clear growth in the financial results of companies and banks. during the last fiscal year.

In another context, the value of foreign ownership in Kuwaiti banks declined to 3.123 billion dinars, compared to 3.145 billion dinars last week, due to the decline in the price values ​​of some bank shares during the week’s sessions.

According to the stock exchange’s statistics on the percentages of foreign ownership in Kuwaiti banks on April 13, purchasing transactions were dominated during the week by an increase in ownership rates in 5 banks, namely, the National Bank of Kuwait, the Gulf, the Kuwait Finance House (KFH), Boubyan, and Al-Ahly, while their ownership declined. The 3 banks are Burgan, KIB International, Warba, and settled in Al-Tijari and Al-Muttahed.