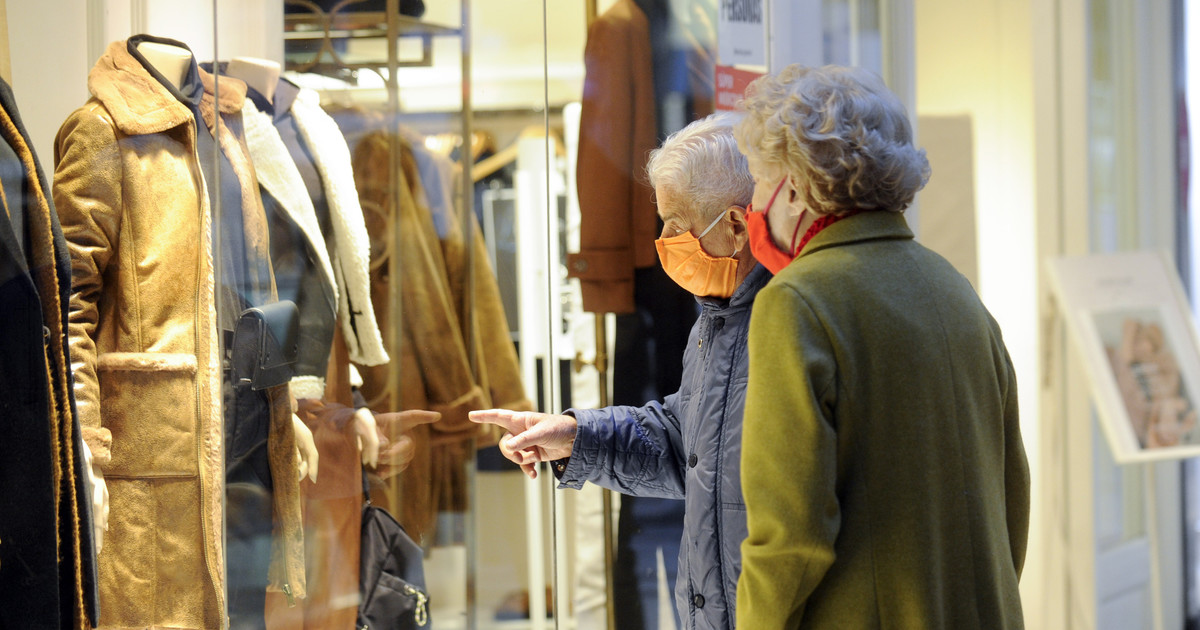 In the midst of escalating inflation, clothing has been beating wages, food and the general price index by several bodies. This is shown by the INDEC measurement: textiles increased 67.3% in the last twelve months, against a 59.7% rise in food prices and 55% in general inflation.

In the month, the clothing category climbed 10.9% against a consumer price index of 6.7%.

with close to 500,000 direct and indirect jobstextiles is one of the sectors most protected by import controls and with a very oiled relationship with the government, since the Secretary of Industry, Ariel Schale, comes from the Pro Tejer Foundation.

Faced with criticism on the networks for the rise in prices, Pro Tejer came out to defend itself with the argument that the jump in prices is a consequence of the increase in international costs, the launch of the autumn-winter season and even the war in Ukraine.

“The sector has dollarized inputs; There are some inputs that the country produces, such as cotton, but its price is set in international markets and it had an increase of 108% in dollars compared to the pre-pandemic,” the executive director of the Pro Tejer Foundation, Priscila, told Télam. Makari.

And he explained that synthetic fibers are imported inputs that had increases greater than 40% in dollars in relation to the pre-pandemic. Makari stressed that “this dynamic of international prices deepened by the conflict between Ukraine and Russia“, and estimated that this could continue to put pressure on inflation. “If international prices do not give way, this factor, which is very powerful, translates into locally manufactured inputs.”

Makari further said that “March is a month in which the autumn-winter season is launched, every March and September, when the spring-summer is launched, there are price spikes“.

Clothing was 20% cheaper between Dec-16 and Aug-19.
And it became more expensive 36% between Dec-19 and Mar-22.
It is the protection of the business of a handful of entrepreneurs in exchange for the poverty of millions. pic.twitter.com/k5lAorukn3

Makari also took aim at INDEC, saying that the measurement of the sector focuses on shopping malls, “who sell premium brand clothing”and have higher rental, marketing, and advertising costs than other sales channels.

“There are a lot of increases lower and more accessible prices and good quality in showroomfairs, Avellaneda street that have a different logic of prices and more components of national clothing than a mall,” he said.

From Pro Tejer they maintain that the sector does not have special protection from the government. “Imports of clothing increased 81% in the first quarter of 2022 compared to the same period in 2021 and 57% if compared to 2015″. Still, measured in tons, the import is at the lowest level since 2016.

The economist Matías Surt, from the consulting firm Invecq, counterattacks that “the rise in clothing prices It has to do directly with the change in the government’s trade policy“.

“Prices in the clothing sector fell 20% between December 2016 and August 2019”, the period in which the arrival of imported products grew the most, during the government of Mauricio Macri.

For this analyst, the decline in imports goes beyond the need to take care of foreign exchange. “Imports in the sector fall more than the rest of imports… which means that there is a special policy for the sector”.

The economist adds one more fact: the prices of clothing in Argentina go against the rest of the world. “Comparing with data from nearly 50 countries, clothing continues to get cheaper while in Argentina it has become more expensive since the end of 2019“.

“The sector is judged by the price increases of the last year without taking into account that they accumulated five years in a row of price indices below average inflation,” They answer from Pro Tejer.