Why did household income distribution improve if workers lost their share of the pie? 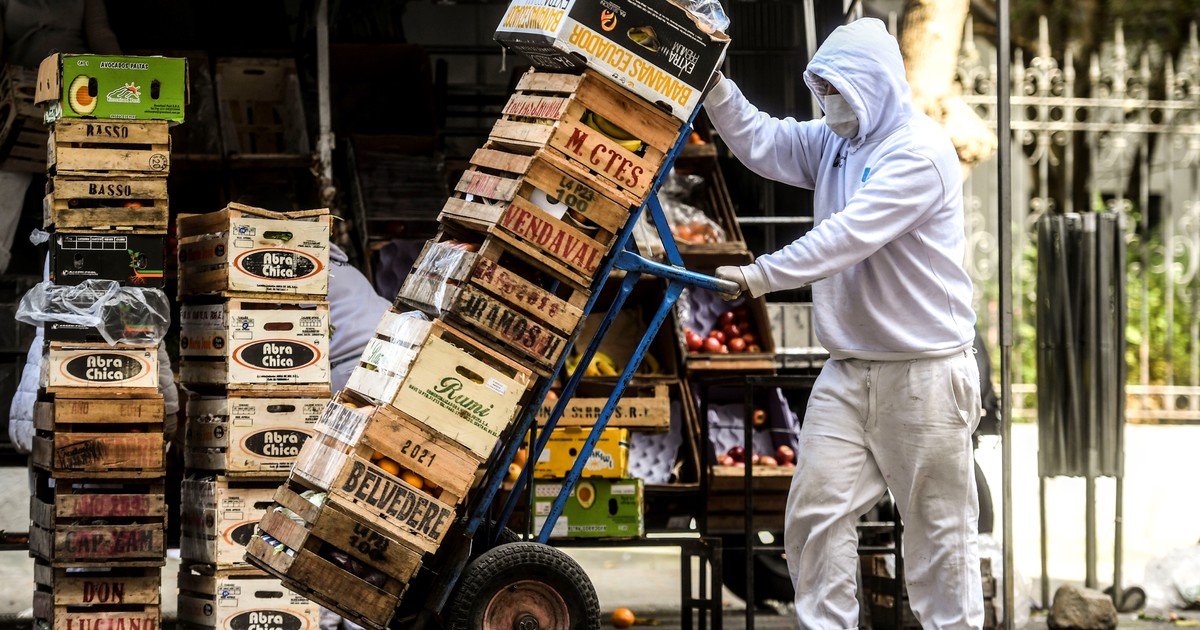 During 2021, the greatest economic activity was accompanied by a further fall in the share of wage earners in the total value of production. The wage bill fell from 48% of GDP to 43.1% of total income, according to data from the INDEC’s “Income Generation and Labor Input Account”.

At the same time, this reduction in the participation of employees in the distribution of the “cake”, which also occurred among the self-employed sectors, leveled down the income pyramid and statistically it had an effect of reducing income inequality between families and individuals.

Thus, the fact that the workers received a smaller piece of the “cake” but with increased employment of informal workers And older Social helps, allowed a little more money to enter low-income households, reducing poverty levels and shortening the distance with the rest. In 2021, poverty fell from 42 to 37.3%.

The smaller portion of the “cake” that the workers received was due to the rise in domestic prices and those linked to foreign trade wages deteriorated in relative and real terms and income of self-employed workers, to which was added the higher job insecurity reflected in the return to work of the informal workers.

A third of wage earners and more than 60% of the self-employed work informally, without contributions to Social Security, with wages and income more reduced.

“In this way it was consolidated the regressive trend in terms of income distribution that began in 2018. From 2017 to 2021, there was an almost systematic fall in the weight of wage earners in GDP, reaching 8.7 percentage points”, according to calculations by CIFRA (Information and Training Center of the Argentine Republic) based on the official data.

Meanwhile, adds CIFRA, “the reverse is evidenced a significant recomposition of profit margins (of the business sector). The private operating surplus increased from 46.4% of GDP to 54.3% between 2017 and 2021.”

“In this last year -he adds- there was the greater growth of margins appropriated by private companies (3.7 percentage points), even higher than the increase observed in 2018when in the framework of the devaluations that marked the exhaustion of the financial valuation it had increased by 2.7 percentage points”.

And he states: “The first signs of 2022 do not allow to notice a change of this regressive trend in income distribution, since the escalation of prices that took place in the context of the war in Ukraine accelerated the rate of growth of domestic prices”.

As a complement to this situation within families and individuals, reinforced by social assistance, the participation of the sectors with the least resources and the most precarious increased to the detriment of the income of the middle and higher income sectors.

And among retirees, the pension pyramid was flattened for the differentiated increase and the bonuses that were granted only to the lowest pensioners. In this way, inequality within families was reduced by a leveling down and not for a real advance of the most disadvantaged population and families.

Among retirees, the pyramid was flattened due to the differentiated increases. Photo: Orlando Pelichotti / The Andes

On the other hand, the Gini coefficient of people’s per capita family income was reduced, which indicates a decrease in inequality. It was 0.413 for the fourth quarter of 2021, while in the same quarter of 2020 it was 0.435. The 0.413 is lower than the 0.417 at the end of 2017, before the start of the recession and the outbreak of the pandemic.